One of the darkest periods at the United Nations took place in 1975 when Zionism was declared to be racism. A more “enlightened” General Assembly reversed this decision in 1991 – but the stench of politically driven antisemitism remained. No other group has suffered near physical extinction as the Jews have and few other groups suffer continued defamation to its national character and religious identity.

What anti-Zionists often intentionally overlook is the inherent connection of the Jewish people to the land. They try subterfuge linking the term strictly to a political movement connecting it to popular academic terms like “colonialism,” “occupation” and worse, “apartheid.” Whereas the Jew historically has been mythicized, dehumanized, marginalized and disallowed by the majority to determine its own fate, today the new form of antisemitism is politicized and attempting to destroy and disrupt our existence once again.

Zionism is an expression not only of that self-determination that irks antisemites (the Jew is not entitled to be here), it is in truth both a physical and spiritual representation of the Jewish people’s historical and biblical connection to the Land of Israel. The Antisemite simply cannot accept, no matter the physical evidence on the ground, that the Jewish people are indigenous to the land, that their status on the land and inherent right is as legitimate as the uncontested and obvious right of the indigenous peoples of North America and elsewhere on earth.

Zion is not merely a synonym for Jerusalem and the Land of Israel as a whole. It not only refers to a specific hill in Jerusalem (Mount Zion), which is located just south of Mount Moriah. The word itself is said to appear in biblical text dating back to the period of Samuel from 630-540 BCE. Therefore, our connection as a people to our homeland – to Zion – is not merely a political movement founded by Theodore Herzl at the first Zionist Congress in Basil in 1897. It is connected to our very religion.

Those who deny Zionism or who call it a racist endeavour fail to comprehend its historic significance in Judaism. Our historic pledge to return to Zion after the destruction of Jerusalem is in our prayer liturgy, which is more than 2,000 years old. As an example, Zion and Jerusalem are mentioned five times in the central Jewish prayer called the Amidah – and it is no coincidence that for 20 centuries we have been facing East toward Zion when praying.

In a historic speech condemning the 1975 UN resolution, American Ambassador Daniel Patrick Moynihan said: “What we have here is a lie – a political lie of a variety well known to the twentieth century, and scarcely exceeded in all that annal of untruth and outrage. The lie is that Zionism is a form of racism. The overwhelmingly truth is that it is not.”

Similarly, Israeli Ambassador Chaim Herzog emphatically expressed to the General Assembly that “for the Jewish people, this resolution based on hatred, falsehood and arrogance is devoid of any moral or legal value. For us, the Jewish people, this is no more than a piece of paper and we shall treat it as such.” Ambassador Herzog concluded his speech by ripping the paper in which the resolution was written upon in half.

Bret Stephens is right when he says that “today it is very difficult for people to be antisemites and to hate Jews for racial reasons…it is unfashionable to hate Jews simply on a religious basis, but it has become fashionable to hate Jews using the excuse of their statehood, of their nationality and of their willingness to defend their borders, as the latest pretext to single out Jewish people for opprobrium and for hatred that is applied to almost no other people in the world.”

And so, those who claim Zionism is a form of racism deny the very connection of the Jewish people to the land of our forefathers. They deny history and they deny the truth in order to bend reality to their own political and strategic purpose. By claiming Zionists are colonizers of their own land, that they have no right to their own aspiration for freedom on their indigenous land – while effecting a double standard only in and of their critique of Israel – these provocateurs are in themselves exerting a form of racism.

Our homeland – the land of our forefathers, of Abraham, Isaac and Jacob – has been sought after and pursued by many peoples and civilizations. But the Jewish people held on to faith and to their connection to the land of Zion. No matter where they were dispersed to, they cried out in prayer “next year in Jerusalem.” Those who deny our connection to Zion and who demonize and delegitimize our inherent right to a Jewish homeland are still stuck in in the darkest periods of time. They should do some serious soul searching. 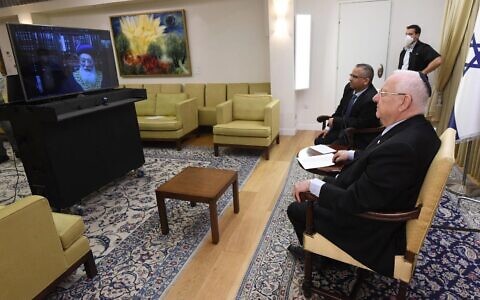 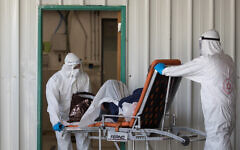 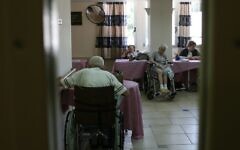 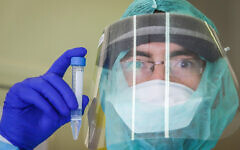 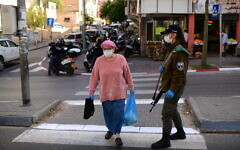 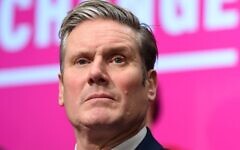