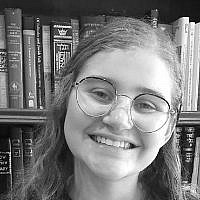 The Blogs
Timna Cohen
Apply for a Blog
Please note that the posts on The Blogs are contributed by third parties. The opinions, facts and any media content in them are presented solely by the authors, and neither The Times of Israel nor its partners assume any responsibility for them. Please contact us in case of abuse. In case of abuse,
Report this post. 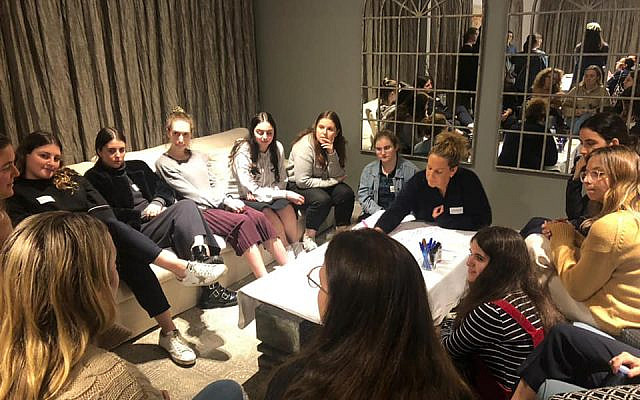 Gathering at the inaugural JOFA Australia event, May 9, 2021

Call me a nerd but I have always been jealous that I was not alive for the 1977 National Women’s Conference. In fact, if you gave me a time machine, the time and place I would visit would be there, at that Convention, on the 18th of November 1977 in Houston, Texas. This historic event was an official, three-day gathering, facilitated by the U.S. government’s National Commission on the Observance of International Women’s Year, when for the first time women from all walks of life conducted facilitated discussions on all issues relating to women.

After the main events of each day, culturally specific groups gathered separately, such as Asian women and Native American women, to speak about the more specific problems that they had as females in their individual communities.

Fortunately, I was born in a time when women have the right to vote, have autonomy over their own bodies and it is normalized for women to be in all fields of the workforce. So why am I envious of those who participated in an event over 4 decades ago? Like them, I want to witness change, make a difference, to be on the front line.

Naturally, on May 9 2021, I jumped at the opportunity to attend the launch of the Australian branch of JOFA, the Jewish Orthodox Feminist Alliance.

Naturally, on May 9 2021, I jumped at the opportunity to attend the launch of the Australian branch of JOFA, the Jewish Orthodox Feminist Alliance. Transported to the present, only this time in Melbourne, I was actually in the room with people committed to advancing change for women in my own community.

Due to COVID-19 restrictions, there were only 100 people present, and each person brought tenfold the amount of passion and energy to the room. We sat in a room and spoke about women’s issues in Orthodox Judaism. My dad later asked why this conversation was different from any other Shabbat dinner conversations that my progressive family has. The answer is, because we weren’t just criticising, we actually started brainstorming solutions.

We discussed all things from education to synagogues and leadership. We created a Dream List – if we had a magic wand, what would we do? I wish I could have heard every voice in that room, accompanied by what was whirling in everyone’s head. I know my brain was going at 100 kilometers a minute, listing all the problems and simultaneously seeing a light for the solutions.

Just standing in that room and participating in those “talking circles,” as Gloria Steinem calls them, I felt heard, and what I was feeling was shared; there was a multitude of people willing to fight alongside me.

The woman who was the driving force of inducting this movement in Australia, Nomi Kaltman, painted a picture in her initial speech. A picture of 20 years from now, when it would be a given to see Orthodox women in leadership and having halachic authority.

The woman who was the driving force of inducting this movement in Australia, Nomi Kaltman, painted a picture in her initial speech. A picture of 20 years from now, when it would be a given to see Orthodox women in leadership and having halachic authority. She also mentioned that women would be present in all rooms where big discussions happened. At that particular moment, I felt the presence of Justice Ruth Bader Ginsburg, in the room, perhaps it was a nod to her famous quote that “Women belong in all places where decisions are being made.” For without her, we would not all have been standing there. She fought for women and was an inspiration to Jewish women in particular. RBG set her sights on her mission because of her Jewish upbringing and witnessing the oppression of Jews. She had to combat it, and thank God she did, because she changed the world as we knew it.

There were men there too. They spoke when they had something to say but mostly they listened. Their attendance demonstrated solidarity and support. I’m especially proud that my rabbi was there. As one of my friends accurately stated, ‘you should not date a man unless the man would make an appearance at this event.’ Thankfully I don’t date men, but I did think it was noteworthy that there were no single men present.

I want to paint a picture of the event so I can share my most memorable reflections.

First, everyone was issued a name tag, so we could each be on a first-name basis with one another, without the formalities of titles, leaving egos at the wayside.

When I entered the room, I admit to feeling stressed because it was the first time I had been in a room with so many people since pre-pandemic, but the excitement was palpable. I knew we were all about to witness something big that was about to happen. (No doubt I was also pumping everyone up around me!)

As I examined so many new and familiar faces, young and old (ranging from 18 to 70+), I realized everyone was smiling, genuinely happy to be there. It dawned on me that I am merely a part of a new front of soldiers in an everlasting battle that has been fought for many generations before me. That clearly was not won at the 1977 Women’s Convention. We knew, standing in that room at that moment that this was the beginning for us and for generations to come.

We then split into talking circles. There were five (education, “Why be Orthodox,” synagogue leadership, life cycles and the ‘Dream List’), but each of us could only choose three.

We then split into talking circles. There were five (education, “Why be Orthodox,” synagogue leadership, life cycles and the ‘Dream List’), but each of us could only choose three. How frustrating to be deprived of hearing every opinion on every topic due to them all impacting me!

The space was tight, but we never had to fight to be heard. I felt blessed to have a voice. And an audience.

Incredibly, the talking circles were conducted in only two rooms. Amazingly, and maybe this can be attributed to the fact that those present were majority women, we could each hear our group perfectly. Everyone was respected and listened to and no one was cut off or spoken over; we could hear every word. The space was tight, but we never had to fight to be heard. I felt blessed to have a voice. And an audience.

What do I feel now? I feel anticipation and excitement, and I also feel drained. All I want to do is keep talking about this and get involved, just do more and more. As I was leaving, I noticed that a group of women gravitated to a nearby couch, where an informal talking circle had continued. I don’t know what they were discussing but I felt what they were feeling, that they just had more to say. The battle was far from over.

About the Author
Timna Cohen studied at Midreshet Lindenbaum in Israel. She is currently studying marketing at the Royal Melbourne Institute of Technology (RMIT) and loves engaging in feminist history in her free time.
Related Topics
Related Posts
Comments