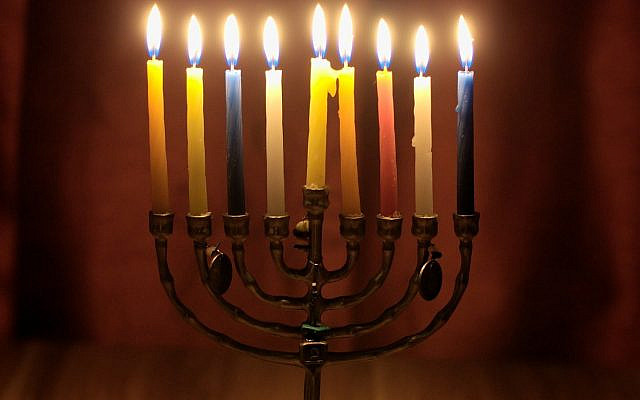 Image by Evgeni Tcherkasski from Pixabay

Evil no longer hides behind the midnight gloom of its hypocrisy, for he proudly struts by day, in the deadening hubris of the noontide heat.

Like Lilliputian pre-Cambrian sharklets whose only exceptional characteristic is their remarkable capacity to smell blood, the powers of this world have a vague intuition of the gently burgeoning seeds of a new Axial Age that poses an existential threat to their Big Lie: that there are those who are in step with ‘Progress,’ who deserve to live; and that, no less so, there are those who serve only to remind them of those who refuse to ‘get with the times,’ and are thus pre-eminently unworthy of life!

Hitler built the Autobahns, Stalin built the Gulags, the Romans dug out their pedantically precise and geometrically calculated pathways, and God knows the brazen butchers of Paris were innovative enough amid their steelwork…

And no less so than all of this, the Miltonian machinations of their Demiurgic craft and peerless subterranean scientificity!

All these false visions of ‘Progress’ are desolate impositions upon grievesome ground where sandals ought best to be removed, rather than to permit the jackboots of worldly wisdom to tramp and trouble forth the swirling tides of Jordan.

Theodor Adorno once drew forth a heartsome soul heroic, super flumina babylonis, to chant for the ancient sorrows of all his people, the Suffering Servant (and in a very real sense, of Everyman):

It would be advisable to think of progress in the crudest, most basic terms: that no one should go hungry anymore, that there should be no more torture, no more Auschwitz. Only then will the idea of progress be free from lies.

For that, of course, he was made a bruised reed, and smoking flax…

A broken heart and a contrite spirit, who God Most High has sworn by no higher name than His, He shall not ever once despise!

It can hardly be wondered that a certain portion of the genius of Adorno lay in the audacity of reclamation: to grasp yet not encompass the cyclical character of History, of that which has so often and so deeply undialectically played off against a tendency more linear, more prosaic, more pedantically dull, and mathematical, and mechanical.

And sad to say, certain cycles have served to exemplify the innocence of the blood of Abel, crying up from the ground; while sin lies crouching at the threshold of the temple of virtue, that it may gain the mastery over every frost-seared conscience of our age.

For while the current worldwide pandemic of rabid and overt antisemitic attacks is disturbing, yet sad to say, far from surprising, as this is a typical symptom of civilisational breakdown.

This has been true of the last days of Rome, the French Revolution, Nazi Germany, and Maoism.

And it is no less true today!

The ecological crisis and the complete and total breakdown of the world’s growth-obsessed global and regional and national anti-civilization are resulting in exactly the kinds of abominable tendencies as one might generally be inclined to expect.

Hegel, of course, was a master of the dialectic, and one curiously averse to false dilemmas.

But Adorno’s vision was one where neither the undialectical parallel lines of mechanistic cunning, nor the Gilligan-eyed, ingenuous naïveté of comforting resolution and conciliating transcendence, were weighed in the balances, with each no doubt found eminently wanting by those with souls enough to meditate, and incubate.

Hatred, in the end, has never been found to be anything more than pure negation!

But only when the false transparency of a positive dialectic is finally disclosed as a negative dialectic of contrary irreconcilables, can human begins be finally freed from fear…

And there may well be cases of those threads that have been worked loose, that may nonetheless be more a matter of the malice of the weavers, and their wilful ignorance, than of any innate debility of those flaxen individualities that find themselves exposed and held up to the mockery…

Perpetrated by a giddy world gone mad of rationalistic sanity and thon omni-dizzying dementedness of a mental hygiene that is as free from reasonableness as it is from the ‘irrational’ it so ostentatiously has made bold to despise.

The Objective Tendency of History is a fearsome thing, and there are those who would lecture the world on how you are either riding the mighty juggernaut of history, or getting crushed under its wheels!

No doubt all that Adorno’s colleague, Walter Benjamin, said of History is eminently condemnatory to Fascism, to Marxism, to Whiggism, to Theocratic Tyranny, and to every other form of oppression under the sun:

The tradition of the oppressed teaches us that the “emergency situation” in which we live is the rule. We must arrive at a concept of history which corresponds to this. Then it will become clear that the task before us is the introduction of a real state of emergency; and our position in the struggle against Fascism will thereby improve. Not the least reason that the latter has a chance is that its opponents, in the name of progress, greet it as a historical norm. – The astonishment that the things we are experiencing in the 20th century are “still” possible is by no means philosophical. It is not the beginning of knowledge, unless it would be the knowledge that the conception of history on which it rests is untenable.

I have often felt the same foreboding impulse.

So often, I have been found myself disturbed and unsettled by the chic, sophisticated timidity and the elegant cowardice of those of many different heritages and visions who say of any monstrous tendency, that that which has somehow been unwillingly thrust on their attention needs must somehow be ‘regressive…’

And that if only their uncultivated and boorish adversaries would somehow see fit to dignify their sophistical refinement and thereby do them the courtesy of ‘getting with the times,’ everything no doubt would be pristine and precious…

The deadly, soul-killing assumption never once banished from their minds is that there is something somehow astonishing about the ostensibly backward and primitive character of those who do not conform to this particular kind of historical complacency.

For this is the kind of undue innocence it is only possible to find among those who have lived some historically aberrant life of comfort and of the chilled heart’s ease, and which has no place in those of us (from Israel to Ulster, from Somalia to Iraq) who already learned as infants more than many a genial grown-up fears to know!

Yet it is far from clear, for those with eyes to see beyond the ponderous delusionary narcoticism of the day, that any plaintively be-bittered dregs of dismal kaffeeklatsch and bleatingly unserious chit-chat about ‘getting with the times’ offers the remotest shred of hope…

For mitigating even the most hideous ravages of the barbarism of our times.

Who, then, is surprised to learn the answer to all such self-indulgent bourgeois pearl-clutching lies in the very question, of its own good self?

Who can dare deny that in an age of hatred, it is those who hate who have truly ‘got with the times.’

Hatred is now the standard-bearer of ‘authenticity,’ or more…

What passes for it!

Upon this day, amid this very hour and instant, it is those who hate who are now the standard-bearers of ‘Progress,’ such as it is…

Or indeed, at bottom, as every it truly was.

It is a matter of the utmost urgency that every living soul perceives the reality as it truly is, for it is old, and it’s compelling:

Until there is more consciousness of the vitiating flaws of the Big Lie of Progress, evil and hatred and oppression and tyranny will continue to flood the world with lunacy!

And the one thing needful in our tortured, broken, barren world today is not Progress, not one whit!

But on the contrary: Maturation.

Progress tells who among us has the right to live, and who has the duty to perish.

Maturation offers a welcome hand of solidarity, of friendship, and of self-sacrificial, undying, and unconditional love.

I know which side I live for, and I die for.

But now, the question must be asked of all the world: