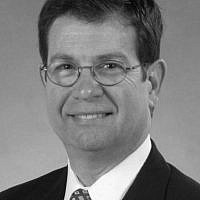 Someone suggested that had Descartes been Jewish, he would have proclaimed:  “I worry, therefore I am”. Remember the quip about the quintessential Jewish telegram:? “Start worrying; details to follow”.

But we cannot build a Jewish identity based on worrying, on the attitudes of others towards us.  Despite rising antisemitism and anti-Zionism, we cannot affirm who we are by being “anti-anti”-Semites, or “anti-anti”-Zionists.  What is it that we stand “For”?  How do we model a positive, hopeful, joyful, authentic Jewish identity and lifestyle?

If “racism” is America’s original sin, “antisemitism” is the original sin of western civilization.  Both are endemic and systemic viruses that resurge and mutate with variant expressions and force.  Anti-Judaism began as religious prejudice that informed nascent Christianity, and later, Islam.  It evolved from religious hatred to racial hatred, culminating in the lethal antisemitism of Nazi Ideology.  More recently, antisemitism has mutated into anti-Zionism, denying Israel’s place among the family of nations.

After the Holocaust, the Western world felt embarrassed by antisemitism’s lethal outcome.  The birth of Israel, through edict of the United Nations, helped to assuage the world’s guilty conscience.  But as Israel prospered and defeated Arab aggressions, as American Jews attained economic security, social acceptance, and political influence, Jews and Israel began to lose their “victim” status.  Palestinians have emerged as the new victims, while Israel’s image as a beleaguered nation has faded.  Despite the vicious actions of Hamas, Islamic Jihad, and Hizbollah, Israel is portrayed by the left as the aggressor, a symbol of Western imperialism.

Israel, like all countries, can certainly be faulted for political and social inequities, but the malicious charge that Israel is an “apartheid” state is intent on casting Israel as a racist and colonialist society.  Yet, Israel is a place where Jews and Arabs, including Palestinians, receive equal excellent care at Hadassah and other hospitals; where Jewish and Arab students engage in groundbreaking university research; where Arab citizens sit as Justices on the Supreme Court, serve in the army and in the foreign diplomatic corps; where an Arab party is integral to Israel’s new governing coalition; where a Jew can be a member of the Joint List Arab party and Arabs, members of predominantly Jewish parties; where there are Arab-Israeli beauty queens, prominent literary figures, and leading pop singers.  In Israel, Arab citizens can participate in a real and contentious democracy.

Racial conflict in America has afforded both the right and the left opportunities to seize on anti-Jewish sentiment.  The Palestinian-Israeli conflict has been conflated by many with American racial politics, the relationship of White supremacy vs. Blacks and peoples of color in our country.  This inflammatory mindset drives much of current anti-Semitic and anti-Israel sentiment.  For the far right, Jews are not white or Christian enough.  For the far left, they are not perceived as people of color or regarded as victims enough.

Significant numbers of Americans Jews have bought into this egregious equation.  They stand for other oppressed and marginalized peoples of the world, but distance themselves from Israel.  Some even stand on synagogue pulpits proclaiming a Judaism stripped of any sense of ethnicity or peoplehood.

Jean-Paul Sartre had poignantly observed that “If the Jew did not exist, the anti-Semite would invent him”.  History and literature document that there is antisemitism even where there are no Jews.  In her new book, People Love Dead Jews, Dara Horn recounts harrowing stories that highlight the world’s guilt and fascination with the Holocaust and dead Jews.  Evidently, some prefer their Jews as victims than as victors.

As the parent religion of Christianity and Islam, Judaism has borne the brunt of the criticism and rejection of its daughter faiths.  When all else fails, blame Mom.   In correspondence with our colleague, Rabbi Richard Hirsh, we have regrettably concurred that when feminist theology surfaced in the 70’s, Jews were blamed for patriarchy.  The environmentalist movement blames the “Old Testament” for climate abuse.  Slavery? Well, the Jews?  Homophobia?  Again, the “Old Testament”.  Colonialism is just the latest evil for which Jews are blamed.

So, is there room for hope?  Can we trust and hope in humanity’s better nature, in the wisdom of our heritage and the genius of the Jewish people to grow and prosper, contributing to and benefiting from the best of the American democratic tradition’s, commitment to freedom, diversity and equality?  Can we equally hope for a secure, democratic, and pluralistic State of Israel?  I’m hopeful!

American Jews should not regard ourselves as apologists for Israel. Israel’s existence does not need to be constantly justified. Israel is an independent, self-critical democratic nation in a region that is still a sea-bed of autocracy. Israel’s Declaration of Independence reads:  “In the land of Israel, the Jewish people was born.  In this land their spiritual, religious, and national character was shaped.”  The modern state of Israel is the fulfillment of a historic birthright and national aspiration.   But, there were and are others also living in the land.  So, Israel’s Declaration of Independence further states:  “The state of Israel will devote itself to develop the land for the good of all its inhabitants.”  Israel should always strive to be true to its founding vision.  The prophetic promise of liberty, justice and peace should be the inheritance of all, Israelis, Palestinians, Jews, Muslims and Christians alike.

Israel is both a refuge and a dream; a complex and challenging political reality.  Israel’s future requires important short-term sacrifices for the sake of long-term benefits. While Israel’s sovereignty and security are non-negotiable, Israel serves herself and Jews around the world best as it labors to normalize coexistence with its Arab citizens its Palestinian neighbors. The Abrahamic accords pave the way.  Occupation and increased settlements are not the answer.

Israel also needs to normalize its relationship with diaspora Jewry.  The stranglehold of ultra-orthodoxy is not only choking of Israeli citizens, but dismissive and insulting of the majority of diaspora Jewry.  Israel takes pride in the victory of Olympic gold medalist Artem Dolgpyat, yet, he cannot marry Jewishly in the state of Israel because his mother is not Jewish.  Archaic understandings of Jewish religion, and civil rights are inexcusable in a democratic state.

Without minimizing their significance, antisemitism and anti-Zionism should not paralyze nor define us.  We need to cultivate a Jewish identity that is not defensive.  We need an informed, genuine, wholesome response to the challenges of living in a society that is becoming more and more divided and divisive, more interested in simple solutions than in the complexity and nuance of real living.  We need to celebrate and proclaim a Judaism that is affirmative of individual rights while, at the same time, grounded in the ethics of group responsibility, what Mordecai Kaplan called, “The Religion of Ethical Nationhood.”

And so, we join our country’s struggle against racism and climate change because we are Jews; because our tradition demands it.  If we somehow thought that we were not all in the same boat, the coronavirus has taught us otherwise.  Hatred is as effective a tool as the virus for drilling a hole in the boat.  Both can destroy us as a people, a democracy and a world.

One of the most misunderstood passages in the Bible is the oft-quoted:  “Yea do I walk through the valley of the shadow of death, I shall fear no evil” (Ps. 23). This verse has nothing to do with “death.”  The mistaken translation goes back to the 17th Century King James Bible.  The Hebrew means:  “A valley of deep darkness.”  It is not about death; it is about life and its challenges.  We all face illness, conflict, loss, emotional and spiritual pain.  Collectively we deal with antisemitism, racism, and a world-wide pandemic.  The psalm is about hope.   Hope means that even if everything is not the way we want it, we can still walk through the “valley of darkness” with the support of others, the guidance of science, the wisdom of faith.  David Ben Gurion, the inveterate pragmatist, said:  “…[I]n order to be a realist, you must believe in miracles.”  Hatikvah, the Israeli anthem, is inspired by Jeremiah’s Haftarah for Second Day Rosh Hashanah – Yesh Tikvah – “there is hope!” (31:17).

In 2012, Elie Wiesel speaking to a college graduating class, counselled:  “Despair is never a solution.  ….hatred is never an option.”  He said, “Hope is not a gift…from God to us; hope is a gift, an offering, that … we human beings … give to one another.”

Let hope be the gift we give each other on this New Year.

(Dr. Dennis Sasso is Senior Rabbi of Congregation Beth-El Zedeck, Indianapolis, IN.  Adapted from a Yom Kippur address.  Dedicated to the memory of Professor Clark Williamson, who was committed to eliminating anti-Judaism from the teachings of the church.)