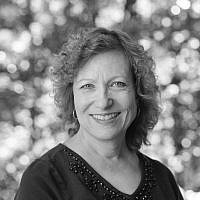 The age-old hatred of Jews reared its ugly head at the North Carolina Democratic Party’s June state convention with the proposal of three (and passage of two) resolutions, found in the 2022 Resolutions Report. The anti-Israel agenda is clear for all to see, but few understand how and why these resolutions are so grossly antisemitic.

Antisemitism has taken many forms over the millennia, so people don’t always recognize it when they see it. Some examples include painting Jews as greedy, racist, conniving, undeserving of basic rights accorded to others, guilty of imagined wrongdoing, and having too much power and control. The current fad is to cloak hatred of Jews under the guise of criticism of Israel or Zionists, who are unilaterally to blame not only for the entire Arab/ Israeli conflict, but for other evils, such as white supremacy.

The authors of the NC Democratic Party resolutions, however, didn’t bother to cloak their antisemitism. They attacked Jews straight-out.

The authors concocted a conspiracy theory in which Jewish communities conspire with the Israeli government to create “separate reserves or ghettos” for Palestinians. Jews, the authors claim, establish committees to bar non-Jews from their localities “to maintain Jewish-only communities.” This fabrication paints Jews as part of a racist, conniving cabal–similar to traditional antisemitic stereotypes.

Next, the authors falsely assert that Jews have access to clean water and electricity but “the same is not provided to Palestinians.” This allegation portrays Israel as harming non-Jews–intentionally depriving them of their basic needs–with the consent of the Jewish community. Not just Israel, but Jews take on the sinister, evil character, consistent with historical antisemitic tropes.

This allegation, like that of the creation of reserves, is also untrue. Israel provides basic services to residents of all faiths. Only in areas under the administrative authority of Hamas and the Palestinian Authority (PA) are non-Jews suffering from shortages. Jews and Israel have no control over these areas. This accusation is typically antisemitic, blaming and scapegoating Jews for a bad situation over which they have no control.

Just as traditional antisemitic tropes portray Jews as having too much power and too much money, the authors of these resolutions depict Jews as having too much land. They claim that “While Palestinians make up about 20% of Israel proper’s population, the vast majority are restricted to only 3% of its land.” The authors fail to mention that approximately 93% of Israel is “state land,” i.e., not privately owned, and Palestinians own a disproportionately large percentage of land compared to Jews. Despite this, the authors paint Jews as land-greedy, conniving to gain a greater amount of land than they deserve.

Anti-Israel hatred targets Jews—as we have seen in the streets of New York, Los Angeles, Boston, and other cities over the past couple of years. Gangs of “pro-Palestinians” search out Jews on the streets and beat them up, spit on them, or harass them in other ways. These incidents are rising in number and intensity.

The authors of these resolutions have now taken anti-Israel antisemitism to a new level, blaming Jews and Jewish communities for the suffering of non-Jews.

In doing so, they endanger not only Israel, but the Jews of North Carolina.

Only a handful of NC Democrats have spoken out. We are not sure why.

The majority of American Jews have found a home in the Democratic Party. Are they losing their home?

Even if a radical minority in the Democratic party is behind the resolutions, they have enough power to write and push forward these antisemitic ideas. While hatred of Jews used to be marginalized by public officials in this state, it is becoming increasingly accepted by party leaders.

History teaches us that when antisemitism takes hold of the powerful, it does not bode well for the Jewish people. We are afraid.

The NC Democratic Party resolutions place Jews in danger—at risk for discrimination and violence. NC Democratic officials must  condemn and rescind these resolutions.   They must also take action to counter the antisemitic elements within the party and ensure that they do not gain a stronghold where they can continue to normalize Jew hatred.

The North Carolina Coalition for Israel is not a political organization. Its mission is to call out antisemitism wherever it exists.

About the Author
Amy Rosenthal lived in Israel as a child. She is a physician and former faculty at Duke University. She is also a Co-Founder of the North Carolina Coalition for Israel. She is appalled to see the rise in anti-Israel Jew hatred on campus and in the community.
Related Topics
Related Posts