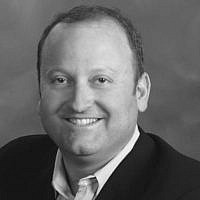 The Blogs
Robert Mayer
Apply for a Blog
Advertisement
Please note that the posts on The Blogs are contributed by third parties. The opinions, facts and any media content in them are presented solely by the authors, and neither The Times of Israel nor its partners assume any responsibility for them. Please contact us in case of abuse. In case of abuse,
Report this post. 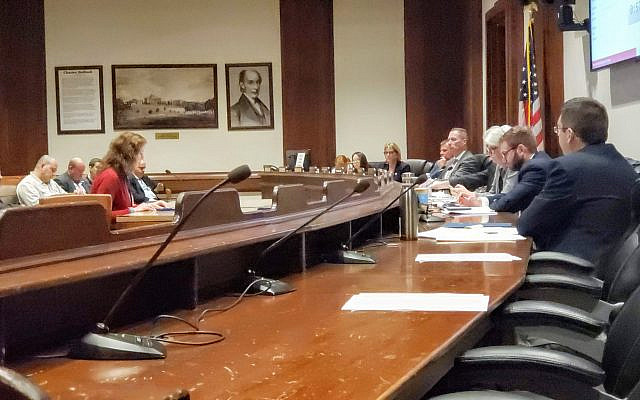 An Israeli-American activist from ICAN testifies in support of Holocaust education at a hearing in the Massachusetts State House. (Israeli-American Civic Action Network.)

Being Jewish in America isn’t always safe. Swastikas, stabbings, and shootings – antisemitism is on the rise, and the statistics prove it. FBI hate crime statistics reveal that Jewish Americans are at least three times more likely to experience a hate crime in America than any other ethnic group.

Factoring in the relative proportion of Jews from the total US population, this analysis highlights an alarming result: A Jewish person is three times more likely to experience a hate crime than African Americans and thirteen times more likely than Hispanic Americans. These comparisons are not intended to diminish anyone’s suffering; however, these numbers are alarming.

And if you’re Israeli, part of a Jewish immigrant community, you’re likely to experience multiple additional forms of hate, including color-based prejudice, anti-immigrant bias, and national origin discrimination. These vectors of hate create a climate of enhanced risk for Jewish immigrants.

Massachusetts is home to an estimated 30,000 Israelis, many of whom are first and second-generation immigrant families, including ethnic Jews originating from Morocco, Yemen, Iraq, Iran, Tunisia, and Ethiopia.

In recent years, the Israeli immigrant community in Massachusetts has suffered from ongoing harassment, intimidation, and targeted violence due to intentional disinformation spread about our cultural identity and our homeland Israel.

Antisemitic rhetoric, vandalism, and intimidation targeting Israelis, Jews, and other groups have become normalized in the US in recent years. Whether it takes place on social media, in the public square, or even in Congress. It is no wonder that such trends would escalate to violent hate crimes against people on the streets, in our homes, and even in our places of worship.

Just this last summer, Rabbi Shlomo Noginski was stabbed nine times outside a Jewish day school in Brighton Common during an incident that prosecutors have determined is a hate crime.

Just weeks ago, the City of Salem revealed that staff and other municipal officials have been subject to antisemitic threats: “Over the past several weeks members of the Salem Board of Health and health department staff with names perceived to indicate that they are Jewish have been directly targeted by hateful, antisemitic messages and threats online, by email, and over voicemails,” the City said in a statement.

While the Asian American community experienced a historic spike in hate incidents during the COVID-19 pandemic, the Jewish community also experienced increased harassment. Sometimes rising to the level of violence, a rise in hate targeting our community was driven by conspiracies about Jews being responsible for creating and spreading the virus.

However, there are new, practical, and impactful solutions that can help combat this dangerous trend, not only protecting the Jewish community but all communities in the Commonwealth, including:

As is evident from the FBI’s latest report, the safety of the Jewish people in America is faltering at a precipitous rate. This trend cannot go unnoticed or ignored. We must raise awareness and take action to reverse this dangerous trend.

The Massachusetts legislature should immediately pass the Nguyen/Hinds bill H.1819/S.1051 an act to reform hate crime statutes, strengthen our hate crime laws to protect targeted populations, and consider serious policy solutions to better guarantee public safety for all in the Commonwealth.

About the Author
Robert Mayer serves as the Massachusetts State Chair for ICAN, the Israeli-American Civic Action Network, and is a founding member of IAC Boston. Robert is an entrepreneur and executive with a track record of building market-leading businesses. Successfully grew new businesses and turned around failing ones, with sales experience in global markets. Robert is currently the founder and CEO of myDocendo Inc. an EdTech company. Prior to that, he was CEO of PeerApp (acquired by ZephyrTel) and Vice president at EMC Corp.
Related Topics
Related Posts
Comments