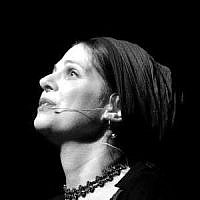 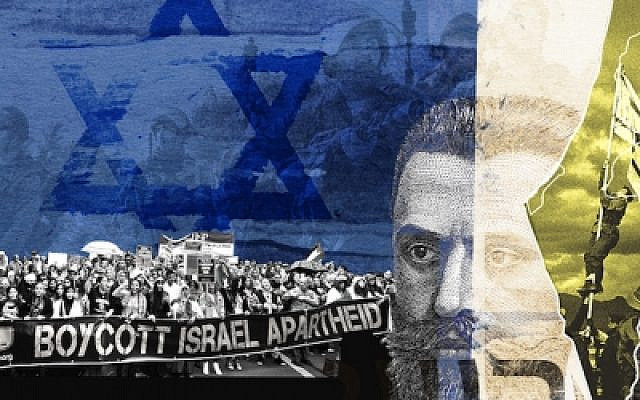 In this maelstrom of war, pandemic and mind-boggling antisemitism, we have been gifted from beyond the grave by a core teaching from Rabbi Jonathan Sacks, obm.

He had a stunningly prescient vision of these days at the intersection of Corona virus and the rash of virulent antisemitism we are witnessing. He laid it out clearly — antisemitism is a virus. It presents itself with characteristics hauntingly similar to the saga of Corona we have weathered.

The virus of antisemitism is 1) highly contagious 2) dangerous and 3) it works by mutation. Just when you think the virus has been defeated, it mutates. It is literally a ‘communicable disease’, being spread through the internet at an incalculable rate.

Rabbi Sacks wrote in Future Tense: “Antisemitism mutates and in so doing defeats the immune systems set up by cultures to protect themselves against hatred. There have been three such mutations in the past 2000 years and we are living through the fourth.”

His explanation of this fourth mutation is crucial for our understanding of these baffling times:

“Throughout history, when people have sought to justify anti-Semitism, they have done so by recourse to the highest source of authority available within the culture. In the Middle Ages, it was religion. So we had religious anti-Judaism. In post-Enlightenment Europe it was science. So we had the twin foundations of Nazi ideology, Social Darwinism and the so-called Scientific Study of Race.

Today the highest source of authority worldwide is HUMAN RIGHTS. That is why Israel — the only fully functioning democracy in the Middle East with a free press and independent judiciary — is regularly accused of the five cardinal sins against human rights: racism, apartheid, crimes against humanity, ethnic cleansing and attempted genocide.

The new antisemitism has mutated so that any practitioner of it can deny that he or she is an antisemite. After all, they’ll say, I’m not a racist. I have no problem with Jews or Judaism. I only have a problem with the State of Israel. But in a world of 56 Muslim nations and 103 Christian ones, there is only one Jewish state, Israel, which constitutes one-quarter of one per cent of the land mass of the Middle East. Israel is the only one of the 193 member nations of the United Nations that has its right to exist regularly challenged, with one state, Iran, and many, many other groups, committed to its destruction.

Antisemitism means denying the right of Jews to exist as Jews with the same rights as everyone else. The form this takes today is anti-Zionism.”

In short, we have a moral pandemic on our hands. Let us turn to what we have learned all too well from Corona.

Symptom #1: Claiming Israel has broken any of the 5 cardinal sins of ‘human rights’. Remember, this variant works by mutating classic antisemitism into the modern garb of human rights violations. It is how people justify their otherwise unjustifiable hatred. Notice if what you are reading has invoked any of these ‘sins’ in speaking about Israel? Racism, apartheid, crimes against humanity, ethnic cleansing or attempted genocide. If what you are reading describe the albeit-complex situation in Israel with any of these phrases, it is  dangerously infectious material.

Symptom #2: Does what you are reading question the right of a Jewish state to exist and to protect itself? Of course we are allowed to question and criticize a government. But the moment one is doubting the right of that government or country to exist and to protect itself (ala John Oliver/Trevor Noah), that information source has fallen victim to the latest mutation.

Symptom #3: For those of you who have shared online about Israel’s ‘abuses of power’, take a moment to think if you have ever shared about any other nation’s violations of human rights. If you are inordinately focusing on Israel and ignoring the human rights violations of multitudes of other nations then you are most likely infected.

3. Quarantine — Just like with Corona, if you have a cough, you don’t risk going out. If you are possibly infected, then be concerned for others and stop unwittingly spreading the disease. Quarantine yourself. Get quiet, go inside yourself and take stock. Learn about antisemitism. Watch this excellent video from R ’Sacks. At the very least, quiet down and stop spreading this deadly infectious material.

4. Maintain a safe distance from anyone who has symptoms. Just as you would avoid someone with a raging cough at the height of Corona, avoid interacting with those who may be wittingly or unwittingly spreading this disease. Go the next step and call them out in public. They are super-spreaders and should be called out and stopped for the protection of us all.

May we see the day when the world develops a lasting vaccination against this moral, communicable, ancient and ever-persistent disease.