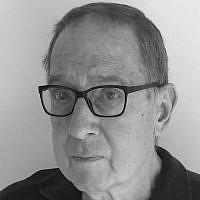 The Three Weapons of Antisemitism, Part 2.

Dividing Jews – from Israel, from each other, from other progressives — was weapon #1. Now, weapon #2.

Growing up, most kids on my street were petrified of the Oxford Street Gang. We knew not to venture through the passageway between the two three-story apartment buildings that connected our street to theirs. It was, of course, all right to walk around the block and go up Oxford Street. That was safe…but not the passageway.

It was a real fear. Nobody, however, ever saw a member of the Oxford Street Gang. No one was ever injured by this powerful group of thugs. We attributed this state of safety to the fact that none of us ventured through the forbidden passageway.

There was no evidence for the existence of the Oxford Street Gang. In fact, the absence of evidence was taken as testimony to their all-powerful nature: they could strike without leaving a mark. That belief in the power of the Oxford Street Gang was, of course, the bogeyman phenomenon. It formed part of our belief structure growing up and we acted on that conviction by avoiding that perilous passageway.

The bogeyman exists in many cultures today. It’s found, for example, in the QAnon ideology. That view holds that Liberal elites in general, and US Democrats in particular, are engaged in worldwide trafficking of children for sexual purposes. With QAnon ideology we have entered the “evidence free” zone. There is no evidence for this belief.

Yet QAnon has become a powerful feature of the American conceptual landscape with several adherents elected to Congress and some of its members participating in the January 6th insurrection. Others invaded a Washington DC pizzeria to release children who they thought were being abused, the pizzeria menu serving as code for specific sexual preferences. The absence of children there was not taken to invalidate QAnon ideology. Members simply agreed that it must be some other pizzeria where the children were being held. That saved the belief.

Again, in the topsy-turvy world of these conspiracy theorists, absence of evidence counts as evidence.

The bogeyman phenomenon represents an irrational fear but is easily believed and acted upon.

Antisemitism is another bogeyman manifestation. It sets up the powerful Jew as the bogeyman. “The Jew” is pictured as hostile to one’s interests — without any evidence — and the myth becomes believable. It also sets up the powerful Jewish nation, “Israel,” as a bogeyman. Both the Jew and the nation-state of Israel assume the form of gigantic mythical creatures in the imaginations of Jew-haters. For antisemites, Israel and Jews become obsessive preoccupations. Like QAnon, antisemitism has the power to easily sweep up various causes in its wake.

Part One examined the oldest record of Jew-hatred, namely Psalm 2. Composed 25-30 centuries ago it was a liturgical song that was chanted at the coronation of the Davidic king in Jerusalem. It focused on the strategies antisemites use in their quest to put Jews down and to eradicate the Jewish state. Division was the first weapon of antisemites, dividing the Jewish people internally and separating them externally from others within the general population.

Delusion is the second weapon in the antisemite arsenal. Delusion represents a powerful weapon for one fundamental reason: it’s highly contagious.

The song-writer of Psalm 2 calls the Jew-hatred delusion “emptiness.” Another translation might be “meaningless.” The charges may hurt – they are designed to – but, ultimately, they are just hot air. They are empty of truth. So while they hit home with Jews and many Zionist Christians, these baseless charges are delusional. Like QAnon beliefs, antisemitism reflects a mental disturbance, a distortion of reality.

QAnon members looked to “Q” who would drop “breadcrumbs” anonymously from time to time. These cryptic sayings were open to many interpretations. But they were nonsense, statements empty of meaning. The breadcrumbs of antisemites reflect the same nonsense with delusional evidence-free propositions.

What does “from the river to the sea….” mean? That anti-Israel slogan is an empty chant. It’s pure fantasy. It expresses the desire for ethnic cleansing, the complete eradication of Israel and the Jewish people from the country. Where are the Israelis supposed to go? Back to eastern Europe? Back to the Muslim countries that expelled 750,000 Jews in the late 1940s? To uninhabited regions of the Arctic? Or are they just to be mysteriously annihilated so that the land becomes free of Jews?

This popular protest slogan is a complete non-starter. Israelis packing up their bags and leaving the land they have inhabited for centuries is not going to happen. Moreover, the sentiments reflected in this chant do not advance any resolution of the complex issues facing Israel, the West Bank and Gaza. While the ritual of chanting slogans might make the protesters feel good, and offend reasonable people everywhere, the proposition is, as the psalmist, declared “empty.”

What does “Israel is an apartheid nation” mean? Where are the pockets of subjugated peoples living in separate disadvantaged areas? Israeli Arabs, Muslims and Christians alike, are citizens of Israel. They can vote and participate in Israeli society. They are represented in the Knesset. They have education, can go to university, and have places of worship. The arrangements may not be perfect but it is far better than what Christians and Jews experience in any Muslim country. How many synagogues are there in Gaza, for instance, or Egypt, or Saudi Arabia or Jordan? How many Christian churches?

A better example of an apartheid nation would be Canada, with over 600 separate and disadvantaged areas for its Indigenous Peoples. They are called “reservations.” While some First Nations in Canada are self-sufficient, others lack basic housing, education, health care and clean drinking water. Reservations for the Indigenous – that’s apartheid. Where are the anti-Canadian protests? Boycotts of Canadian goods and services?

What does “Israel is a colonial nation” mean? If it means, as it seems to suggest, that Jews are newcomers to the land, then that claim is false historically. Jews have inhabited the land for close to 4000 years. Arabs came later, as colonizers, in the 7th century CE. For several centuries, Christians from Europe tried to drive the foreign occupiers out of the “holy land” but achieved minimal success.

During the time of the Ottoman Empire, Jews and Arabs coexisted on into modern times when the British, French and ultimately the United Nations attempted to create a two-state solution, one Jewish and one Muslim, Israel and Jordan. So, no, Jews are not recent settlers. They did not just move into the land after the Holocaust and expulsion from Arab lands – that’s a complete distortion of the historical record. Jews are, in fact, the Indigenous people of the land.

These slogans and others like them are reinforced by the recent ideology of intersectionalism. This ideology holds that all victim causes are linked. This means that an individual signing on to help ameliorate the plight of Blacks or LGBTQ individuals is also agreeing to a package of causes. This enriched basket also includes, it turns out, being anti-Israel and pro-Palestinian.

The ideology of intersectionalism is delusional. For one thing, the choice of fellow victim movements is highly selective. This unmasks the true intent of intersectionalism: Jew-hatred. The intersectionalist identification is not with minorities in Arab and Muslim countries, e.g. Christians, Jews, Bahai’s, Gays, Lesbians, Liberated Women and others who are often persecuted, imprisoned or killed in those countries. The irony here is tragic: intersectionalism urges its adherents to support countries and causes that would actually harm their supporters if they were to step foot in these places. It also is tragic because it ignores the one country – Israel – where these minorities can flourish.

Nor is the intersectionalist identification with Kurds or Yazidis in the Middle East nor with the Uighurs in China. There are no massive protests against China and the Middle Eastern dictatorships which are the oppressors. There’s no boycott of goods from these countries. No riots in the streets.

Only Israel merits attention. That extreme selectivity blows the cover: selective intersectionality is simply a mask for Jew-hatred.

So intersectionalism is delusional in the sense that it does not unite all victim causes into one giant movement. It is highly selective and it forces adherents into Jew-hatred.

It is also delusional in the sense that it is a self-defeating position. Protesting against Israel does not advance the cause for which the person is primarily committed. In fact, it undermines it. How does solving the Middle East map – an undertaking requiring months if not years of detailed investigation – make the world in any way better for Blacks, Transgendered Individuals, Environmentalists or Women?

Psalm 2 starts with a “why” – why are the nations of the world so concerned with tiny Israel and its new government? Why do they entertain such empty concerns?

Put into a modern context we may very well ask, why are delusional beliefs believed? Why are people so willing to mouth slogans that have no meaning? Propositions for which there is no evidence?

More importantly, what psychological need is being satisfied by antisemitism rants and chants? What’s the benefit to the antisemite for being antisemitic?

Antisemitism is based on fear — fear of “the Jew.” This is, of course, not real Jews but the mythical Jew constructed in the imaginations of antisemites as bogeymen. Jews, it is alleged, have all the money. They control the media. They steer the course of government. They are a secret cabal that control world events. They want to dominate the world. All these sentiments testify to the protesters’ belief that the mythical Jew and the mythical nation-state are all powerful.

Because antisemitism is an irrational fear, facts and evidence do not sway the minds of antisemites. Showing chanters how Israel represents a democratic, multi-cultural country in which Gays, Lesbians, Women, Muslims, Hindus, Christians and Jews have citizenship simply does not make a dent in their delusional armour. A brief history lesson on how the Jews are the Indigenous People of the land versus the Arab colonialist invaders also doesn’t change opinion.

Hitler ranted that Jews were capitalists and then, in the same breath, that they were all communists. Consistency does not matter nor does evidence. Showing how the Protocols of the Elders of Zion are a fraud is useless. Unfortunately the recital of facts does not change irrational fear.

Jew-hatred is based on fear and the slogans are empty, as Psalm 2 put it, devoid of meaning. They are simply pretexts for the underlying desire to hurt. That’s their rationale: to cause pain. Jew-hatred is an irrational fear but it appeals to those with a malevolent instinct to harm Jews.

That they do, but they also delude themselves.

Delusion is self-destructive. Intersectionalists are Jew-obsessed. By focusing on Israel and the Jews, they are taken away creative solutions to the progressive causes to which they were primarily drawn, a better and more environmentally friendly world for Blacks, Gays, Lesbians, Transgendered individuals, Women and others. It is a dangerous diversion.

What’s the solution for delusion? If not facts, then what?

More to come as we examine the third weapon in the antisemite’s arsenal.