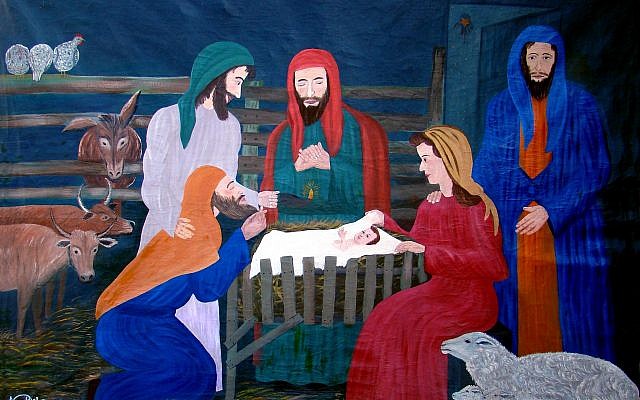 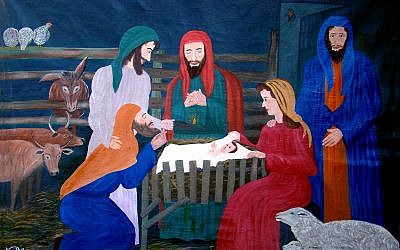 In 1978, Columbia University professor Edward Said published ‘Orientalism’, an analysis of Western culture that has, since its publication, become a Bible of sorts in the post-colonial studies department. The core thesis of his book was that European society, in perceiving itself as civilized, rational, and progressive, caricaturized the Eastern world as exotic, backwards, undeveloped, and incapable of reason. This, according to Said, amounted to a justification for Western imperialism.

Said focused primarily on the Arab-Islamic world, but he also included the rest of the Middle East and Asia (barring one notable exception) in its ambit. Although he briefly touched upon the “similarities” between Western Jew-hatred and Orientalism, he refrained from acknowledging antisemitism as a variant thereof. The reason why should be obvious to anyone familiar with his politics: recognizing Jews as a part of the Eastern ethnic/cultural fabric would have amounted to accepting our indigenous ties to Israel and, by extension, the validity of our claims to the land. Instead, he obnoxiously referred to Orientalism as “the Islamic branch of antisemitism”, thereby implicitly rejecting the indigeneity of Jews to Israel/Palestine and conceptualizing us as a European colonial imposition. In other words, he distorted a quintessential part of the problem that his book should have addressed, thereby making his book a narrow political tool rather than the honest academic endeavor that it is often considered to be.

Western antisemitism has always been animated in large part by what we now recognize as Orientalism, of which a direct line can be drawn from antiquity straight to the death factories of Nazi Germany, and living on in the 21st century under the guise of “anti-Zionism”, which Said himself promoted. In fact, this is chiefly what Greco-Roman Hellenism was about from the beginning: civilizing the barbaric, inscrutable Oriental world and gracing them with the “light” of Western civilization. The Jews were just one of many Oriental peoples to experience this brand of colonialism. Our resistance to the Greeks in particular is celebrated each year on Hanukkah, when Yehudah Maqabi (Judah Maccabee) repelled the Seleucid army and rededicated the Temple to Yahweh. Efforts at “civilizing” us did not end there, however. They continued with the Roman occupation of Israel, during which the Romans ruthlessly suppressed the Jewish people with the expressed aim of stamping out our culture for good. Although we mounted a full scale rebellion against the Romans, our revolt ended in tragedy: Herod’s Temple was reduced to rubble, our country was renamed “Syria-Palaestina” (which is derived from the Assyrians and Philistines, respectively – both were mortal enemies of the Jewish people), and vast quantities of Jews were either taken as slaves to Rome or otherwise driven from the land. Frescoes on the Arch of Titus itself depict our Temple being sacked and our people being carried off in chains. This tragedy is commemorated each year on Tisha B’av.

Around that same time, many Europeans embraced Christianity under St Paul, who excised most of its Oriental characteristics – including the context of Jewish learning – and insisted that faith alone was sufficient to achieve salvation. Eventually, the Roman Empire adopted Christianity as its state religion and spread it throughout Europe, often by force. But despite the obvious fact that Europeans were now worshiping a Jew, the themes of Jewish barbarity, backwardness, and inferiority persisted, albeit dressed up in religious garb. In fact, many efforts were made to further distance Christianity from its Jewish roots, which often included denying them outright. For example, most European paintings of Jesus depict him as a white, Nordic looking man, rather than as the Jew that he was.

Far from abating under Christian rule, anti-Jewish Orientalism had intensified and taken on more sinister traits. Whereas previously we were exotic, irrational, uncultured savages who needed “enlightenment”, now we were also accused of being “in league with the devil”, if not the “offspring of Satan himself”. We were the embodiment of evil and corruption: the murderers of Jesus, the poisoners of wells, practitioners of witchcraft, the abductors of white children who used their blood in their perverse, backwards rituals. Whenever a calamity struck, it was either the Jews or the Gypsies who were to blame, for we were Orientals, perpetual outsiders and thus easy scapegoats. Our refusal to convert to Christianity was taken as further proof of our inherent backwardness, thereby strengthening the case that we either needed to be brought into line, or exterminated outright. The presence of Jewish exiles in their midst allowed them to satisfy their subconscious urge to reify European “superiority”, without even having to leave their own backyard.

Eventually, the Enlightenment swept over most of Europe, and ‘Orientalism’ began to take on the form we now know. And just like before, the Jews were one of the most popular targets. Acclaimed European philosophers, including Voltaire, Kant, Hegel, Proudhon, and d’Holbach, all wrote disparagingly of the Jews, regarding them as culturally stagnant, inferior Asiatics who, by virtue of being non-Western, were incapable of reason and progress. Jews were caricaturized in European newspapers, comics, and other media as having exotic appearances, often with wildly exaggerated Middle Eastern traits (e.g. large Semitic noses, dark skin, kinky black hair, large lips, etc). Enduring Orientalist stereotypes of Jewish tribalism, deceit, and mysteriousness laid the blueprint for conspiracy theories, disloyalty charges, and allegations of corrupting European culture. Calls for deporting us back to Palestine were commonplace, and Hitler’s rationale for murdering the Jews was likewise steeped in this same Orientalism, most notably the belief that we are clannish, disloyal, and above all, foreign and racially inferior.

This brings us to the Zionist movement – the return of the Jewish diaspora to its native land. Realizing that no amount of assimilation or social mobility would end their persecution, Herzl and his followers endeavored to turn what had previously been nothing more than a farfetched dream into a reality: we would be repatriated to our country of origin and rebuild everything that we had lost. As a result, waves of Jewish olim left the diaspora and returned home, purchasing and cultivating unused land in what was then a sparsely populated, disease ridden province of the Ottoman Empire. However, the Arab world, who had colonized the land of Israel centuries earlier and subjugated the remaining Jews under a system known as ‘dhimmitude’, violently resisted this movement. And as they came into contact with European colonial powers, they were exposed to European antisemitism as well. Whereas Arab Jew-hatred had hitherto been strictly theological, they began to absorb European Orientalist ideas about Jews (blood lust, backwardness, misanthropy, deceitfulness, conspiracy theories, etc), which still persist in Arab media and society. And in subsequent decades, these would be imported to the rest of the Muslim world, eventually making their way into the anti-Zionist movement we are now faced with.

How ironic that the world’s oldest victims of Western colonialism, a people that have suffered its effects longer than anyone else, are now being cast as “European colonizers” and “Orientalists” themselves. And by ironic, I really mean “disgusting, wretched, and heartless”. The rest of the world, rather than empathizing with our plight and addressing our needs as a people, has instead demanded of us the same thing that Westerners have been demanding of us for centuries: disappear.