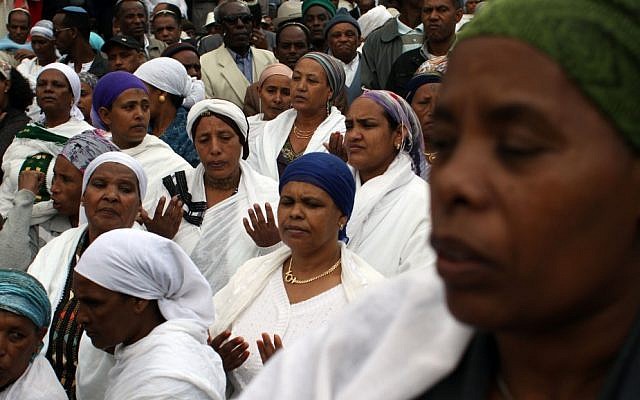 I learned of Rabbi David Lau’s controversial decision to use the word kushim as I am sure many Black Jews did, when a White Jewish friend messaged me, wondering whether I was upset by what had been said. One of my favorite things about internet conversations is that I don’t have to restrain my weary sigh at once again being called upon to play my role as the “Black” friend, who is trotted out like a Sunday morning political talk show pundit, to express indignation or provide expiation whenever a news story touches upon the treatment of people of African descent.

It’s been a big month for us Black Jewish pundits, what with the Trayvon Martin verdict, various court decisions regarding the status of African nationals in Israel, and now Rabbi Lau’s invective; so pardon me if I am a little abrupt: I don’t really care anymore. Don’t get me wrong. I care about the big picture, what with Black kids being shot in the street, under any circumstances, and the Eritreans sleeping in parks in South Tel Aviv, and the Chief Rabbi using the closest equivalent that Hebrew has to the “N” word. But as an English speaker trying to survive in this country, I have other fish to fry on a day to day basis.

Still, I feel your pain. I also don’t know, when speaking in Hebrew, how to reference people who came from Africa, whether this occurred hundreds of years ago or within the last few days. My daughter came home from school one day and was sad because one of her classmates called her “Africani”. “So?” I replied. “You kind of are. And it’s not like it’s an insult.” She looked at me like I was a Martian. I had already explained to her that the reason we were darker brown than most of our neighbors is that, a long time ago, members of my family had been taken from Africa and brought to America. But she doesn’t really equate our family’s background with that of a Somali refugee, who is, as she puts it, really from Africa. And I don’t feel African either. Someone else suggested the term “Shachori”, which smacks of one of those literal translations I see on Israeli T-shirts. It also sounds really militant to me, like I’m about to become a freedom fighter.

That there is only one commonly agreed upon Hebrew word to describe people with an African heritage, and that this word has mostly negative connotations, is emblematic of the status of Black residents here in Israel, regardless of our circumstances. Rabbi Lau used the term kushim to underline a point: these people are not worth your time. And while the term kushi doesn’t automatically signal that the person using it dislikes Blacks, it’s kind of reminiscent of the American South in the era prior to the civil rights movement, where there were good niggers and bad niggers, but we were all niggers when it came right down to it.

Is the plight of the 130,000 Ethiopian-Israelis, or the 60,000 refugees, or the thousands of Black Jews from around the world who have made their home in Israel worth having this conversation? I believe so, if Israel is going to truly embrace the concept of tikkun olam. Hurting one person unnecessarily, even unintentionally, is a breach of the derech eretz which was one of the reasons I fell in love with Judaism in the first place. That the Chief Rabbi has decided that my feelings are not worth caring about is depressing but, unfortunately, not surprising. As for me, I have finally settled on my new descriptor of choice: Hebrenubian princess. And I hope you remember to smile when you say that.