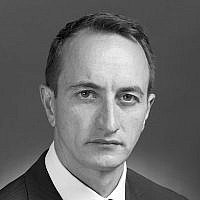 The Blogs
Dave Sharma
Apply for a Blog
Please note that the posts on The Blogs are contributed by third parties. The opinions, facts and any media content in them are presented solely by the authors, and neither The Times of Israel nor its partners assume any responsibility for them. Please contact us in case of abuse. In case of abuse,
Report this post.

Ninety-nine years ago today, April 25, in the very early hours before dawn, some 1200 kilometers from Jerusalem, members of the Australian and New Zealand Army Corps – or ANZACs – landed on the western shore of the Gallipoli Peninsula, in modern-day Turkey, at a place we now call Anzac Cove.

At roughly the same time, British forces landed at the southern tip of the Gallipoli Peninsula, at Cape Helles, whilst French forces went ashore at Kum Kale, on the Turkish mainland just opposite Cape Helles. Indian and Canadian troops later joined the campaign.

This multinational invasion force was to be the spearhead of one of the more audacious and imaginative strategies of the First World War – the Dardanelles Campaign.

With the western front grinding to a protracted stalemate, and with Russia under increasing pressure from German and Ottoman forces in the east, the Allied objective was to capture the heights of the Gallipoli Peninsula, force open the Dardanelles Strait for the British and French navies, and – within a short space of time – seize Constantinople.

If successful, this operation could have taken the Ottoman Empire out of the war, opened a new, southern front against the Austro-Hungarian empire, put considerable pressure on Germany, and re-established communication and supply lines with Russia.

It may well have brought World War One to an early conclusion, vastly altering the world we live in today – including the map and borders of today’s Middle East. It would have been, in modern-day speak, a game-changer.

But it was not to be.

The Gallipoli landings were ultimately a military failure. A tenuous Allied foothold was established on the peninsula, but no more. Despite further reinforcements and offensives, the heights were not captured. Turkish resistance proved fiercer and more determined and effective than anticipated.

The most successful part of the campaign was in fact the eventual withdrawal of the landing force, in December of that year. By the time of this evacuation, more than 21,000 British, 10,000 French, 8,000 Australians, 2,700 New Zealanders, 1,300 Indians and 50 Canadians had been killed. Allied wounded totalled over 97,000.

These losses, though, were a mere portent of a World War that would cost all nations very dearly. Gallipoli: a failed military campaign, and largely a sideshow in the greater sweep of World War One. 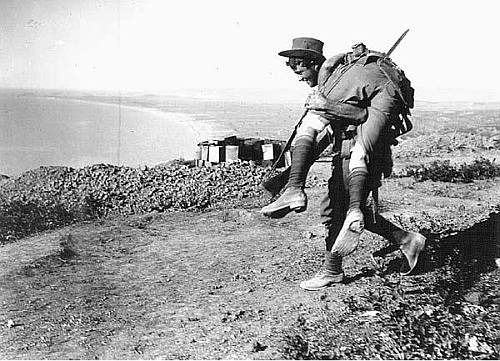 It seems, then, an odd event in which to invest much importance. But for Australia, Anzac Day is one of the most important days in our national calendar. Part of Australia’s national character was forged, our identity constructed, and much of our national myth built, on the western shores of the Gallipoli Peninsula.

These attributes cluster around several values: endurance, courage, ingenuity, good humour and, of course, mateship. They are reflected in the self-sacrifice and self-effacement of the nine Australians who were awarded our highest military honour, the Victoria Cross, for actions at Gallipoli. 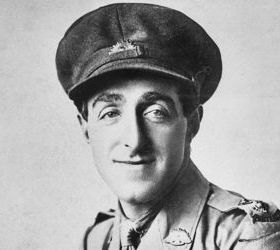 Men such as Lieutenant Leonard Keysor, a Jewish-Australian who enlisted to fight only three months after emigrating to Australia. Keysor was awarded the Victoria Cross for his bravery at the Battle of Lone Pine, in retrieving live Turkish grenades from the trenches and throwing them back over no-man’s land. Having survived the horrors of World War One, Keysor volunteered once more for service when World War Two rolled around. 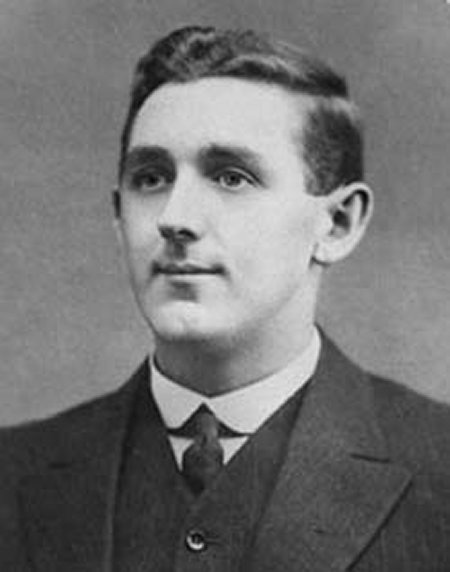 Men such as John Simpson Kirkpatrick, an undecorated Australian stretcher-bearer with a donkey as a companion. He carried dozens of wounded Australians back from the front lines, saving their lives, before losing his own to a Turkish sniper’s bullet in Monash Gully three weeks after the landing.

I visited the battlefields and cemeteries of Gallipoli just last week with my family, and Simpson’s headstone was there, along with those of many others. The inscriptions I saw brought to life another well-known Australian trait, the gift for understatement.

Sparse and simple phrases, such as “Well done Ted” and “Thank you Harry”, are all that adorn the headstones of those who made the ultimate sacrifice, giving their lives in the service of their country. The official Australian historian of World War One, Charles Bean, summarises the Anzac spirit thus.

Anzac stood, and still stands, for reckless valour in a good cause, for enterprise, resourcefulness, fidelity, comradeship, and endurance that will never own defeat.

The First World War still casts a long shadow over Australia. Of the 102,000 total Australian war dead, 60,000 fell in the First World War. One in five who served overseas were killed in action, including many of the 2,300 Jewish Australians who volunteered to fight.

But it also casts a long shadow over the modern Middle East. Some of those who survived Gallipoli went on to serve in the successful 1917 Palestine campaign, including the liberation of Jerusalem in December that year. A hundred and seventy-eight Anzacs lie in the graves of the military cemetery at Mount Scopus, a reminder of this history.

The Dardanelles campaign of 1915 was a failure, but the Palestine campaign of 1917 was a resounding success. Victory in the Battle of Be’ersheva, the liberation of Jerusalem six weeks later, and finally the capture of Damascus and Aleppo. By liberating much of the Middle East from Ottoman control, these victories helped dictate the shape of the post-war settlement in the Middle East.

In a quirky symmetry of history, the day the Battle of Be’ersheva was being waged and won – 31 October 1917 – was the very day the British War Cabinet approved the text for the Balfour Declaration. Both events were critical enablers for realising Zionist aspirations, and set the stage for the eventual creation of the State of Israel.

As we approach the centenary of the outbreak of World War One, we should continue to honour and remember our dead and fallen. But we should also reflect and be thankful for the enduring legacy of their sacrifice.

About the Author
Dave Sharma is the Australian ambassador to Israel.
Comments