Apologising is hard. Arguing defensively for one’s faith is always a dicey proposition, compounded by the fact that one is always fighting last generation’s battle. 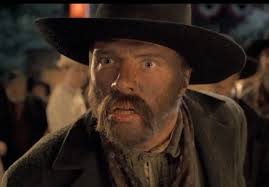 Nowhere is this more apparent than in the way contemporary halakhic Judaism grapples with homosexuality. Whenever religious Jews try to talk about gay issues, they end up sounding like recent arrivals from another era. Haredi (ultra-Orthodox) parties make no bones about it: they won’t even put a female on their lists, as part of their commitment to 18th-century ideals.

But it’s particularly irksome when you encounter some of the opinions offered by members of Bayit Yehudi, the Jewish Home Party, ostensibly representing the dati (translation: let’s just go with the barely serviceable “Modern Orthodox”) perspective. Party Leader Naftali Bennett, a moderate, explained that same-sex marriage is as kosher as a cheeseburger, while Rabbi Eli Ben Dahan, once (and future?) Deputy Minister of Religious Affairs called it “a recipe for the destruction of the Jewish people.” Yehudit Shilat, director of the Takana Forum dedicated to helping victims of sexual abuse, has stated that since most homosexuals choose to be that way, “advancing the gay-lesbian agenda legislatively” leads to “collective suicide.” Bezalel Smotrich reported that he now regrets organizing the Beast Parade in 2006 to compete with the Jerusalem Pride Parade, but he’s still a self-identified “proud homophobe” (see, proud is gay-eh in Hebrew; get it?) who declared (“normal,” in modern Hebrew, is a synonym for “sane” or “free of mental illness”):

Any person can decide he doesn’t want to live a normal life. That’s his right. But they don’t have the right — just because they are uncomfortable being abnormal — to demand of us all to redefine the norm and claim “there is no such thing as normal.”

And that’s not even getting into the mortifying video of Bayit Yehudi candidates responding to the issue of same-sex marriage.

While Shilat did not get into Knesset and the Jewish Home lost a third of its seats, the others are now proudly serving. If two of Likud’s current members move on and Amir Ohana, number 32 on the Likud list, takes his seat, I wonder how the gay Tel Aviv lawyer will be welcomed by his party’s “natural partners” in the Jewish Home.

For a man who ran on a platform of “No apologies,” Bennett surely seemed apologetic when presenting his offer to the LGBT community, “Rights, yes. Recognition, no.” He talked about how much he loves all Jews, even the gay ones, and how he served alongside them, but “Look, I’ve got a kipa on my head! Formalistic Judaism does not recognize same sex-marriage.”

I might note that formalistic Judaism does not recognize weddings performed in Cyprus either, but I digress. What does formalistic Judaism actually say? And since it looks like the Jewish Home will, almost against its will, accept the Education Ministry, what will they teach?

They must both be stoned if they are both adults, as it states: “Do not bed a man,” whether he is the active or passive partner.

If the male [minor] was less than nine years old, they are both free of liability.

Here is where the apologeticists’ heads explode. You see, they love to explain how the severe penalties for sex between men is really about pedophilia, launching into lusty descriptions of Greek culture. But the fact is that by Torah law, a man having consensual sex with an adult is liable to the death penalty, but one raping an eight-year-old gets off scot-free. This is explicitly laid out in the Talmud, Sanhedrin 54b. Maimonides himself seems bothered by this, so he concludes:

It is, however, appropriate for the court to subject the adult to lashing for rebellious conduct for homosexual relations although his companion was less than nine years old.

Well, that’s something. Except of course that the Hinukh, a comprehensive listing of the 613 commandments based on Maimonides’ count, thinks another party should be subject to lashing:

If one was a minor below thirteen years and a day, but above nine years and a day, the adult is stoned whether he was the active or passive partner, while the minor is biblically exempt but lashed by rabbinical law.

So, Naftali, I wear a kipa too. And if I lived in a Jewish state that followed this ruling, I would do everything in my power to burn it to the ground. I guess the question is when you’re willing to apply the rule promulgated in the last line of the first tractate of the Mishna, Berachot (9:5):

The best way to avoid apologetics is to have nothing to apologize for in the first place.