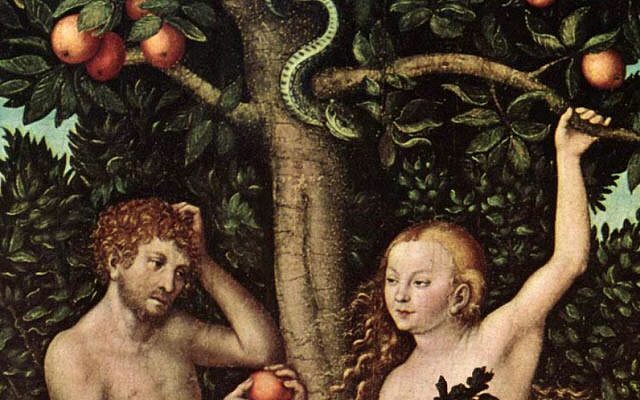 This week we are starting the Torah all over…again.

As a collective, the Jewish people know the Torah really, really well. We’ve carried it with us throughout our journeys and our sojourns around the world, studying it and using it as a reminder of our national purpose in this world.

But that’s not the case.

Every time we look into the Torah there is the possibility, and often the reality, of finding something new, no matter how many times we’ve seen the same text before.

Because the Torah is like a poem with infinite levels of meaning and depths upon depths of wisdom to discover.

But it’s not only that.

It’s also because we, as individuals, change from year to year. And each and every time we return to the same piece of Torah, the eyes we view it through have changed, allowing us to see things that we simply couldn’t previously see.

Taking it one step further, as the country, society and world we live in changes, how we understand and relate to the most ancient and important text of our tradition changes as well.

And right now our world is changing rapidly and radically in front of our eyes in ways we haven’t seen before. In more ways than one. But there is one way that I see as the most radical. And the most important.

Women are making their voices heard louder than ever before.

Women who have been sexually harassed and abused by men, and were led to believe that they need to suffer through their physical and psychological trauma in silence, are now coming out and speaking out against their oppressors in greater and greater numbers. They are rising up and declaring that the time has come to put an end to the fear, abuse and intimidation that women have experienced in every culture and society around the globe at the hands of men throughout human history. All the way back, we can say, to Eve.

As in Adam and Eve.

As in this week’s Torah portion.

A Torah portion I have read dozens of times. And have learned in depth with the insights of centuries of sages guiding my understanding of it.

It was always there, of course. I just didn’t see it. At least not the way I am seeing it now.

Long story short, God creates Adam, the first human being, and places him in the Garden of Eden. Paradise. Perfection.

God tells Adam that he can eat from all of the trees of the garden, except for the Tree of Knowledge of Good and Evil. Then Eve is created from the flesh of Adam and they live together peacefully and blissfully in the garden.

Then the snake comes and tricks Eve into eating from the Tree that she’s not supposed to eat from. She then gives of the fruit to Adam, and he eats as well.

Let’s pause here for a second. Classically, we learn that it was this act of eating from the tree that led to humanity’s exile from Eden and subsequent spiritual decline, setting up the rest of the human story as an attempt to return to this once perfect state of harmony. And everything gets blamed on Eve. She is the first one to eat from the tree and she is the one who causes Adam to do so as well.

The most obvious takeaway to extract from this reading the story is:

It’s all her fault.

And now all women should be punished for it.

And they were. Alongside the snake’s punishment of being destined to slither through the dust of this world, and man having to toil with great difficulty to produce food, Eve and her female descendants are punished with painful childbirth and, more strikingly, with being ruled over by their husbands. (We’ll get back to this soon.)

But, this year, I am reading the story a bit different. I am thinking that maybe it wasn’t only this moment of eating that caused humanity’s exile and decline. With my new eyes of this new year, I’m seeing and I’m thinking, for the first time ever, that maybe the very next part of the story contributes greatly to the exile from Eden as well, possibly even more.

God immediately comes onto the scene and asks Adam, “Did you eat from the tree I forbade you to eat??”

If it was a movie or a play, there would be a dramatic pause right about now.

What will Adam say? Will he cover for Eve? Stand up and take the blame? Will he explain to God about his own weakness in resisting the temptation of eating the fruit and express his sincere regret?

The answer, my friends, as we all know is…

Adam quickly responds to God by saying, “The woman who you gave me, she gave me from the fruit and I ate.”

You throw your wife under the bus moments after God creates her to be your unique partner in this world??

You take the low road when you could have taken the high road??

Why such a harsh punishment for Eve? Why make her, and all women after her, subservient to men, under their rule?

Why allow the text of Your holy Torah to be interpreted as support for viewing, as well as treating, women as “other”, as something lower than men?

There is so much I don’t understand here.

But I do know that I cannot fathom that You, God, would willingly open up the gates for thousands of years of oppression and suppression of women at the hands of men. I just can’t. I can’t imagine that this is part of your original divine plan.

So, this year, I am looking for a new way of understanding this story.

And I think I found something.

I’m thinking that the punishments given by God were not solely the result of eating from the forbidden fruit. In the text, God doesn’t come out swinging. He asks questions. He investigates. He seems to be “trying to understand” the situation and give Adam a chance to explain. But when Adam is given this chance, he utterly fails. All he does is place the blame on Eve, “that woman You gave me.” And I can’t help but think that this has a huge impact on God deciding to dish out the punishments.

Because Eve’s punishment of being subservient to Adam was preceded by his own treating of her as subservient. Adam doesn’t hit her or harass her or abuse her. But he does fail to remember the inherent unity God created them with. He quickly forgets that, originally, they were one being (as described in the story of their creation), and even after being physically separated from one another, they were meant to view each other and live with one another as if they were still one. Adam’s blaming Eve for his mistake creates even more distance between them, which leads to a sense of hierarchy. With him above, and her below.

And God, recognizing and confirming the unique and risky ability and power given to Adam in determining and influencing the fate of this world, seems to allow this, as if saying, “If this is what you want, so shall it be.”

And it has been.

For a very long time.

And while it is way beyond the scope of this blog to discuss and analyze the history of domination of men over women, it should be clear to any thinking person that this has indeed been the way of the world. That women around the globe and throughout the generations have experienced unequal treatment and discrimination as well as violence, abuse and oppression on a scale many times more than men. Not all women, but too many women. Not in all places and not at all times, but in too many places and at too many times.

And it all began with Eve. And Adam’s treatment of her.

And for that, I want to apologize to Eve.

On behalf of my ancient ancestor Adam, who didn’t take the opportunity to stand up for her. Who quickly lost the ability of to see the inherent unity that existed between them. Who put her down to raise himself up. Who, knowingly or not, opened up the door to millennium of women being perceived as other and as less, allowing generations of men to perpetuate this erroneous perception, viewing women as objects, to be treated as they wish, acting towards them as their masters.

I used to think that all of our spiritual work in this world was to fix the sin of eating from the Tree of Knowledge.

Now I am starting to think that our work is about fixing the mistake of Adam and his relationship with Eve.

For too long, it seemed like that work wasn’t getting done. That barely anyone was aware of the work that needed to get done. Most people seemed to quietly accept that status quo.

But no more. Our times are different times. New times. Special times.

And it will take time, but as more and more women speak up and speak out, and as more and more men support them in their doing so, and show compassion towards their suffering, that work is getting done. And as more men take a look at themselves and become aware of the ways in which they may be disrespecting or hurting women, whether in deed, speech or thought, that work is getting done. The other “original sin” is getting fixed. And we are turning backwards into history and apologizing to all of the women who suffered in silence.

All the way back to Eve.