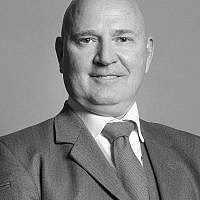 The Blogs
Neale Hanvey
Apply for a Blog
Please note that the posts on The Blogs are contributed by third parties. The opinions, facts and any media content in them are presented solely by the authors, and neither The Times of Israel nor its partners assume any responsibility for them. Please contact us in case of abuse. In case of abuse,
Report this post. 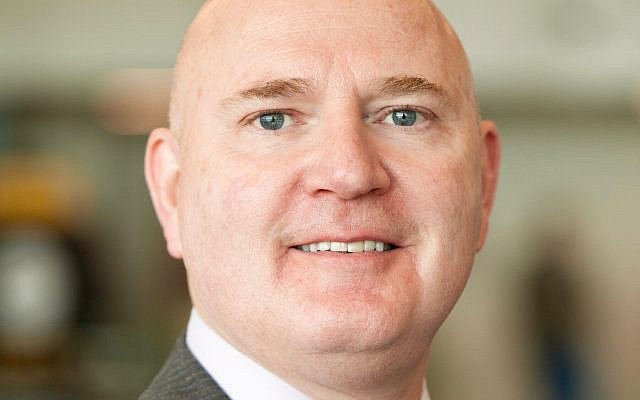 On 28 November 2019 I saw a reflection of myself that revealed something I had considered to be the antithesis of my values and beliefs. Yet there it was. However unintentional, my words were clumsy, harmful and wrong and I had no one to blame but myself. It was therefore up to me to take responsibility, make amends and build trust. I could not achieve that by walking away.

On that day I was suspended by my party when social media posts made more than two years before came to light. One was a news article from Sputnik news relating to George Soros which, I now understand, contained an image considered an antisemitic trope.

In a further post I drew a parallel between the treatment of Palestinians and the unconscionable treatment of European Jews during the Second World War.

This was insensitive, upsetting and deeply offensive and was in direct contravention of the IHRA definition of antisemitism. I gave an unequivocal apology for them at the time.

Despite the absence of ill-intent, there was simply no justification for these posts. While I may try to console myself that my poor choice of words was not as bad as some of the naked antisemitic insults I have become aware of, the reality is that what I think does not matter. It’s the impact that counts.

During the Holocaust memorial debate on 23 January, Andrew Percy MP powerfully challenged MPs like me to show that our “apologies [were] more than just words”, so at an appropriate point in the debate I crossed the chamber to seek his advice on how to do exactly that.

His generosity of spirit and willingness to help has been a consistent feature of my engagement with the Jewish community since that day, and I hope that those I have engaged with, including the Scottish Council of Jewish Communities (ScoJec), feel this has been reciprocated by my willingness to learn.

That learning has been guided by Danny Stone, chief executive of the Antisemitism Policy Trust (APT) and has taken the form of reflective one-to-one meetings, the completion of Yad Vashem’s online course, Antisemitism: From Its Origins to the Present, and attendance at various APT activities in Parliament.

As a teenager I visited Dachau where I witnessed, and vividly recall, the deep sense of foreboding that permeates the air there to this day. While my understanding of the development of the ideology that led to the horrors of the Holocaust was rudimentary, in those days I had felt secure in my knowledge that antisemitism was wrong. As that security was shattered by recent events, I welcomed the opportunity to gain a deeper understanding.

The historical narrative of the course is valuable in itself, but behind that history is a revealing theme of scapegoating, othering and persecution that arose when the prevailing social and economic circumstances were such that the targeting of a minority was more expedient than taking responsibility for reality.

That this pattern has echoed through millennia to this day underscores the valid anxiety within the Jewish community of the early warning signs that arise in public discourse. Its manifestation in far-right discourse follows an all too familiar pattern, but more recently it has emerged within the discourse of the left in the UK.

Both ideologies are diametrically opposed on much, however they correlate on antisemitic thinking based around Jewish caricatures, tropes and conspiracy theories. These are then utilised for political purposes and deployed as a qualification for extreme antisemitic language.

This has been used indiscriminately, regardless of political persuasion, and has targeted Jewishness under the guise of the politics of the Israeli-Palestinian conflict.

Some of the kindest, wisest and most talented NHS clinical and management staff I worked with in London, in my previous role, were Jewish and I carry a sadness that my careless words may have caused them pain.

These past few months of study and reflection has been a journey of great personal value. As an Irish born ‘New-Scot’ it has challenged my notion of civic nationalism and alerted me to questions of belonging, difference and the ‘other’. We all share the responsibility to speak up, speak out and most importantly to support and educate, and I am grateful for this opportunity to do so.