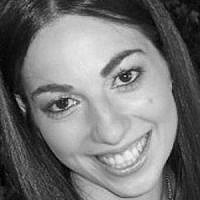 The Blogs
Dyonna Ginsburg
Apply for a Blog
Advertisement
Please note that the posts on The Blogs are contributed by third parties. The opinions, facts and any media content in them are presented solely by the authors, and neither The Times of Israel nor its partners assume any responsibility for them. Please contact us in case of abuse. In case of abuse,
Report this post.

My husband has been known to quip, “Meet my wife, Dyonna, Executive Director of the World.” In so doing, he lovingly pokes fun at me and at the name the organization I head has chosen for itself: OLAM, a direct translation from the Hebrew word for “world.”

Prior to OLAM’s launch less than a year ago, we debated several names. But it took us less than five minutes to agree upon OLAM once the idea was raised. Our three stakeholders — The Alliance for Global Good, Charles and Lynn Schusterman Family Foundation, Pears Foundation — liked the sound of it right away. It is simple and easy to pronounce. Its Hebrew anchors it in the Jewish story; its translation conveys a universal message. And, the ubiquity of the phrase “Tikkun Olam” in popular Western culture makes it recognizable to a broad audience.

My husband’s witticism, however, points to another aspect of our organization’s name. Every time I say “OLAM,” I am simultaneously reminded of the magnitude of our vision — a global Jewish people who embrace service and international development efforts to support communities in need around the world — and humbled by the knowledge that, even if we succeed in achieving our lofty goals, OLAM will still only be a small part of a much larger endeavor to tackle the complex challenges of the world.

Not long after choosing our name, we developed a set of core values that underlie our work and unite our otherwise diverse coalition partners, more than 40 Jewish and Israeli organizations doing work on the ground in developing countries. Among these values is humility — a value that we don’t often associate with bold vision and that would seem to be in tension with a name like ours.

Recently, I’ve spent a lot of time thinking about humility and its relationship to greatness. Last month, I delivered a TED-style JDOV talk entitled, “For There Is Me: The Paradox of Humility.” In it, I argued that humility is a central Jewish value, no less important than giving tzedaka or performing acts of lovingkindness:

We are told that Moses was “the most humble person that ever lived.” The Talmud teaches that God chose to reveal Himself in the burning bush, since it was the simplest form of vegetation, and that Mt. Sinai was chosen as the spot where the Torah was given since it was the lowliest of mountains…

According to Jewish tradition, humility is not self-negation. True, Moses may be the humblest among men, but he also stands up to the evil Pharaoh and delivers the Jewish People out of Egypt. The burning bush may have been the simplest of vegetation, but it was hardy enough to withstand fire. Mt. Sinai may have been the lowliest mountain, but it was a mountain after all, not a flatland or a crater.

Humility is having an accurate view of oneself, without the need to exaggerate information in either a self-promoting or self-debasing direction. It is being aware that one has infinite potential, on the one hand, and is infinitesimally small, on the other. It is appreciating the strengths in others and extending oneself to others. As C.S. Lewis says, humility is “not thinking less of yourself, but thinking of yourself less.”

Rav Simcha Bunim, the 18th century hasidic master, suggested that every person carry two notes in his or her pockets at all times. On one, the phrase: “For my sake the world was created.” On the other, the verse: “I am but dust and ashes.” The ideal is not one extreme or the other, but being able to self-monitor and find the appropriate middle-ground.

While my JDOV talk focused on the individual level, I often find myself wondering: what would it look like if the global Jewish people were to adopt Rav Simcha Bunim’s suggestion in our approach to the greater world? What might his understanding of humility look like on a collective level? If a hallmark of humility is the ability to evaluate oneself accurately, how do we, as a people, stack up when it comes to our engagement with global issues, such as extreme poverty?

Jean Twenge, author of the 2009 book The Narcissism Epidemic, reported a study that indicated that 39% of American eighth-graders were confident in their math skills, compared to only 6% of Koreans. In actuality, however, the Korean students did far better on math tests than their American counterparts. These American students didn’t excel in math; they excelled in thinking they’re good at math.

In conversations about Jewish engagement in global causes, I’ve often encountered a similar gap between our self-perception and our actual involvement. We readily point to shining examples of Jewish individuals and organizations working to support vulnerable populations around the world. But, we’re more reluctant to acknowledge that current Jewish efforts are small in comparison to what they could be and in comparison to what other faith-based communities are doing in this realm.

Here’s an honest look in the mirror:

Dozens of Jewish and Israeli organizations do important and life-changing work in the developing world. But many lack significant resources, impeding their ability to bring about sustainable impact. Thousands of Jewish individuals volunteer and work in the broader global service and international development fields, but most lack frameworks to connect their personal passions and commitments to their Jewish identities. As a whole, our community is blessed with unprecedented resources, with the ability to care not only for our own needs but for those of others. But, for many of us, it is unclear why Jews should support non-Jews living faraway. Israel is a member of the OECD, but its foreign aid budget as a percentage of gross national income trails far behind the other countries in this exclusive club.

We have a lot to be proud of, but we could be doing a lot more.

So, what would it look like for the Jewish people to adopt Rav Simcha Bunim’s approach?

We would need to see Jewish contribution to the larger world within its proper context. I am dust and ashes. In a world of 7.4 billion people, our own 16 million, by optimistic counts,can only do so much. We must work in partnership with and learn from others, first and foremost, from the very communities we set out to support.

But we need not be deterred by the enormity of human suffering nor by what appear to be intractable problems. For my sake the world was created. We must recognize our unique potential contributions to the world — values, knowledge, skills and resources born out of our own history — and take responsibility. We may be small, but the global Jewish people can and should punch far above our weight.

About the Author
Dyonna Ginsburg is the Executive Director of OLAM, a collaborative venture and joint platform for promoting global Jewish service. Prior to OLAM, Dyonna served as Director of Education and Service Learning at The Jewish Agency; Executive Director of Bema'aglei Tzedek, an Israeli social change NGO; and co-founder of Siach, a global network of Jewish social justice and environmental professionals. A frequent lecturer, she was named "one of Israel's 50 most inspiring women" by Nashim magazine in 2015.
Comments