The periods just before Purim and April First are hard ones on me. Which are the articles trying to fool the readers and which the serious ones? I often can’t tell the difference. Here’s the harvest of the last 24 hours. Can you tell which are pulling a fast one on us and which are not? NB: They are all from respectable news providers.

However, reality is often stranger than fiction. My question is not: Which one is fake news? Rather, I wonder which one isn’t.

I’m afraid that the 13 news items are all true though they each sound too ridiculous to be taken for factual. Don’t ask me – I wasn’t a witness. I only read the news.

Look at the list of states: progressive ones, one after the other. How could this be true?

This, after we heard all the time that of course Obama had not ordered a tap on Trump’s phone. Now we need to believe that the eavesdropping had happened and was accidental?

However, nothing is heard clearly in this new clip. The video should not be new. It should only be newly revealed. There is only one shot and then the tape stops. Seeing it, one gets the strong impression that are being misled, but probably not for April fools’ day – rather for everyday’s fools.

“We’ve been fighting against the Zionists for more than 60 years now, but there was never any lawlessness like this. Jerusalem residents are suffering, with roads shut down [by protesters] and other actions.” “Imagine yourselves here in New York shutting down Lee Avenue, Bedford Avenue, or the BQE [Brooklyn-Queens Expressway, Interstate Highway 278].”

How can this be true? Vilifying Israel is OK but blocking traffic is not?

Iftach Gazit, a student at the Bezalel Academy of Arts and Design, has designed, as part of his as part of Gazit’s Industrial Design course, food bags that can be added to the laundry cycle to cook dinner while waiting for your clothes to get clean.

This surely is a prank. You can’t cook food that needs 200 Celsius for half an hour in 50 Celsius for 2 hours (of 8 hours for that matter). But again, who knows? Maybe the artist does not know biochemistry.

Over 120,000 Europeans took part in this year’s competition by casting their votes for their favorite tree online.

A tree of the year contest? May the best one win. At least these Westerners show respect for the elderly (trees).

When comedian Nathan Fielder found out that his favorite jacket company paid postmortem tribute to a known anti-Semite and Holocaust revisionist in one of their catalogs over a decade ago, he did what any nice Jewish comedian would do: he opened up a competing jacket company.

I want such a jacket because I want to fight Holocaust denial? Sounds crazy to me, but would it be good taste to make yet another Holocaust joke??

Zarrab is accused of playing a key figure in helping Iran evade sanctions that had been designed to thwart the country’s nuclear program and efforts to carry out terror attacks against Israelis and others.

Sure, what’s next? The leader of ISIS asks Trump for business advice?

France had obtained spies on Syria but Israel had turned them into spies for Israel.

What would be unethical about that? The best boss gets the workers, no?

This must be a prank, no? Crown Heights without Jews is like Jerusalem without Jews. They must be kidding. But they are serious?

… a machine—developed by the Israeli company Water-Gen—that is capable of extracting and purifying water from the air. The company’s machine can produce between 15 and 20 liters of drinking water per day.

In countries without water this will save everyone, their food, their animals, their fodder. Just plug it in and – oops. Plug into what? This is as stupid as the invention of instant water. When you’re without, you open the bag, poor in water, and … it’s ready for drinking. (Better idea: just spread sheets of plastic over the ground and the dew will irrigate the ground.)

State of Georgia says last name must be mother‘s, father‘s or combination; parents say they can‘t get birth certificate

Sounds crazy but truthful, but one never knows.

The Netherlands have a better principle than a privilege for parents to name their children anything they want. They can’t if it’s fair to assume the child will be pestered because of it.

Advertising campaign for film chooses to leave off female cartoon character – though nobody requested it.

Who can say if this is true or not? It’s already too bizarre that the Smurfs are shown in Israel, with the villain being the hook-nosed wizard Gargamel with his cat Azraël. According to French sociologist Antoine Buéno, Gargamel is suggestive of a stereotype of a Jew, having a big nose, magic powers, love of gold, and keeping a Mezuzah by the door of his hut (clearly identifiable in several panels of the comic).[1]

About the Author
MM is a prolific and creative writer and thinker, a daily blog contributor to the TOI. He is a fetal survivor of the pharmaceutical industry (https://diethylstilbestrol.co.uk/studies/des-and-psychological-health/), born in 1953 to two Dutch survivors who met in the largest concentration camp in the Netherlands, Westerbork, and holds a BA in medicine (University of Amsterdam). He taught Re-evaluation Co-counseling, became a social activist, became religious, made Aliyah, and raised three wonderful kids. He wrote an unpublished tome about Jewish Free Will. He's a strict vegan since 2008. He's an Orthodox Jew but not a rabbi. * His most influential teachers (chronologically) are: his parents, Nico (natan) van Zuiden and Betty (beisye) Nieweg, Wim Kan, Mozart, Harvey Jackins, Marshal Rosenberg, Reb Shlomo Carlebach, and, lehavdil bein chayim lechayim: Rabbi Dr. Natan Lopes Cardozo, Rav Zev Leff, and Rav Meir Lubin. * Previously, for decades, he was known to the Jerusalem Post readers as a frequent letter writer. For a couple of years, he wrote hasbara for the Dutch public. His fields of attention now are varied: Psychology (including Sexuality and Abuse), Medicine (including physical immortality), Science (statistics), Politics (Israel, the US and the Netherlands, Activism - more than leftwing or rightwing, he hopes to highlight Truth), Oppression and Liberation (intersectionally, for young people, the elderly, non-Whites, women, workers, Jews, LGBTQIA, foreigners and anyone else who's dehumanized or exploited), Integrity, Philosophy, Jews (Judaism, Zionism, Holocaust and Jewish Liberation), Ecology and Veganism. Sometimes he's misunderstood because he has such a wide vision that never fits any specialist's box. But that's exactly what many love about him. Many of his posts relate to affairs from the news or the Torah Portion of the Week or are new insights that suddenly befell him. * He hopes that his words will inspire and inform, reassure the doubters but make the self-assured doubt more. He strives to bring a fresh perspective rather than bore you with the obvious. He doesn't expect his readers to agree. Rather, original minds must be disputed. In short, his main political positions are: anti-Trumpism, for Zionism, Intersectionality, non-violence, democracy, anti the fake peace process, for original-Orthodoxy, Science, Free Will, anti blaming-the-victim and for down-to-earth optimism. Read his blog how he attempts to bridge any discrepancies. He admits sometimes exaggerating to make a point, which could have him come across as nasty, while in actuality, he's quite a lovely person to interact with. He holds - how Dutch - that a strong opinion doesn't imply intolerance of other views. * His writing has been made possible by an allowance for second-generation Holocaust survivors from the Netherlands. It has been his dream since he was 38 to try to make a difference by teaching through writing. He had three times 9-out-of-10 for Dutch at his high school finals but is spending his days communicating in English and Hebrew - how ironic. G-d must have a fine sense of humor. In case you wonder - yes, he is a bit dyslectic. November 13, 2018, he published his 500th blog post with the ToI. If you're a native English speaker and wonder why you should read from people whose English is only their second language, consider the advantage of having a peek outside of your cultural bubble. * To find his earlier blog posts on a certain subject XXX, among his over 1200 ones, go to the right-top corner of the Times of Israel page, click on the search icon and search "zuiden, XXX". His second daily active less tame blog, to which one may subscribe, one may find here: https://mmvanzuiden.wordpress.com/ or by clicking on the globe icon next to his picture on top. * To send any personal reaction to him, scroll to the top of the blog post and click Contact Me.
Comments 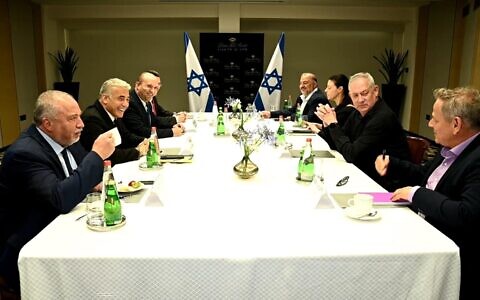 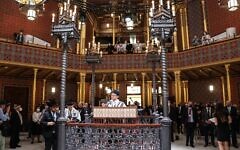 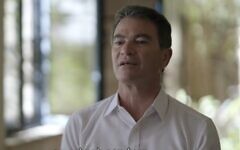 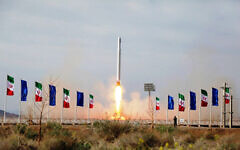 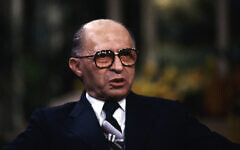