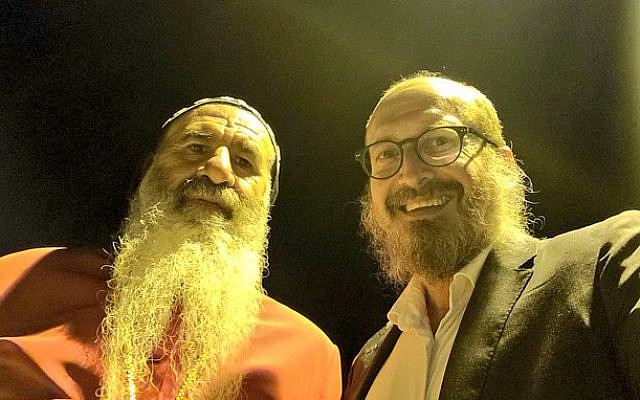 During my trips across Turkey, I usually shared a day post, but meeting with Metropolitan Gregorios Melki ÜREK of Adıyaman and conversing with him in Aramaic, deserves a special post. 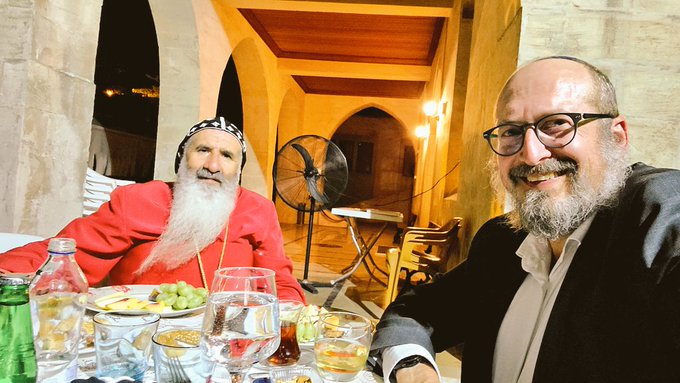 Metropolitan Gregorios looks over a small, dwindling community in the Adıyaman area – a community that is native to this region, as he explains “We are Arameans, we are from this region, so we speak, write and read in Aramaic. This is our home”. 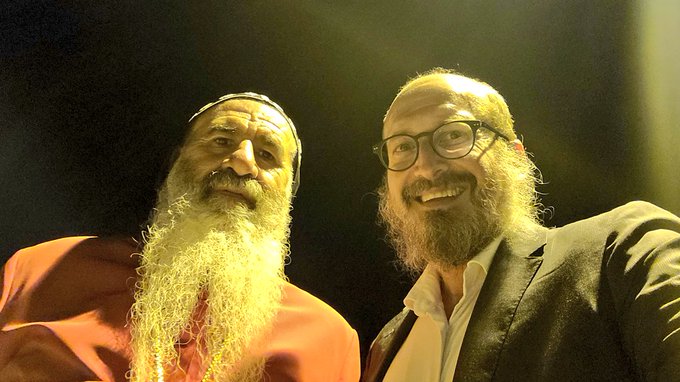 The Metropolitan and I walked around the streets of Adıyaman. He’s wearing his usual bright red clerical clothing, while I’m wearing my Kipah, and it seems that everyone knows him. “We love the people.” he said, and they sure reciprocated in kind.

“One should always feel free to express his religion and who he is anywhere he goes.”, he said. “Because freedom is not a human gift. It was given to us from our Creator.”, he added.

“It was a lovely evening with the Metropolitan. We drank tea, ate fruits.” said Lehayim and he spoke about what divides us and about what unites us – concern for continuity of our respective communities chief amongst them.

“Seyidne” he is called by everyone in the neighborhood – mostly by Syrian war refugees who settled close to his home. “Have always been respected here by everyone, even though we are so beey few here.”, he told me as he explained the meaning behind the Mount Nemrut marble replicas.

“May the Eternal protect you and we are sending peace and greetings to the Hebrews, the Jews, our brothers.” he said in Aramaic before we part.

For me, to witness Aramaic as spoken language; to argue about the roots of specific words and expressions; and singing Chad Gadya Dezabin Abba, with someone who actually understands the words was an /unforgettable experience! Leilio Nicho Boeina Loch! Good night in Aramaic!