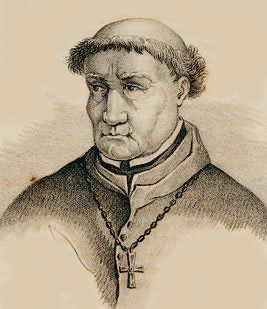 Are American Jews complicit with antisemitism? Are they demonizing those who are different, those whom Yad Va’Shem  defined the anti-Semitic victim as “the other”?

Friday afternoon, in Washington, D.C., after an annual American Right to Life day of free speech and assembly, a contingent of students from Covington Catholic High School gathered under the shadow of the Lincoln Memorial awaiting their bus to take them back home to Kentucky.

The High School students were a predominantly white boys’ group. Many of them sported Trump MAGA hats broadcasting their otherness of support for the President.  In a one minute, cell phone video they were virally projected unto the online world, affirming the liberal perception of them, as hating bigots, beneficiaries of white privilege

The official American mainstream media went wilder. Some called for throwing the youngsters, described as products of incest and Priest sexual abuse, into wood chippers.  The face of a young MAGA hat, was recorded as smug, seemingly disdainfully, sneering, confrontationally smiling inches away and into the face of an elderly Native American. The Native American peacefully, rhythmically beat his war drum and chanted in defiant protest. The White MAGA wearing group seethed with hatred to the inferior of color.

The video confirmed the truth of the Trump haters. It proved the MAGA hat wearers were purveyors of evil, poisoners of wells, dominating their inferiors.  Instant loathing rose from the liberal, leftist world, which is heavily populated by Jew. 70% of Jews voted against Trump. Many an American Jews’ blood runs absolute cold with hate for Trump.  Any supporter of Trump, any wearer of a MAGA hat confirms the Torah knowledge of leftists. Trump supporters are evil. Trump supporters need to be expunged, removed, exterminated from society to save America for the future.  To save America, the disease must be excised.

The students arrived home to death threats.  The Catholic school could not open the next day because of fears of physical danger.  The young people’s lives will be forever tarnished by the never forgetting internet.  Catholics are blanket hated because of a Catholic group that did not support abortion on demand and opposed Roe V. Wade.

The problem with the one-minute video was it was not the whole story. It was a snippet of disinformation. The one minute showed a young man facing his enemy with cool dignity, courage, manners, non-threatening but oozing with “facecrime”.

George Orwell described “facecrime” in his futuristic book, 1984. In 1984 everyone who did not conform lived in fear of the state. They did what the state wanted and thought, loved and hated who the state said to hate, or else.

“It was terribly dangerous to let your thoughts wander when you were in any public place or within range of a telescreen. The smallest thing could give you away. A nervous tic, an unconscious look of anxiety, a habit of muttering to yourself – anything that carried with it the suggestion of abnormality, of having something to hide. In any case, to wear an improper expression on your face (to look incredulous when a victory was announced, for example) was itself a punishable offense. There was even a word for it in Newspeak: facecrime, it was called.”

The anti-Trump media chorus, about 90% of the media, every bigot knows the Jews own the media, never looked further to know their truth. Even after the full video came out, all two hours of it showing the most vicious hatred, vile verbal excrement heaped on the MAGA wearers who stood peaceful and non-threatening, absorbing with restraint and good manners the filth from the Black Hebrew Israelites and their face of color, the elderly Native American taunting them.  Virtually none of the morally superior left retracted their stereotyping.  Some doubled down and blamed the kids again the next day.

The Covington Catholic High School students had done nothing wrong except exist in the face of hate.  The hate of the Catholic school kids had nothing to do with facts or anything they had done. It did have to do with 100% identity politics.

They were hated for who they were, the non-politically correct – the perceived outsiders.

The Catholic High School students had become the Yeshivah Buchers of another era.  It was enough they existed with their payyahs that they should be hated.

That Jews joined the mob frenzy of identity politics against the Catholic school, “the other”, is of little doubt.  That Jews did not face down injustice is also real.

Where were the Jews defending “the other”?  It could be them next time. When the lies or media distortions come against the Jews, who will stand with the Jews?

The Jew is becoming “the other” again as antisemitism rises, no matter how much virtue signalling the Jew does. Four new Democrats and a returning Republican, with deep antisemitic links, have been elected to the Congress. God forbid a Republican endorses or supports the “Goat” the greatest of all times, Minister Farrakhan. It is o.k. for growing numbers of Democrats, who are unsurprisingly anti-Israel, to revel in their “Goat” connections.

An uncomfortable question for antizionist Jews is identity politics. Pitting political interest groups against each other to marginalize another – a weaker group is a dominant modern American political theme. If the antizionist Jew hates Israel enough does that mean the wife beating anti-Semite will not hit him?

120 years ago, Herzl recognized Jews would forever be the outside group, “the other” of identity politics.  No matter what, ultimately the Jew would be hit. The only solution for the Jews was an identity politics of their own, a land, a home, a place that wanted them. A place where they who chose to stand as Jews could or at least go down fighting and not on their knees.

I must admit reluctance at writing a blog that will get me hate. Being Jewish, I am already part of “the other” anyway.