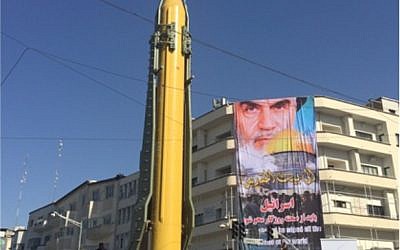 When US President Donald Trump withdrew from The Vienna Agreement, also known as the Joint Comprehensive Plan Of Action, (JCPOA), Iranian officials including Mr. Hassan Rouhani, seemed jubilant about the move.

It looked as if a heavy burden had been lifted from the Iranian regime.
That is because the Iranian Regime does not have any problem with sanctions and the cancellation of the JCPOA,  but appears instead, to welcome the changes.
The Iranian government takes the view that only five million of its population, out of 82 million, have the right to be treated like human beings.

The leaders of the Iranian regime want their citizens to feel joyless, and remain alienated from the rest of the world by  discouraging them to travel abroad or to be in contact with foreign countries. The sanctions are seen by the government as another way to distance Iranians from outside influence, which makes them appealing as a tool for internal oppression.

Economic sanctions typically work against regimes which are “Rogue States”, or corrupt governments.

Nevertheless, the Iranian regime is unlikely to be phased by renewed sanctions, and will continue on as it has, prioritising its spending on foreign policy, at the expense of its people, and ignoring the country’s deepening economic crisis.

In reality the only way Iranian people can achieve the kind of governance they so desperately need, is by overthrowing their autocratic and totalitarian government.

This objective may well be being frustrated by backdoor negotiations between the West and the regime. Iranian opposition forces within Iran need an assurance that no behind the scene negotiations or agreements between the regime and the west are taking place. At the same time, the Iranian people also need an assurance that the Islamic Republic of Iran will accept the twelve demands made by Mike Pompeo (USA). These guarantees, along with the ongoing nationwide demonstrations inside Iran and the support of  Prince Reza Pahlavi will provide the momentum needed to seize power and finally overthrow what has become a bloody and autocratic government in Iran.

Iranians are alive to nuance in politics and they have known, only too well, for the last four decades, that threats from countries like America have only emboldened the regime in Iran, which in turn has severely affected the country’s population.

Change requires a combination of sanctions and applied pressure from every corner.

Without this strategy, the Islamic Republic of Iran is free to buy into an attribution policy, giving the regime the opportunity to attract global attention by playing the victim card.

In summary, in order to overthrow the Islamic Republic of Iran and create peace in Iran, the Middle East and the rest of the world, imposing sanctions must be supported by other options.