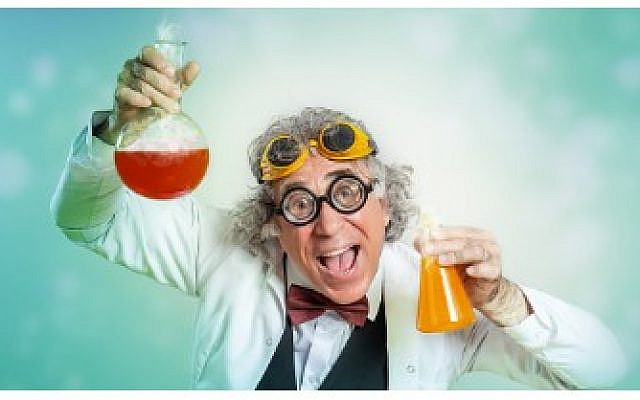 Modern Science has gifted the world and humanity with almost immeasurable benefits. Scientists are the ones we can credit for all the advances we have enjoyed over the past hundred years. It has also blinded its devotees and admirers with a godlike sense that now we control the world, and there is no need for the God of our forefathers.

The priests of science have projected their religion as the absolute end of all knowledge and awareness, excluding anything else. This is simply an illusion of fact and reason.

Scientists don’t know how tornados are formed, and it’s right before their eyes. They still haven’t figured out the weather with all their computer models. They are not sure how smell operates, still haven’t cured cancer, why we sleep, why we dream, what is consciousness, why and how the placebo effect works.

Scientists don’t KNOW how life began, what happens after we die, is reality real, and how many species are there on this Earth we inhabit!

Scientists have “discovered” retracted, modified, and rediscovered thousands of times over the years what is healthy and what will kill you, and all this is in the universe right before our very own eyes. And they want you to believe they know EXACTLY how the big bang happened and what took place over 13.7 BILLION YEARS AGO????

Beethoven’s Symphony No. Nine has approx. 70,000 distinctive musical notes. What are the chances ONLY one-note fell in randomly while Ludwig Van Beethoven was inscribing his symphony on paper? What would happen if ONLY one or two notes fell out by accident? Is it possible the entire symphony happened because Beethoven kept throwing the notes around and randomly, based on Darwin’s theory of evolution, this beautiful masterpiece of music and information came together on its own?! This is absurd. Even more ridiculous is when “smart” scientists suggest the outlandish multiverse theory.

There are about 100 TRILLION cells in a human body (each ONE a veritable factory in itself) working in absolute synchronized harmony, supporting and dependent on each other. Is it possible they all came exactly together by chance? As a random accident? While they needed and depended on the coordinated support of different cells for their formation? “The heavens recount the glory of the Almighty, and the firmament communicates HIS handiwork.”

According to science, if we were to know with precision initial conditions, the key word is “were” to know all the necessary bits and pieces of information (which is not possible anyways on the Quantum Level according to Heisenberg’s law of uncertainty) everything would be perfectly predictable and so everything is in truth pre-determined according to some prearranged set of rules.

Who designed the precision of those laws? How did THEY come to form a perfect mathematical equation? Where is a person’s free choice? The crazy thing is that so many scientists believe, free choice is an illusion???

Without faith, a man can do nothing; all things are possible with it. Why should anyone have faith in nature if it is random? Who and in what are you putting your faith? Randomness? Faith is not belief without proof but trust without reservation. It is logical, rational, and natural to believe and acknowledge a wise Creator in this universe. It is desperate and folly to think otherwise.

The other day, I read a comic strip that went in the following way. “The longer I live, the less I know.” “Is there a name for that?” “Wiser.”

An ancient prayer asks God not that we shouldn’t have any struggles in life but that we should have the strength to overcome any challenges in life so that we become the greater and stronger person these hardships are “conscientiously” intended to make of us.

“We” on Earth’s surface are moving through the universe aboard spaceship earth. Earth is riding along in the Milky Way, in the direction that the constellations of Leo and Virgo are to us, at a speed of 2.1 million Kilometers per hour, towards a thing scientists don’t fully understand yet, called the Great Attractor.

In 120 Years (the life span of a human being) of Earth’s movement through space, you will have moved and traveled a considerable measurable path through the universe. You may think you didn’t buy a ticket for this ride you are signed up for; nevertheless, this is quite literally the ride of your life.

This is a crazy reality that doesn’t happen randomly. There is a purpose and a why, God programmed this universe in such a precise and eloquent manner. for us to move forward along in that direction. (MOSHIACH) We are responsible for making it an enjoyable, eternally worthwhile, memorable ride.

Pure Godliness is spiritual, but spirituality doesn’t necessarily mean Godliness for many people. For many people, spirituality is anything they can’t see or touch with their five senses. To be sure, Intellect and emotions are spiritual (another area scientists have no idea of its composition and functioning, “The hard problem”), but many “spiritualists” are often NOT Godly.

George Boole of the famous Boolean Logic, on the origin of evil, suggests;

Four logical premises…” If God is omnipotent, all things must occur according to His will and vice versa.

Second, if God is perfectly good, and if all things occur according to His will, absolute evil does not exist.

The Third premise. If God were omnipotent and benevolence was the predominant principle of his conduct, then pain could not exist, and it must exist only as an instrument of God.

“The most beautiful and most profound experience a man can have is the sense of the mysterious. It is the underlying principle of religion and all serious endeavors in art and science. To sense that behind anything that can be experienced, there is something that our minds cannot grasp, whose beauty and sublimity one can only imagine, this is religiousness.

All the mass and multitudes in the upper galaxies and lower worlds, the heavens, and the Earth were created from nothing (i.e., physical, corporeal).

God was, God is, and God will forever be. The only real existence is God, and it is out of God that the world was created.

A miraculous feat only God can accomplish. The essence and matter of the universe is Godliness, in the form, of what appears as the world we see all around us.