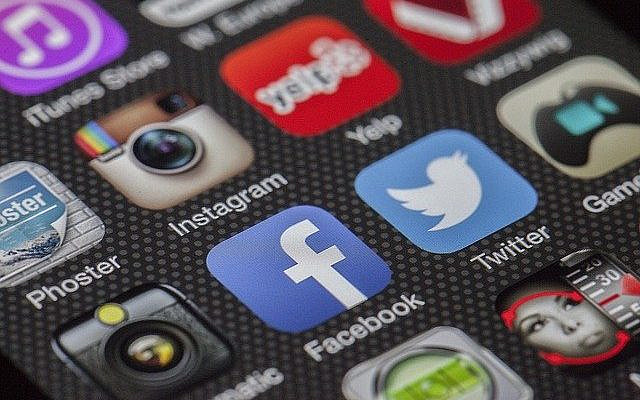 It’s clear that Americans are experiencing a resurgence of overpowering propaganda which is growing into a tsunami of untruths. It’s long past time for us to rewind back to the 1920s so that we can understand the origins and characteristics of propaganda.

WE the people must become THE mainstream media.

My goal in connecting past history with present history is to implore our citizenry to be well -informed; to use the past as a reliable tool to unwind the web of propaganda encircling us. I declare right here from the beginning of my blog, “My DNA of values lines up as a conservative Christian.” But whether you are conservative or liberal you will likely agree with my visit to World War II propaganda history.

Winston Churchill in a 1948 speech to the House of Commons observed, “Those who fail to learn from history are condemned to repeat it.

Churchill’s words ring with a warning today. It’s time to dig trenches of truth and then shovel the facts out into the open. Propaganda is not only washing over the United States, it’s surging against Israel and the Jewish community again with antisemitic blame and lies for every ill the world is suffering.

While the description “fake news” is bandied about from President Trump and others, the word “propaganda” reflects far more gravity and alarm. I call it “FiveTwenty Propaganda.” Why? In Isaiah 5:20, the brilliant prophet wrote, “Woe to those who call evil, good and good, evil.” Mainstream media is in lock step on many fronts.

For example, conduct your own informal experiment. Use your remote and jump from channel to channel in breaking news and especially commentary. The degrees of sameness vary, but you will hear the same descriptions, the same scripts, the same words, and the same slander on a range of subjects. The sameness often holds true for social media, Twitter, radio, magazines, newspapers, books, and film.

Whether it’s a lack of context due to journalistic laziness or a more pointed effort to circulate slander, the result is the same. The media’s see-saw of hysterics spills over into division and distrust erected on the minds of the American public.

What are the origins of dangerous culture-altering propaganda? We need only look at one book and two men: the 1925 book Mein Kampf by Adolph Hitler and Joseph Goebbels, Germany’s Reich Minister of Propaganda. Hitler hired the 5’5″ mastermind and gave him his shameless title. Goebbels is infamous for carrying out the intense darkness of deception.

Nicknamed the “Poison Dwarf,” he oversaw the “Golden Age of Propaganda” from 1920s to 1945. Goebbel’s so-called Golden Age of Propaganda resulted in the murder of 6 million Jewish men, women, and children, and millions more, overtaking most European countries. Living up to both titles, his seizure of Germany’s newspapers, radio, magazines and films, along with a media takeover of conquered countries, resulted in the Holocaust.

“One of the great liabilities of history is that all too many people fail to remain awake through great periods of social change.”  Rev. Dr. Martin Luther King

The Nazi propaganda machine crept into German society little by little until book burnings, Kristallnacht, yellow stars and passing trains burst into the open. All the while, Goebbels, German elites, and  German citizens found fascination in elegant parties, massive rallies, parades, and cultural events glorifying Hitler. Eventually his hypnotic hold on Germans embedded itself in denial, apathy, and/or violence. Goebbels steered the rudder of lies.

The Poison Dwarf implemented Hitler’s demonic strategies about the “big lie.” Hitler proudly claimed that his propaganda technique was “so colossal” that no one would believe it would even be attempted. He called it “impudence to distort the truth so infamously.”

When you read some of Goebbels’ quotes think about the non-stop propaganda slander about President Trump,  Jewish communities and Israel worldwide, and American Christian conservatives. I’m not an investigative, covert operative, but it’s not necessary. I’m focusing on the facts about propaganda strategy, a history lesson about Hitler and Goebbels and how they embedded hatred into their culture.  Hatred is the underpinning of propaganda.

Here’s part of Hitler’s propaganda’s formula: If you know the formula already, you will recognize it. If you don’t know, please remember them for today’s sake and vigilance.
• “If you repeat a lie often enough, people will believe it, and you will even come to believe it yourself.
• The most brilliant propagandist technique will yield no success unless one fundamental principle is borne in mind constantly – it must confine itself to a few points and repeat them over and over.”

WE the people must become THE mainstream media.

A 1940s author, Walter C. Langer, respected by the United States Office of Strategic Services, described Hitler’s strategy this way. “His primary rules were: never allow the public to cool off; never admit a fault or wrong; never concede that there may be some good in your enemy; never leave room for alternatives; never accept blame; concentrate on one enemy at a time and blame him for everything that goes wrong;…”

While the Hitler/Goebbels strategy crept into German society disguised in lies and subterfuge, today’s FiveTwenty Propaganda comes over the airwaves and internet with unrelenting assaults against truth and context. Evil, good! Good, evil! Abortion is good. Adoption, not so much. Donald Trump didn’t win. Hillary Clinton did. Israel unleashed Covid-19. Not China. Obama said the Iran deal is good. Trump said the Iran deal is bad. Socialism is the answer. Capitalism is the problem. Our culture is upside down.

“Ready, aim, fire” is now a description for hurling out any word, any sentence twisted out of context to keep the public inflamed with 24/7 emotional responses. As Langer noted about Hitler’s strategies, “Never allow the public to cool off.” When emotion rather than facts powers the emotional train, chaos often follows.

Lastly, I want to re-emphasize one of the most dangerous Nazi concepts: “If you repeat a lie often enough, people will believe it, and you will even come to believe it yourself.” Many media outlets are deceived with whatever or whomever is feeding the monster. They have come to believe it themselves. Is there only one American Joseph Goebbels? Are media corporations scheming together resulting in imitating Goebbels? While we may not fully know origins, propaganda’s results are in full view.

We may not know the answers to these questions, yet we can understand one reality; propaganda is prevailing and it’s dangerous. Ordinary Americans must dig trenches of truth.

And we must strive to frame truth with firm respect.

Disabling lies must become our goal by using our personal social media, web sites, writing, podcasts, and every available asset to point out facts.

WE the people must become THE mainstream media!