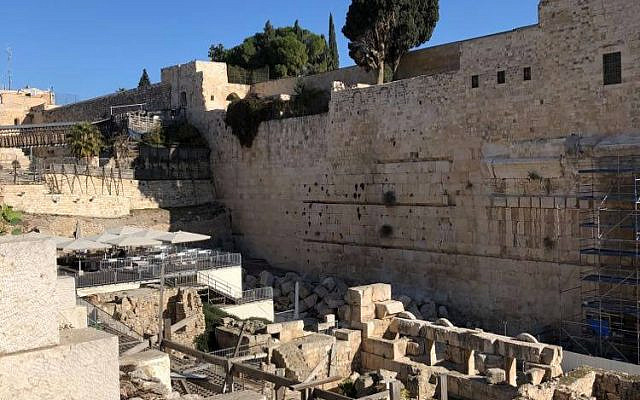 In Parshat Shoftim (Dvarim 17:14-15) we learn about the mitzvah of appointing a king:

In the Talmud, Sanhedrin 20b, the Braita discusses whether or not the nation of Israel is required to appoint a king over itself:

Rabbi Yehuda would say: The Nation of Israel was commanded to perform three mitzvot upon their entrance into the Land of Israel: To appoint upon themselves a king, to eradicate the offspring of Amalek and to build the Beit HaBechira (the chosen house/ the Beit HaMikdash).

The Braita then determines the proper place for the second and third mitzvot:

I still don’t know if the commandment to build the Beit HaBechira must be performed before or after the mitzvah to eradicate the offspring of Amalek. When the verse that describes the conditions that will prevail when Israel is to build the Temple states (Dvarim 12:10-11): “And when he gives you respite from all your enemies…and it shall come to pass that the place which your God shall choose…” I would say that since the verse first mentions the elimination of Israel’s enemies, including Amalek and only then the building of the Temple, the mitzvah to eradicate the offspring of Amalek must be performed before the mitzvah to build the Temple.

From here we see that we are still far off from building the Beit HaMikdah. Although we have a government in the Modern State of Israel, we don’t have a king.

As far as obliterating Amalek, today we don’t know which nation is which so there would be no way for us to fulfill this commandment as Rabbi Yehoshua taught (Brachot 28a): Sancheriv, King of Ashur long ago came up and confused all the nations (exiled the nations he conquered and resettled them in different lands) as it says in Yishayahu 10:13: “I have removed the boundaries of peoples and have plundered their treasures, I have brought down dwellers in strongholds.”

Radbaz comments on the Rambam’s Mishneh Torah, Hilchot Melachim 5:5 that the fulfillment of the command to obliterate Amalek is deferred until the Messianic era.

Since we have not appointed a king and the Mashiach is not here yet, at this stage, we are still not ready to move on to the third category, the rebuilding of the Beit HaMikdash.