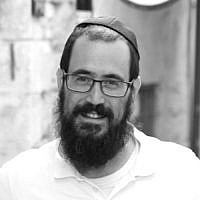 The Blogs
Amichai Y. Cohen
Apply for a Blog
Advertisement
Please note that the posts on The Blogs are contributed by third parties. The opinions, facts and any media content in them are presented solely by the authors, and neither The Times of Israel nor its partners assume any responsibility for them. Please contact us in case of abuse. In case of abuse,
Report this post. 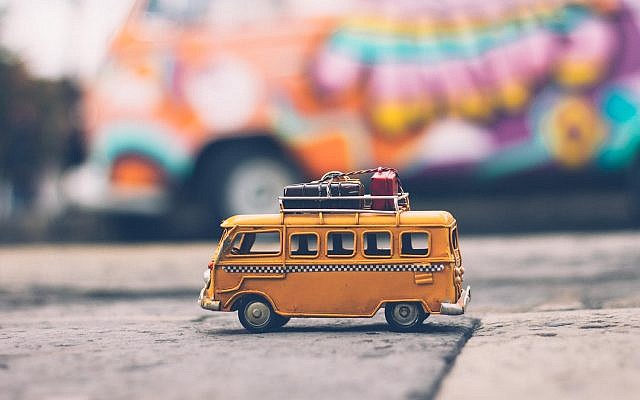 In the 1950s, a Harvard-trained researcher based out of Johns Hopkins named Curt Richter ran some fascinating experiments.

He wanted to see how long rats could swim in two different conditions.

In the first condition, he simply let them swim as long as they could before giving up and drowning. They lasted 15 minutes.

Then, in the other condition, right before they were about to reach their maximum threshold of 15 minutes, he picked them up and dried them off and let them rest briefly before putting them back in.

Guess how long they were able to swim after that quick reprieve.

Only a few more minutes? Another 15 minutes? Maybe 30 minutes?

After being saved those little rats swam for an absolutely astonishing 240 times longer.

Why? How is that possible?

Richter said it was because of one very simple thing: HOPE.

The Talmud (Pesachim 56a) tells us that Jacob was ready to reveal the “end of times” – i.e., the time of the redemption and coming of Moshiach.

However, as his sons were eagerly awaiting the revelation, the divine presence left Jacob, leaving them wondering why and when the anticipated end of days will take place.

In a different talmudic (Sanhedrin 97b) passage, the Talmud says that “predicting the time” of redemption is futile, for it is of the realm of the hidden secrets which we have no access to.

The Talmud even goes to the length of placing a curse on individuals who predict the end, saying “the bones of the predictors of the end of time should burst”.

The Rambam (Maimonides) brings the Talmud’s opinion in his book the Yad Hachaza (Laws of Kings 12a) and clearly rules “one should not predict the future”.

One of the reasons given for not prohibition of predicting the end of days and for the divine presence leaving Jacob is given by the Lubavitcher Rebbe.

The Rebbe says that if we would know the accurate date of redemption, then we would be limited by the exact date, thereby not allowing the redemption to become accelerated by our positive actions (sort of like coming out on good behavior).

The reasons To reveal

Nevertheless, it is quite interesting that Jewish literature is replete with prediction of the “end of times”. Even the Rambam who minces no words in warning not to predict the future, has his own prediction in Iggeret Yemen.

The Abarbanel, 15th Century Rabbinic and Political leader writes in Ma’aynei Hayeshua that the prohibition of making predictions is only upon assessments based on the constellations.

He writes “ the sages did not imply to discourage those who investigate to try to learn the end from the words of the Prophets, who spoke with the spirit of holiness. For this was always the way, to give a sign for the time of the advent of the Son of David”.

The Abarbanel suggests that the desire to know the end of times is a positive aspiration. This is why we find in the Talmud (Sanhedrin 97a) that Elijah was asked by various Sages when will redemption happen.

The Malbim (Rabbi Meir Leibush) 19th Century commentator on the Tanach (Bible) brings an apology to this. A father and his son were departing on a long journey to the fair in Leipzig. Shortly after departing, the son asked “are we there yet?” The father sternly said to his son “NO!”

A day into the trip, the son catches his father asking the coach driver “when will we be there?”.

The perplexed son asked his father “I thought we were not supposed to ask?” The father laughingly answered “to ask 10 minutes after we got on the road is foolish, to ask when we are in the vicinity is not foolish”.

The meaning of the parable says the Malbim is the story of our journey to Leipzig – the redemption. In the earlier generations, when there was still a long distance, it was foolish to predict the end.

As we are getting closer to our destination, it is therefor not only proper to ask, but essential.  Investigating, and yearning gives up hope and allows us to hang in there thorough the final stretch.

Join our Online School with more than 200 classes www.livekabbalah.com

About the Author
Amichai is a rabbi, teacher and mentor living in Tzfat, Israel, who has lectured, taught, and conducted workshop for tens of thousands of students from around the world. Amichai founded Live Kabbalah Online School in 2012 to connect students to an authentic educational source of Jewish wisdom and spirituality. Amichai has rabbinic ordination from the Israel Beit Din and a Masters degree's Special Education from Touro College.
Comments