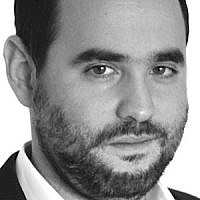 The Blogs
Nathan Savransky
Apply for a Blog
Advertisement
Please note that the posts on The Blogs are contributed by third parties. The opinions, facts and any media content in them are presented solely by the authors, and neither The Times of Israel nor its partners assume any responsibility for them. Please contact us in case of abuse. In case of abuse,
Report this post.

As briefly discussed in last week’s post, one of the consequences of Trump’s tax reform is the imposition of additional taxes on profits of certain foreign corporations owned by US persons. In this article, I will provide background on the new legislation, describe these taxes in full and explain how they will affect American expats who own Israeli corporations.

Prior to the new law, U.S. corporations were taxed on their worldwide income, including dividends received from foreign subsidiaries. These subsidiaries were generally not taxed, thus allowing U.S. companies to defer millions of dollars of taxable income until the profits were repatriated.

Under the new tax regime, U.S. corporations are no longer taxed on their worldwide income. As part of the transition towards territorial taxation, the U.S. government will impose a one-time exit tax on the U.S. shareholders’ share of accumulated profits in foreign corporations that are more than 50% owned by U.S. persons (known as CFCs, controlled foreign corporations) or have a 10% U.S. corporate shareholder. In order to balance the field and discourage the outflow of U.S. capital to foreign countries, the new law also imposes a current tax on certain low-taxed profits received by CFCs.

The trigger for much alarm and fear among Americans living in Israel is that these two taxes will also be imposed on U.S.  individuals who own at least 10 percent of a CFC. This is despite the fact that individuals will not benefit from any of the territorial provisions in the new law.

One-time repatriation tax on CFCs and other specified foreign corporations

U.S. corporations and individuals who are 10 percent shareholders in CFCs and other specified foreign corporations will be taxed on their share of the post-1986 accumulated earnings and profits of these corporations as of the end of 2017 or November 2, 2017, whichever is higher.

The tax rate will be 15.5% of the foreign cash position related to these profits and 8% on the remaining profits. Taxpayers who own CFCs and other specified foreign corporations with accumulated losses will be able to deduct these losses against taxable profits.

U.S. corporations will be able to claim the foreign tax credit for foreign corporate taxes paid on these profits. However, 55.7% of the tax paid on accumulated profits held in cash and cash equivalents and 77.1% of all other taxes will be disallowed. It is important to note that individuals who own CFCs, by default, will not be able to claim the foreign tax credit for taxes paid by their foreign corporation (see discussion below regarding potential solutions to this problem). To make the situation even worse, per Sec. 78 of the Internal Revenue Code, a proportional amount of the foreign tax credit claimed will need to be added back to taxable income. U.S. taxpayers have the option of paying this tax in installments over a 8-year period.

U.S. corporations and individuals who own 10% of a CFC will also need to include in taxable income their share of the company’s global intangible low-taxed income (GILTI) starting 2018. GILTI consists of the foreign corporation’s gross income minus several exclusions and deductions allocable to such gross income. Exclusions include 10% of investment in certain qualified tangible assets minus interest, income effectively connected with the conduct of a U.S. trade or business, Sub-part F income, certain related party transactions and foreign oil and gas income.

In computing their GILTI, U.S. corporations are allowed a deduction equal to 50% of this income (37.5% beginning 2025) and a foreign tax credit equal to 80% of the foreign tax paid. Sec. 78 gross-up will apply as well.

The million dollar question: What to do about this

Thankfully, there is a section in the tax code that can help alleviate some of the tax burden effected on U.S. individual: Section 962 allows individuals to elect the application of corporate tax rates with respect to their income from CFCs. This election also allows them to claim the foreign tax credit for taxes paid by their foreign corporation. The new law allows U.S. individuals to make a Sec. 962 election with respect to the expatriation tax and GILTI. It is important to note that the same limitations discussed above on the amount of the credit claimed by corporations will apply to individuals. This election is not likely to eliminate the taxes completely, as this largely will depend on the corporate tax rates that apply in the country where the CFC is based.

My take on the new law:

If you are a U.S. citizen and own an Israeli corporation, the panorama of potential taxes is so complex that my personal recommendation is to take an integrated approach to your company’s tax compliance. First of all, you need to work with a CPA who is proficient with the new law and its application. Secondly, the same CPA who prepares your U.S. tax return should be in charge of the bookkeeping of your Israeli corporation. This will give them real-time access to the company’s accounting records and allow them to perform tax planning on a timely basis (rather than reacting after the closing of the tax year when it is too late).

Last but not least, Israeli corporations with enough profits to pay dividends will need to optimize their tax strategy to avoid excessive taxes, both locally as well as GILTI and also taking into account the net investment income tax. This can only be accomplished through an integrated effort by one firm who is familiar with both the U.S. and the Israeli tax systems.

The new law is still pending regulations which will clarify the meaning of several provisions and provide guidance on their application. Accordingly, many of the discussions in this article will need to be updated once regulations and IRS instructions are issued.

The content of this article is intended to provide general information on the subject and does not constitute legal or tax advice. You should consult with a tax professional where appropriate.

About the Author
Nathan Savransky is one of the few CPAs who are licensed both in Israel and in the US, making him a rare commodity in the accounting field. His down-to-earth approach combined with a broad knowledge base and high professional standards have earned him the recognition of clients and colleagues alike. With expert knowledge on FATCA, US and Israeli taxation, and foreign investment in the U.S., Nathan takes a comprehensive and objective approach to resolving tax issues for our clients. He has over 15 years of experience dealing with the challenges of dual country taxation giving him the ability to tackle and resolve complex tax issues. He may be contacted by e-mail at nathan@savranskypartners.com or by phone at 055-6682243.
Comments