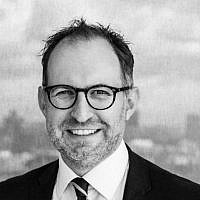 The Blogs
Stephen James
Teacher & Veteran
Apply for a Blog
Advertisement
Please note that the posts on The Blogs are contributed by third parties. The opinions, facts and any media content in them are presented solely by the authors, and neither The Times of Israel nor its partners assume any responsibility for them. Please contact us in case of abuse. In case of abuse,
Report this post. 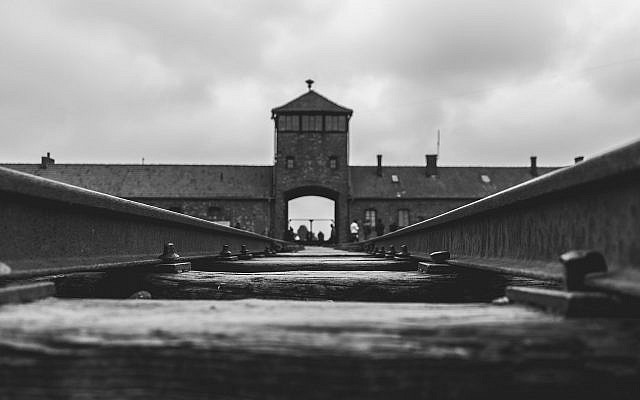 77 years ago, the world saw the liberation of Auschwitz-Birkenau, the largest Nazi death camp. We saw with our own eyes the evil of antisemitic genocide and the darkness that it brought to the world. Six million Jews were murdered during the Holocaust, alongside the millions of other people killed under Nazi persecution of other groups and in genocides that followed in Cambodia, Rwanda, Bosnia and Darfur.

In January, The UK Education Secretary, Nadhim Zahawi MP, held an Antisemitism summit to discuss key issues affecting staff and students – which is crucial work in acknowledging and eradicating it.

HOWEVER, it amazes me that we are still even having to ‘tackle’ anti-Semitism 77 years after the liberation of Auschwitz-Birkenau. Shockingly, figures published by The Times in November last year showed there were 111 antisemitic incidents recorded at British universities in the 2020/21 academic year – a rise of 59 per cent on the previous academic year.  The fact it happens at all is shameful but, on the rise – this is deplorable.

Universities are not doing enough

In my view, UK universities are simply not doing enough. It is difficult to look past the 66 (or 11 depending on your source), who as of November 2021, hadn’t signed up to the International Holocaust Remembrance Alliance’s (IHRA) definition of antisemitism. These institutions are morally vacuous – arguing semantics over anti-Semitics. They claim to be doing all they can to tackle anti-Semitism but if they cannot accept a simple definition without protest, are they really doing everything in their power? I would go as far as suggesting that every day that passes without them signing up, makes them culpable for this increase of abuse.

The Department for Education has once again called upon more Higher Education providers to sign up with UK Education Secretary Nadhim Zahawi MP saying:

“Education is the vaccine against antisemitism. No Jewish students or staff members should be subjected to antisemitic abuse, and by working together we will send out a clear message that antisemitism – like other forms of racism – will never be tolerated in our classrooms or campuses.”

However, in my opinion, stronger action needs to be taken which I outline below.

77 years later, Jewish students and staff should feel safe in our education system and our country. The UK Minister of State for Higher and Further Education Michelle Donelan MP expresses what many think:

“I am horrified by the very thought of even one incident of antisemitism on campus – it has no place within any of our world-leading universities.”

So, instead of spending our energy fighting anti-Semitism (that shouldn’t exist), our energy should be spent on remembering the six million Jews who were murdered and ensuring history never repeats itself.

About the Author
Stephen James is a British Army Veteran, Award-Winning Teacher, Specialist Leader of Education, and the Founder of Conservative Friends of Education.
Related Topics
Related Posts
Comments