Last June, I was invited, as Director of the International Council for Diplomacy and Dialogue (ICDD), together with Dr. Vera Tika, Professor at Pantheon University (Athens) and Director of ICDD Balkans, to participate with international experts in a conference at Ada University in Baku (Azerbaijan). The topic of the discussion, in which more than 20 experts from the United States, Greece, Israel, Turkey, Italy and Germany participated, was “post-conflict development of the South Caucasus”.

The conflict in question is the war between Azerbaijan and Armenia, also named the “44-days war”, which began on September 27,  2020.

During this trip, we were able to visit the region of Agdam which is in Karabakh. 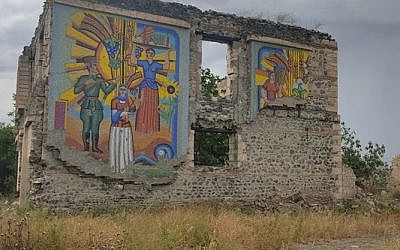 The museum of bread
(personal foto)

European politicians also have a rather narrow view of the conflict and do not even want to listen to Azerbaijan’s arguments.

If such an “anti-Azerbaijan” exists in Europe, we can say that the press is partly responsible for it because it does not understand the stakes of this conflict and therefore produces approximate reports. For example, which media outlet reported on the destruction of churches when Karabakh was occupied by the Armenians? Which television station reported on the good understanding between religions in Baku, where mosques, churches (even an Armenian church) and synagogues co-exist

Any war is terrible for both sides, but after a cease-fire, the key word for the warring parties should be the future rather than the past.

By organizing this conference and especially by inviting international experts, the “State Committee on Work with Diaspora of the Republic of Azerbaijan” has shown that it wishes to move forward in peace negotiations

When we see what is happening in this region, we are optimistic. Optimistic because after the last war, peace talks are taking place.

The world situation with the crisis in Ukraine shows how much Europe needs Azerbaijan as an ally not only for the supply of oil but also to counter any progress of Iran. 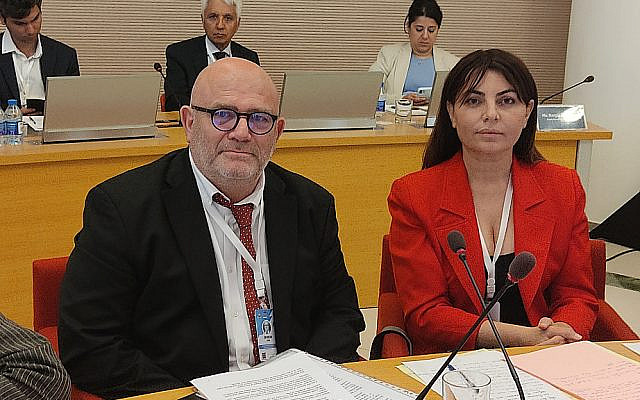 The mission of our organization “International Council for Diplomacy and Dialogue” is to discuss not  only with the governments but with the civil societies of the countries at war.

For more than a year we have been in contact with Armenia and Azerbaijan civil societies and we can tell you that they all want peace and are ready to discuss it.

To make peace, you need the will of the government but also of the civil society. So Armenian and Azeri civil societies must meet.

These two groups will be able to say certain things that diplomacy cannot hear.

To succeed in this dialogue, both sides will need courage. Courage to be self-critical; courage to put oneself in the other’s shoes. Barak Obama said: “Humans are a lot like other animals. We are afraid of what we don’t know. When we are afraid, when we feel threatened, the easy solution is to do stupid things, declare wars.”

For this dialogue to succeed, both sides will have to look to the future and not listen to certain members of their diasporas who are more royalist than the King. The Ambassador of Azerbaijan in Paris, Mr. Rahman Mustafayev, said  in an interview to the magazine “Conflicts” one important thing: “Another essential aspect of post-conflict development is the reconciliation of the Azerbaijani and Armenian populations of Karabakh. It is important to ensure the integration of the Armenian population into the legal, economic and cultural space of Azerbaijan on the basis of the principle of equal rights and obligations for all citizens of the country.”

We must support all actions for peace in this region because :

With peace, Iran will stop trying to destabilize the South Caucasus and end its religious and political expansion.

With peace, Armenia will see its economy grow and will therefore have political stability.

To conclude, let’s listen one last time to President Obama who said “Peace in front, war behind”.