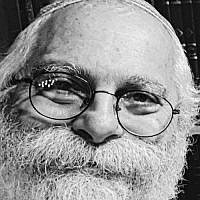 The Blogs
David Wilder
Apply for a Blog
Advertisement
Please note that the posts on The Blogs are contributed by third parties. The opinions, facts and any media content in them are presented solely by the authors, and neither The Times of Israel nor its partners assume any responsibility for them. Please contact us in case of abuse. In case of abuse,
Report this post.

A little while ago I started watching the ignominious hearings in the House of Representatives. After a couple of speakers I turned it off. All had already been said and done. “

The democrats, if one can really call them that, are accomplishing something very few, if any Congressional body has ever done in the past 250 or so years.

First, they have awarded President Donald J. Trump a badge of Honor.

Usually it’s the President who bestows such accolades. But this is definitely an exception to the rule.

So too are the reasons behind the affair.

Usually it’s due to admiration. Not so today.

Rather it’s because of fear.

Donald Trump has done so much good for the United States, that his opponents are petrified. They comprehend that his policies, both in both domestic and foreign affairs are far far beyond what they could possibly offer. Especially following eight disastrous years of Obama and Uncle Joe.

Trump’s actions are moving so fast, that his haters cannot keep up. Their only recourse is to try and put a bump in the road, hoping that it will knock him out of kilter.

Because when your traveling as fast as Trump is, well, you just jump over the bump and never ever feel it.

And the reward? That too is a present from the Congress. That is, a guaranteed victory next November and four more years in the White House. And more than likely, the Republicans will continue rolling even post Trump.

There are those who claim that Donald Trump will now be included in a dubious club of Presidents who were impeached or almost impeached. But the opposite is true. History will show that these events are, on the one hand, a badge of disgrace on those trying, not only to fool the American people, but also attempting to overthrow the rule of law and forcibly overturn te 2016 election results.

And on the other hand, it is a badge of Honor attesting to the integrity od Donald J. Trump and the people who so rightfully elected him.

About the Author
I was born to Sam and Pam Wilder in 1954 and grew up in New Jersey. In 1972 I began attending Case Western Reserve University, with a major in history and a minor in religion, as well as teacher certification. During my junior year, in 1974-75, I participated in a junior year abroad program at Hebrew University in Jerusalem. Following graduation in 1976, I returned to Israel, becoming a full resident in 1978. In July 1978 I began studying at Machon Meir, a Jerusalem yeshiva for newly religious observant Jews. A year later I married Ora, a ‘Sabra’ from Tel Aviv. In 1981 we moved to Kiryat Arba, where we lived for 17 years. Our family includes seven children and many grandchildren. In September, 1998, a week after the terrorist murder of Rabbi Shlomo Ra’anan, we moved to Beit Hadassah in Hebron. I began working with the Jewish Community of Hebron in 1994 and served as the international spokesman for the community for 21 years, granting newspaper, television and radio interviews internationally. I’ve written hundreds of columns, posted on internet and appearing on websites and in newspapers around the world. I published a booklet of questions and answers about Hebron, titled, “Breaking the Lies.” Additionally I acted in the capacity of community photographer for over 17 years. I’ve has published several ebooks of his photographs and articles, available on Amazon. My blogs on the Jerusalem Post and at IsraelNational News have been read by over a half a million people. Presently director of DavidWilder.Org, I represent and assist several organizations, including the Neve Avraham ChildrenTreatment Center in Kiryat Arba-Hebron. I continue to conduct tours of Hebron’s Jewish Community and speaks to numerous groups in Hebron and occasionally travel abroad, speaking at various functions, explaining the true realities of today’s Israeli-Arab I particularly enjoy dealing with diverse groups, including interfaith delegations, from around the world.
Related Topics
Related Posts
Comments