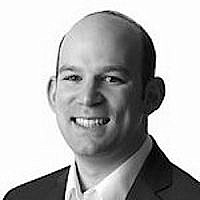 The Blogs
James Inverne
Apply for a Blog
Please note that the posts on The Blogs are contributed by third parties. The opinions, facts and any media content in them are presented solely by the authors, and neither The Times of Israel nor its partners assume any responsibility for them. Please contact us in case of abuse. In case of abuse,
Report this post.

One can take the idea of art setting an example for life too far, but one thing the arts are very good at is setting out broad moral principles – we just have to remember not to get lost in the messy and sometimes melodramatic details. So what springs to mind regarding the impending Israeli election? Some would no doubt like to cast Benjamin Netanyahu as Macbeth, hewing around him with his sword unsheathed, hobbling enemies left and right, ever-more unhinged, ever more immoral – this is a metaphor, remember, nobody is suggesting that Bibi, for all his untrustworthiness, has literally killed any of his rival MKs. He has, however, single-handedly maimed Israel’s budgetary processes and slain the coalition government he promised to uphold. Which brings us – or should bring us – to another prominent party leader, Aryeh Deri, of Shas; and to another great literary work, The Godfather.

In Mario Puzo’s classic saga of American mafiosos, he takes an interesting discursion to tell us about the Bocchicchio family. Single-minded Sicilians who have resettled in the Hudson Valley, the Bocchicchios have assumed a single purpose, invaluable for bringing warring mafia dons to the negotiating table. “The Bocchicchios did have very strong family bonds,” writes Puzo, “and as such they took the Sicilian concept of vendetta to an extreme, considered fanatical even by Mafia standards. If one of their own were to be wronged, the whole Bocchicchio family would stop at nothing to take revenge upon the one responsible, and they never forgot a wrong. The offender would find himself constantly under attack by a near-unending wave of vengeful Bocchicchios who can’t be bought off, are undeterred by threats or armed bodyguards, who would search to the ends of the earth and even commit suicidal tactics nonstop until the perpetrator was dead. It is this kind of vengeful nature that has actually been their greatest source of income, renting out a hostage service to more powerful families.”

Get that? To show good faith, a Mafia Don would hire a member of this clan to be a negotiation hostage, and they would sit with the Don’s opponents, while the two sides hashed it out. If the Don double-crossed the other side, they would kill the hostage on the already-agreed understanding that the Bocchicchios would hold the Don responsible, and take suitable revenge.

Again. A metaphor. I’m not advocating for bloody vendettas to play the remotest part in politics. But remember those broad moral principles that I mentioned? Aryeh Deri very publicly stood as guarantor for the coalition agreement between Netanyahu and Benny Gantz, who at that point each controlled a more or less equal number of Knesset seats. Shas was (and currently still is) a vital part of Netanyahu’s right-wing bloc, so when its leader, Deri, avowed that he personally would make sure that there was no funny business and that everyone would honor their promises, both sides, presumably, took that seriously.

Yet as Netanyahu continuously refused to pass a two-year state budget (as he had undertaken to do in the agreement), the only loophole by which the government would automatically fall and so torpedo the Prime Ministerial rotation with Gantz, he clearly calculated that Deri would do…nothing. Which is what happened.

While not excusing or exonerating Netanyahu from the blame he so richly deserves – having broken his faithful promise to the millions of Israeli voters, as well as to his political colleagues (and let’s not get into his craven, morally bankrupt partnership with the racist Otzma Yehudit party and homophobic Noam party to serve his cause) – where is Deri in all of this? What was the penalty the Prime Minister faced for breaking his word and effectively telling the children of his country that promises do not need to be kept, that morality is an outdated concept? There was no penalty. Deri, so far, has kept shtum. He too has broken his word, for all to see.

Imagine what would have happened if we were in Puzo-land with the Bocchicchios standing as guarantors to the agreement? It does not bear thinking about! Or let’s do that the other way: imagine that Deri was the political equivalent of the Bocchicchios, determined to honor his position come what may. What could he realistically have done? What could he still do?

He could have resigned as an admission of his personal failure. More potent, he could have withdrawn his party from Netanyahu’s bloc for the coming election and vowed not to return to coalition with him for the duration of the next parliament. That would have been the political equivalent of the dreadful certainty of the Bocchicchios’ revenge for he who breaks the agreement. And that, aptly enough, would perhaps have been redemption for Deri’s own past transgressions, as a Minister of the Interior whose imprisonment for taking bribes was followed by a return to the same office he has so abused.

Deri can still do this, can still promise to either go into the opposition or at least not to sit in a government headed by the man who made him betray his word. Like I said, focus on the broad brushstrokes and art has a lot to teach us. Will our politicians take note? I’m looking at one in particular – and so will history.

About the Author
James Inverne is a playwright, author, editor and (by the way) also runs a classical music consultancy. He was formerly the editor of Gramophone Magazine, and performing arts correspondent for Time Magazine. He has published five books. His play "A Walk With Mr Heifetz" was premiered Off Broadway in 2018.
Related Topics
Related Posts
Comments 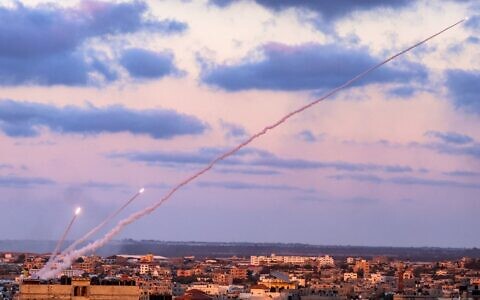 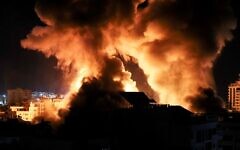 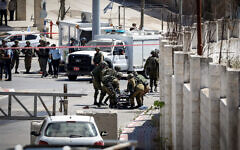