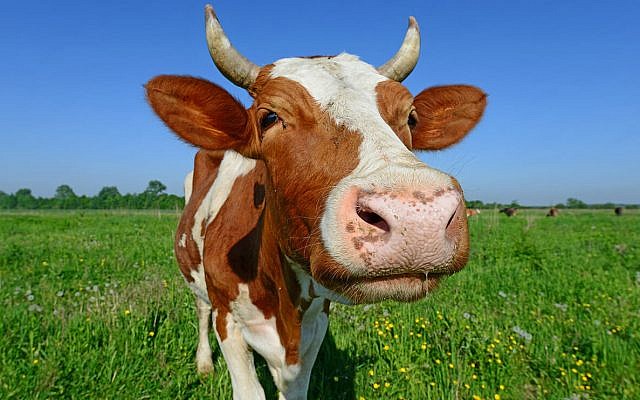 Indeed! The new meat that is now being readied to be available in another two years doesn’t make me jump up and down from happiness. And that’s not because soon everyone can be a vegan without any effort and there go all the people who praised me for being vegan and special. Believe me. (When in their ad video the Israeli CEO with a French accent talks about eating cats he means [meat] cuts, according to the subtitles. His “treedy” means 3D. Israelis think that it is charming (or even correct) to speak English like that and not an embarrassment of their product. He advocates to “grow proteins from plants” apparently not knowing that one can just eat plants that have protein in order to get protein inside.)

There are pros and cons with this new meat and some serious problems for Jewish Law too. I will gladly give an overview on condition that you don’t stop reading or quoting me at the end of the few positive aspects.

(I only have rudimentary Jewish knowledge so don’t read this as a learned rabbinic text!)

Conclusion: We need to move a big part of our consumption away from animal produce health-hazardous foods. Artificial meat will not help here.

Methadone is a substance similar to heroin but less addictive (they claim) so it is sometimes used to get people off of heroin other than cold turkey (pardon the pun). Artificial meat could be used the same way for meat addicts but it should only be available on doctor’s prescription and for limited time.