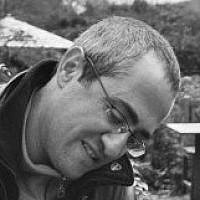 The Blogs
Mike Isaacson
aka melchett mike
Apply for a Blog
Advertisement
Please note that the posts on The Blogs are contributed by third parties. The opinions, facts and any media content in them are presented solely by the authors, and neither The Times of Israel nor its partners assume any responsibility for them. Please contact us in case of abuse. In case of abuse,
Report this post.

I am not sure who has irritated me more this past week: the English oleh showing off to friends back in Blighty with continual “Look at me! Look at me! I am living under missile fire!” Facebook updates (perhaps the silly sod will now spare a thought for the poor, all year round, buggers in Sderot); the one who, two days ago, posted “Siren in Ra’anana”, as if Hamas had finally gone too far; or the booked summer holidayers asking “Should I come?”

“What about the missiles?” enquired one such, yesterday, to which I could only reply “What about them?” For me, their most chilling effect is forcing me into a confined space with my new south Tel Aviv neighbours (they are working class, you know).

Another messaged me “How’s it going out there?? Do I need to cancel my trip?” This seemed somewhat akin to concluding a comfort telephone call to an ailing friend by announcing that you are too shit-scared to visit them. What the bloody hell ever happened to solidarity?

As for the endless PR efforts on blogs and Facebook, I can’t help but think that they are preaching to the converted. The thing must be to get accurate reporting and analysis into the international press. And, even then, those who don’t like Jews – usually hiding behind the ‘respectable’ veneer of ‘mere’ anti-Zionism – are almost certainly irredeemable. It is in their blood.

Operation Protective Edge is the third such that I have blogged about since December 2008 (see my War in Gaza category). And this is now our reality: every couple of years or so, we will have to give the naughty . . . or, rather, wicked schoolboy – who, in spite of every inducement, won’t change his ways – a smacked bottom. If I may be forgiven for quoting my own Facebook update of last week: “Can’t help thinking of the Palestinian as the incorrigible class halfwit, who gets beating after justified beating . . . but still comes back for more.”

Thankfully unlike the pond life we are up against, we are both too moral to kill civilians living above (demonically positioned) enemy weapons’ stores and too life-valuing to risk our boys in a ground operation.

During these very months exactly seventy years ago, 430,000 Hungarian Jews were deported, mainly to Auschwitz, and the majority gassed on arrival. I think, too, of the unspeakable horrors my antecedents must have suffered at the turn of the last century, in Lithuania and Poland, to force them to gamble on the entirely unknown (even we Litvaks didn’t yet have the Internet).

It has always been thus for us. So, while concerned about the current situation, I am trying to see some relative positives in the bigger Jewish picture (who said a degree in Philosophy was a waste of time?)

And now with our own state, IDF, and even “second strike” nuclear submarines – no one can f*ck with Jews like they used to – this may well be as good as it gets.

About the Author
A 53-year old former lawyer, BBC journalist, and proud Jew and Zionist. A native Londoner, now residing in Herzliya (not the poncy part). Single plus four (two little princesses and two ageing mutts). Why do I write? Martin Amis sums it up better than I ever could: “To be a writer, you must be most alive when alone. And that’s what is great about it. Writing is freedom.”
Comments