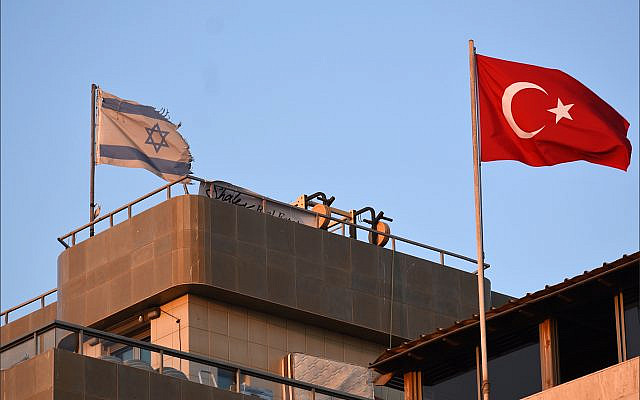 As Iran threatens Western shipping interests in the Persian Gulf, Lebanon’s economy teeters on the brink of collapse and COVID-19 kills thousands every day throughout the Middle East, one major geopolitical story is being overlooked: Turkey’s gradual rapprochement with Israel.

It’s a development that could open up huge opportunities in energy, trade and even defense, say a panel of experts who convened virtually Aug. 4 through the Washington-based Atlantic Council. The event was moderated by Matthew J. Bryza, former US ambassador to Azerbaijan.

“Good relations between Turkey, a key NATO ally, and Israel, the United States’ closest partner in the Middle East, were always important for US interests, and maybe even more so today as the US is gradually withdrawing from the region,” said Defne Arslan, director of the Atlantic Council’s Istanbul office. “It is no secret that relations between both countries have been strained for many years.”

In fact, ever since the 2010 Mavi Marmara incident—in which Israeli naval forces attempted to stop a flotilla of ships from breaking Israel’s blockade of the Gaza Strip, leading to the death of nine Turks—relations have been on a downward trajectory. 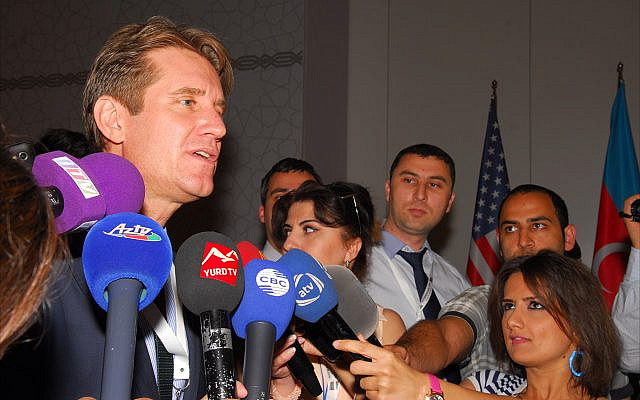 Hateful, occasionally antisemitic rhetoric from Turkish President Recep Tayyip Erdoğan, who’s held power for 18 years, led to a downgrading of Turkey’s bilateral relations with the Jewish state, and more recently, during Israel’s 11-day war with Hamas in Gaza, Erdoğan said “Israel must be taught a lesson.” He also accused the Biden administration of “writing history with blood on your hands” for its continued funding of Israel’s military.

Yet the surprise July 12 phone call between Erdoğan and Israel’s newly installed president, Isaac Herzog, is a clear indication that bilateral ties are about to improve.

So says Mithat Rende, Turkey’s ex-ambassador to Qatar and former chair of the Organization for Economic Co-operation and Development (OECD) Executive Committee. 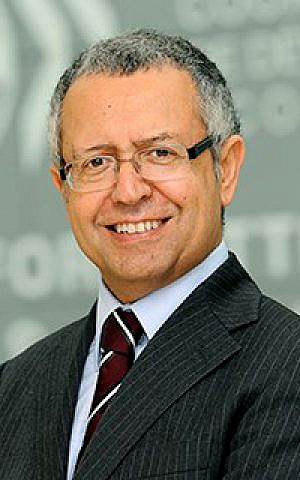 “Now we have a new US administration, a new Israeli government, a new Iranian president, a rising China with all its challenges, a more assertive Russia, the Abraham Accords and Arab states embracing Israel. All these are compounded with the COVID-19 pandemic and climate change and its devastating effects,” Rende said. “I believe this new geopolitical landscape is now conducive to normalization in Turkish-Israeli relations.”

“I first went to Turkey in the mid ‘90s, when relations were flourishing,” he said. “At the time, southern Turkey was flooded with Israelis. There were weekend casino vacations to Antalya [and] Hebrew signs in the streets welcoming the Israelis. Later on, in 2007, I had the opportunity to travel there with former Prime Minister Ehud Olmert, who met Erdoğan. There was this feeling of trepidation. It was very stiff, in contrast to how ties were before. It was clear that something was changing.” 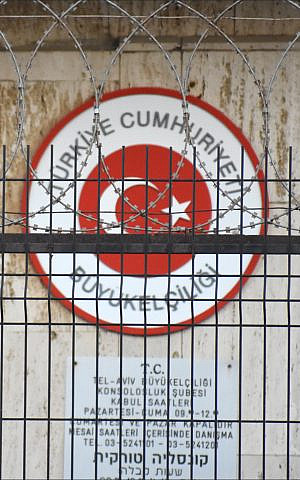 The Marmara raid three years later drove a nail into the coffin of bilateral relations, essentially freezing ties between Ankara and Jerusalem. Yet Erdoğan, for all his rhetoric and huge popularity in the impoverished Gaza Strip, is not universally admired among the Palestinians.

Published reports suggest that the Turkish Cooperation and Coordination Agency (TIKA)—which has carried out 400 aid projects including restoration work at Jerusalem’s Al-Aqsa Mosque—has transferred funds and information to Hamas, and that in mid-2018, Jordan, Saudi Arabia and even the Palestinian Authority had asked Israel to act against TIKA’s activities in East Jerusalem in order to limit Erdoğan’s growing influence there.

Despite the political tensions, Turkish-Israeli trade has boomed in the past 12 years, doubling rom $3.4 billion in 2008 to $6.8 billion in 2020, said Ferziger.

“That is something to build on. Turks and Israelis have memories of good times together, and I don’t think it’s going to take a lot to move that switch. Herzog’s call was a mini-step because the presidency in Israel is a ceremonial position,” he said. But even so, the journalist added, “right now there are reasons for optimism. This is a new chessboard.”

At the moment, Israel has no ambassador in Ankara, and there’s no Turkish ambassador in Tel Aviv. In fact, President Trump’s 2018 announcement that the United States would recognize Jerusalem as Israel’s capital and move the US Embassy there from Tel Aviv sparked an outburst from Erdoğan that led to a reversal of the two countries’ 2016 normalization agreement. 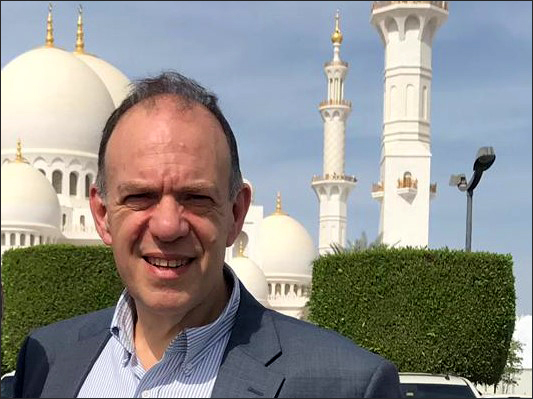 “There is a trust gap between Turkey and Israel, and this gap should be restored. It takes time. It’s a process. They should appoint ambassadors, and in order to restore confidence,” said Rende. “They should stop communicating harsh rhetoric through the media. We need to establish ad hoc working groups and quietly set an agenda. We have differences with the EU and even Greece, but we continue to work together with them.”

Indeed, before the COVID-19 pandemic shut down global air traffic, Turkish Airlines ranked as the busiest foreign carrier flying in and out of Tel Aviv’s Ben-Gurion Airport. And even with the ongoing political strife, Israelis are among the few foreigners allowed to travel to Turkey without obtaining visas or paying entry fees.

Rende said the two nations should focus on their common interests rather than their differences. Those interests include not only trade and tourism but also energy, agriculture, water technology and defense.

“In all these fields, Turkey and Israel can extend their cooperation,” he said. “We will continue to have different views with regard to the Palestinians, and we are not on the same page with Syria, the Kurds and some other regional issues. But in the field of energy, let me stress that the best option for Israeli natural gas is the Turkish market. There are no other good alternatives.” 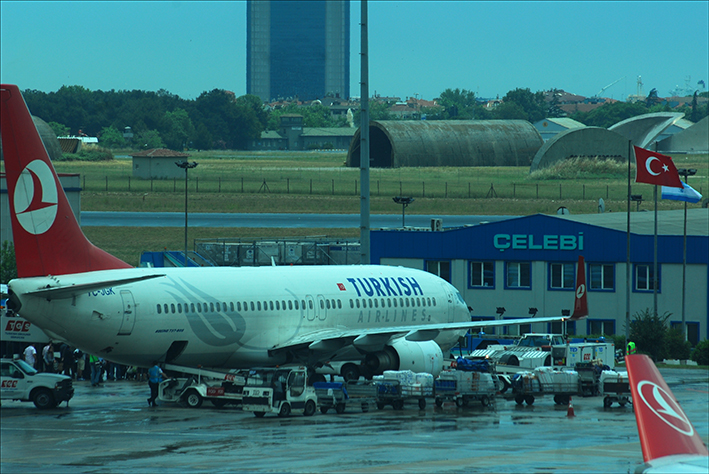 Before the COVID-19 pandemic struck, Turkish Airlines ranked as the most popular foreign airline to serve Tel Aviv’s Ben-Gurion Airport, despite the tensions between Turkey and Israel. (Larry Luxner)

Israel’s energy minister, Yuval Steinitz, announced earlier this year that the country would now cooperate with Turkey on the Eastern Mediterranean Natural Gas Pipeline (EastMed), a 1,900-kilometer pipeline extending from Israel to Greece and then on to Italy. Steinitz, speaking during a March 2021 visit to Cyprus, said Israel has previously held talks about exporting gas to Turkey through the underwater pipeline, which will be the longest and deepest in the world upon completion in five years.

Brenda Shaffer, nonresident senior fellow at the Atlantic Council’s Global Energy Center, said “there’s a window of opportunity in 2025 or 2026, when most of Turkey’s gas contracts with Russia and Iran expire, to reduce those imports and replace them with Eastern Med gas.”

Meanwhile, she suggested, Turkey should help the Palestinians exploit a potential field 36 kilometers off the coast of Gaza, and containing 3 billion cubic meters of natural gas.

“This could be very valuable to the Gaza Strip, which imports all its energy from Israel,” Shaffer said. “It’s not big enough to attract [foreign] companies, but if Turkey wants to play a major role that Israel would support, it would be to develop this Gaza Marine gas field.”