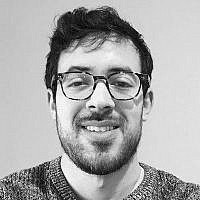 The Blogs
Ber Cowen
Apply for a Blog
Advertisement
Please note that the posts on The Blogs are contributed by third parties. The opinions, facts and any media content in them are presented solely by the authors, and neither The Times of Israel nor its partners assume any responsibility for them. Please contact us in case of abuse. In case of abuse,
Report this post. 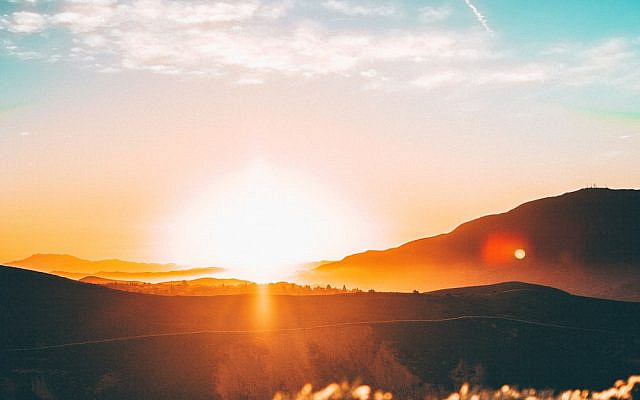 It has been now several months since COVID-19 has brought the world to a standstill, and only recently have the lockdowns begun to lift in developed countries. It is extremely rare to have such an event so powerful that it can cause the entire world to pause for several months.

Such moments of extreme magnitude, must also provide pause for reflection into the entire system of life that we have operated in until now. We have seen suffering and endured restrictions, but we have also observed remarkable things that could never have happened under the business as usual that we normally experience.

We saw the world take a break, people spend time with their families and careers put on hold. Wild animals roamed the streets of suburbia, and people in normally polluted cities filled their lungs with fresh air. Fish swam in the canals of Venice, and seemingly impenetrable smog lifted from the skies of Beijing and New Delhi, returning them to their natural blue.

Working from home has been reported to have been a major success, fundamentally challenging the previous business lifestyle and providing the rare gift of time and space for people to reflect on how we live our lives.

In luckier countries which have largely been spared the worst of the pandemic, people have found that they have benefited from the period of isolation, and feel it hard to go back to the old system of life.

First of all, working from home is here to stay. Whether it’s one or more days a week, once it’s been proven to work, it will be hard for employers to refuse this option. It is already been commonplace in many companies for a few years and post-COVID it will only become more and more accepted. In addition, New Zealand’s Prime Minister Jacinda Ardern has already called for a four day work week in order for people to travel more on the weekend to rebuild the tourism industry.

But it’s more than that. In the developed world we are already at a stage where we can rethink the business model of 9-5, five days a week workplaces, in favour of more flexible working arrangements. The mental health benefits are clear, productivity would improve and people’s job satisfaction would spike. People would spend more time with family and friends, they would enjoy their lives more, and the world would be a healthier place. Businesses won’t suffer either – if part of the workplace can work from home then why would businesses need to rent such large places in the city, which are often some of the largest burdens on the companies bottom lines?

But it’s not just flexible working that will change. COVID-19 has shown us what we can do for the environment as well. Fresh air in cities, clear water and skies, booming animal populations are all a possibility should we make the choice to pursue it.

We have always known this, however this brief pause in time has shown us just what can be done and will provide an impetus to speed it up, whether it’s by moving our energy production from coal to at least natural gas, with half the emissions, but also to speed up the development of renewables that have the power to energise our cities. Electric cars, efficient building heating and other fuel efficiency technologies can speed up the process, and keep the fresh air in cities for good.

Finally, once we see the tremendous benefit of flexible working and good mental health, to look forward we should look to our past and to the great concept of the Sabbatical. The concept of taking a break from the pressures of a career and bills is a very old one, but also a very progressive one. The Biblical sabbatical, where the land was to rest every seven years, is a fundamental tenet of Judaism, similar to the concept of the Sabbath.

This concept challenges the idea of a 30 year mortgage, a non-stop marathon of career, bills and competition. While the current world is not yet set up to support a break when we feel burnt out and uninspired, perhaps some of the fiscal measures we have had to enact during COVID, can be built into the financial products and contracts that govern our life.

What if mortgages had a clause that after several years of repayments you were entitled to a repayment holiday should you choose it? Companies could put in sabbatical options for permanent employees, where your job would be held for several months while you take a break. This already exists in many progressive companies. If you take your mortgage repayment holiday at that same time, that would give you a break from some of your largest financial obligations, and allow you to reflect on your interests and hobbies, spend time with family, take a long holiday and reconnect with yourself.

The health benefits of holidays and time with family are enormous, and we as a human race have found a new appreciation and placed an emphasis on mental health and the benefits of rest and relaxation.

We need to normalize the idea of working flexibly, four day work weeks and taking sabbaticals. It’ll be good for productivity during the time that we do work, and also importantly for our own balance and mental health, as well as for the environment.

About the Author
Ber Cowen is a Business Analyst with a multinational company in Melbourne Australia, and has a Master of Business (Supply Chain) from Monash University.
Related Topics
Related Posts
Comments