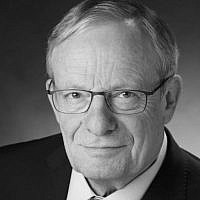 College students across the United States are going back to campus for a new academic year. Upon returning – or starting, as the case may be – many students will find themselves on the frontlines of the battle against the Boycott/Divest/Sanction (BDS) movement.

Designed to put disproportionate economic and political pressure on Israel, BDS has swept across college campuses over the past few years. BDS activists have organized protests, shouted down Israeli and pro-Israel speakers and, most especially, demanded divestment from any association with Israel.

BDS supporters advocate boycotting Israeli products, divesting from corporations that do business with Israel and sanctioning Israel in various forums. But what they really seek to achieve is to bring an end to the Jewish state. No matter how they try to disguise their agenda, the overarching aim of BDS is destructive and must be exposed as such.

This generation of Jewish college students will play an important role in shaping Israel’s future, and, therefore, we have a shared responsibility to equip them with the best possible means of winning this fight.

Although it might seem tempting to confront BDS advocates directly, in this case that may not be the most effective response. Instead, I encourage those seeking to counter the BDS movement to meet every call for divestment with an investment in Israel’s economy through Israel bonds.

Every Israel bond investment delivers a resounding “No” to BDS advocates through a direct repudiation of their boycott agenda.

And, if anything infuriates BDS proponents, it is the continued success of Israel’s economy, which, despite their best efforts, they have failed to harm. Listen to Moody’s chief economist Mark Zandi, who in May declared, “The performance of the Israeli economy in recent years makes Israel one of the world’s best economies.”

Consequently, investing in Israel bonds counters the BDS goal of weakening Israel’s economy by doing the exact opposite: helping to keep it strong. And, when Israel bonds are utilized to make donations to universities, they provide additional value by enhancing the university and frustrating the efforts of campus BDS supporters.

In an ideal scenario, BDS sympathizers would end their hypocritical fixation with Israel and instead turn their attention where it belongs – to the tyrants and despots of the world who force their citizens to live in abject poverty and severe repression. That, of course, is unlikely to happen.

Nonetheless, it would be enlightening to ask BDS sympathizers exactly who they think wants Israel boycotted.

Would it be the individuals around the world benefiting from Israel’s life-saving advances in science and medicine?

Perhaps the millions of people utilizing ‘made in Israel’ technology to make their lives more engaging and productive?

Or is it the traumatized citizens of nations afflicted by natural disasters – Nepal, Japan, the Philippines, Haiti and now Myanmar – who rapidly receive vital supplies and essential medical care from Israel’s emergency response teams?

No matter what outrageous claims are made by BDS advocates, we know the truth. We know that Israel embodies the vast creativity, resolve and humanity of the Jewish people. Moreover, Israel represents the ultimate Jewish success story – the return to our ancestral homeland after two thousand years of exile.

By investing in Israel bonds we can join forces with today’s young generation and stymie the disingenuous objectives of BDS activists. Through our concerted efforts, we can help ensure that Israel remains strong and dynamic, while BDS will be remembered as a movement that utterly failed in its efforts to undermine the economic foundations of the Jewish state.

About the Author
Israel "Izzy" Tapoohi is the President and Chief Executive Officer of Birthright Israel Foundation, the non-profit organization that raises funds in the US to support Birthright Israel trips. Tapoohi joined Birthright Israel Foundation after serving as President and CEO of Development Corporation for Israel Bonds from October 2011 - October 2016. Prior to Israel Bonds, Tapoohi held director positions on the boards of leading Israeli and international companies, including Bezeq, Israel’s largest telecommunications provider, and Africa-Israel Investments Ltd., an international holdings and investments group. He has been appointed to top-level advisory positions, including with the first and second Netanyahu governments, and has been involved with real estate and venture capital investments.
Related Topics
Related Posts
Izzy Tapoohi
Comments