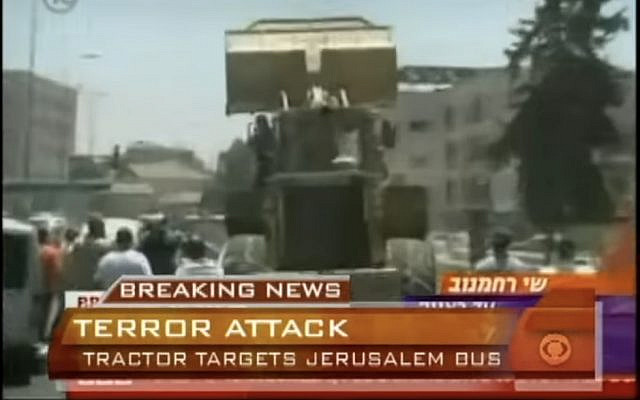 I once saw a man die. Even though it was on video, the image has never left my mind. It was a few years ago, during the wave of bulldozer rammings in Israel. The scene showed a bulldozer careening through a crowded city street, running over innocent people. At one point in the video, a plain-clothed civilian jumped onto the vehicle’s back wheel cover, threw open the driver’s door, and shot the terrorist dead. The image still rocks me to this day. It’s the reason I carry a gun.

This image returned to my memory upon hearing the news from Uvalde. I instantly imagined how I would have acted if I had been at the school. I felt overwhelmed with a desire to stop such an atrocity, while simultaneously feeling scared that I might not have the courage to act. But these thoughts are not uncommon to citizens of this region because Israel faces constant aggression and we are forced to protect ourselves.

Even calling Uvalde an atrocity seems like a gross understatement. There really are no words to describe it. But American politicians have much to say on the matter. Beto O’Rouke, for one, took the opportunity to chastise the sitting governor that this happened on “his watch.” The finger-pointing has begun, but no one seems focused on solving the problem. The only “solution” offered is to “get rid of the guns,” which is no answer at all.

In the past five months alone, there have been 214 mass shootings in America, 27 of them were school shootings. If you search in Israeli history books, you’ll find something puzzling: there hasn’t been a school shooting in this country for almost 50 years. There are reasons for this and only one of them has to do with our gun laws.

Israel per capita has more guns being carried by civilians than maybe any other country in the world. The conceal carry laws in this region are some of the most lenient. But coupled with that, there are harsh restrictions on obtaining and maintaining a gun license.

Everyone who wants to acquire a gun has to be approved by the government, go through mandatory training, and once all the paperwork is returned to the government only then can the firearm be brought home. In addition to a mandatory refresher course every year-and-a-half, a person can only possess 50 rounds of ammunition at any given time. And the most important law: if your gun is stolen and it can be proven that you were negligent in locking it up, you can spend six years in prison.

There are waves of terror attacks here that seem to ebb and flow like the monthly tide. They can be stabbings with screwdrivers or car rammings, or (similar to what just came over the wire) burning the trees and fields around a yeshuv, trapping the residents. But there are some things you’ll almost never hear. You won’t hear of school shootings and you’ll never hear a call for weapons confiscation.

Following the Ma’alot massacre in 1974, in which three armed members of the Democratic Front for the Liberation of Palestine took a school hostage, ultimately resulting in the deaths of 22 children, Israel enacted policies to protect school children from terrorism. Every school in Israel is fenced in with one guarded entrance. Armed guards protect our children every day school is in session, and no one complains about it – not the children and not the parents. And that’s because we know it’s necessary and it works. Additionally, you’ll rarely hear the government angling to make it harder for civilians to obtain firearms. In fact, it’s the exact opposite. When there is an increase in terror attacks, the government calls on licensed gun owners to arm themselves to help make our country safer.

To my American brethren — there is no law you can pass that will stop an evil person from carrying out a demonic act such as Uvalde. Take it from one who lives in a region that would have to require background checks on screwdriver sales: Tragically, evil people will always find a way to hurt those around them. The only way to stop people like this is to arm civilians and establish very specific safeguards inside and outside schools.