The Blogs
Shashi Ishai
Apply for a Blog
Please note that the posts on The Blogs are contributed by third parties. The opinions, facts and any media content in them are presented solely by the authors, and neither The Times of Israel nor its partners assume any responsibility for them. Please contact us in case of abuse. In case of abuse,
Report this post. 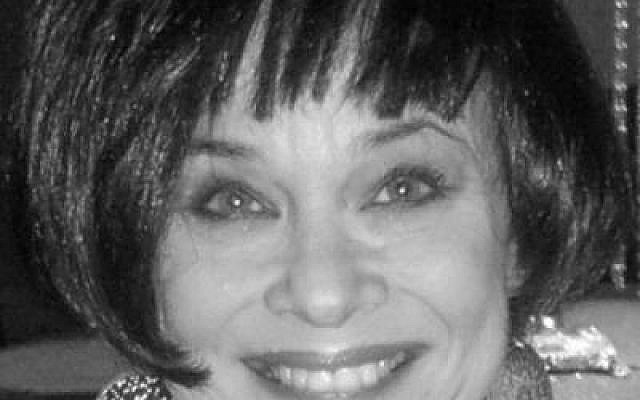 I WILL NOT LIGHT YET ANOTHER HOLOCAUST CANDLE: Our Jewish Biafrans are being slaughtered, as we speak.

Subject: As we speak, another Holocaust is prevailing in Biafra .

Ask Avigail is temporarily quarantined, and she has graciously given her alter ego a chance to post a very serious current event, instead. Please read.
Message Body:

“When a Jew anywhere in the world is threatened or under attack, do all in your power to come to his aid. Never pause to wonder what the World will think, or say. The World will never pity slaughtered Jews. The World may not necessarily like the fighting Jew, but the World will have to take account of him.” Menachem Begin.

“Kol Yisrael Arevim Zeh BeZeh. All Jews are responsible for one another.” The Talmud.

This past Holocaust Remembrance Day, I lit a memorial candle. But, the words, “NEVER AGAIN” rang hollow. I mourned when there was a memorial for the Bosnian Moslems that were slaughtered by the Nazi-like Serbs. The words, “NEVER AGAIN” seemed to mock me. And now, as we speak, the Jewish and Christian minorities are fighting for their very lives, as Non-Muslim minorities in Biafra.

I am even more perturbed that I had no knowledge, not an inkling, that this struggle was happening, but seemed to remain sinister and covert.

Fifty years ago, the Biafrans, a peace-loving people, tried to declare their own independent State, while under the regime of the Moslem Military Government. The Government’s response was to immediately set up a blockade to the only port, through which Biafran citizens received food, medicine and other sustainable items. As a result, more than half of Biafra’s population starved to death, or died from illness. The rest of the survivors were met with guns and machetes. And yet, their dream for freedom remained stalwart.

The modern-day Biafrans have risen, Phoenix-like, with their leader in exile, Mazi Nnamdi Kanu, sending live broadcasts from the UK. His strength, his charismatic command of words, inspires and fortifies their inherent desire for freedom. The Biafrans now refer to themselves as the IBOP, the Indigenous People of Biafra, the resistance. They are faithful followers of Hebrew Scripture. They have reclaimed their lost Tribal roots. They do not want to make Aliyah to Israel, despite extremely close ties. Rather, they feel their mission is to stay in Biafra, and bring the light of Judaism to the darkest points in Africa. They long to make pilgrimages to Israel, to pay homage to their ancestors’ dreams; but, they can only achieve these dreams by having a national identity. When Mr. Kanu presides in a live broadcast, he dons a Kippah, Tsitsis and Tallit.

Twenty-five years ago, I was an adjunct instructor looking for fresh, interesting material for my Composition 1 class, at a local University. Suddenly, I saw headlines on the front cover of a well-known weekly newspaper, THE VILLAGE VOICE. The caption read: MY PEOPLE WERE TURNED TO ASH. A young, African woman, recently widowed, gave testimony in front of the U.S. Congress, a chilling story that shook me and left an impression.

Her story started in a small, peaceful Christian village in the Southern part of Sudan. These villages sat upon a very valuable commodity – oil. The Fundamentalist Moslem government, in the North, issued terrifying raids onto these helpless villagers, first, slaughtering all the menfolk, burning everything to the ground. Women and small children were enslaved in chains and made to walk the terrifying trek to the North. They were given Islamic names, genitally mutilated, forcibly converted to Islam and chained to bed posts, as sexual slaves.  The young boys’ names were also erased, being given Islamic names. They were forced to study from the Koran and treated like livestock. When it came time to enter “University,” there was one entrance exam. They must slaughter their own Christian tribesmen, bringing a fresh supply of women and children to perpetuate this heinous  ritual. The Moslem government had a two-fold plan: A. Clear the oil-rich, Southern land for foreign drilling companies (Talisman, a Canadian oil concern, found in many US investment portfolios) and B. Make all of Sudan Pan-Islamic. As this carnage continued, Darfur was far from being a household word.

I became an activist/public speaker to warn innocent Americans of just what was included in their retirement funds and how to stop modern-day slavery. I joined a group called the AASG: the American Anti-Slavery Group. At that time, there were about 27 million people enslaved in some sort of servitude!!! With much work on behalf of activists, Southern Sudan claimed their independence.

Meanwhile, the Moslem-held Nigerian government has no plans to allow Biafra its independence. Recently, the U.N. Secretary, General, Mr. Antonio Guiterrez , without naming “names” cautioned certain governments not to use brutal or violent force in maintaining order, under the guise of the Corona Virus Shutdown. And who are the ones chosen to maintain law and order in Nigeria?

The Boko Haram and the Western Fulani Bushman, two renown terrorist groups, have been given carte blanche to promote wanton, murderous terrorist attacks on innocent Biafrans. Slaughter and fear run rampant as homes are raided, burned, livestock and children kidnapped, the young daughters ravaged….The scenario between Sudan and Biafra are remarkably similar. And yet, the Biafran plight remains virtually unknown!!!!

As concerned Jews we should be engaged in a rampage of letter-writing campaigns to every politician (wherever we live), every humanitarian watchdog organization, just be constant, prolific and succinct in a two-fold strategy: A. Identify and clarify the problem; B. Offer ways to put pressure, convince, social media campaigns, etc. Just today, I sent similar letters to: Jerusalem Post Op Ed, President Trump, Secretary of State Mike Pompeo, Prime Minister Netanyahu, Defense Minister Naftali Bennett, The possibilities are endless. I hope that I might pass the torch to you.

About the Author
Shashi Ishai is a former stand-up/cartoonist from Teaneck, N.J. She resides in Netanya with her husband, Yacov; daughter, Zehava; son Zaki and dog, Stanley .Shashi is the author of ASK AVIGAIL: Advice from a Biblical Era Sagette, available on Amazon.
Related Topics
Related Posts
Comments