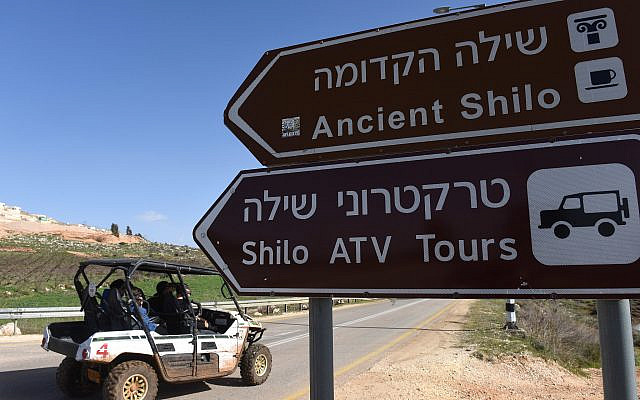 Whatever happens in next week’s ‘yet-another’ Israeli election, the main issue to watch out for out in terms of movement, once all the chairs have been arranged, is settlements.

The reason why settlements will be top agendas for both the new Israeli cabinet and Middle East correspondents is that their status is about to change in a big way.

Although this relies on some soothsaying, all signs indicate that 2020 is when Israel will go big on making the settlements kosher, and the year Washington will see it done. Annexation has various different terms, but that’s what it will be.

I’m not about to moralise – journalists have their own views of course, sometimes strong ones, but our preference is to report and reflect what’s what, rather than what we think should be what. My point, instead, is to highlight the disparity between how many in Britain’s Jewish population see settlements, and how many Israelis see them (I’ll be back in Israel for the election next week, so will test this hypothesis while out there).

Most Brits, whether Jewish or not, still see the settlements through the traditional lens of the 1967 boundaries, and most still think of them as illegal under international law. Young Israelis do not.

Before the crescendo of international criticism follows the Israeli change, remember that settlements are nothing new. People have always settled territory they claim as their own and this is not a thing of history. You need only look at Turkish settlers in northern Cyprus, or Indonesian settlers in East Timor, to see it in action today. The difference comes in what settling nations say about it. Some announce it as formally theirs, others don’t.

Israel never pronounced a change in the status of West Bank settlements, unlike Morocco, for instance, which formally annexed Western Sahara. Menachem Begin wanted to but chose not to because it would have jeopardised peace-making with Egypt. Today, announcing the settlements’ annexation would jeopardise very little, making it all the more likely to happen while it is still a Trump White House.

Although the vast majority of Brits know that Israel has not yet annexed the settlements, many Israelis do not. A major survey from November 2016 shows that 25 percent of Israelis think the settlements now officially lie in Israel. Another 25 percent have no idea. Of the Israelis who know they don’t lie in the State of Israel, 73 percent are 60 years of age or older.

Academics such as Dr Oded Haklai have studied this phenomenon and say that time changes mind-sets. Once you’re familiar with the great theatre scene in Kiryat Arba, you’re less likely to see it as a pariah. After years of seeing Ariel on weather forecasts, you stop seeing it as somewhere else. After the hundredth drive to Jerusalem, familiar settlement road signs no longer seem otherworldly. After five seasons watching settlement teams play in the Israeli football league, you don’t think of them as anything other than Israeli.

In short, there are no reasons for Israelis born after 1967 to see these places as being outside the state in any way. “This is the issue of changing the mind-sets of Israeli Jews with regard to the status of these territories,” says Haklai. “That is, through settlement projects, through time, leading Israeli Jews to believe that this is in fact an integral part of the whole land that should be part of Israel.”

All this means that when we Brits talk about settlements, being clued up on our resolutions and mandates and history isn’t enough. We need to be mindful of this perception chasm too. It’d be like an Israeli talking to us about the do’s and don’ts of formally integrating Brighton into Britain [insert Brighton jokes here].

Grasping that gap helps, but as with everything Israel, settlements aren’t that simple, because there are settlements, and there are outliers, and about 90,000 live in the latter. We usually hear only about the extremes. Many remember Amona, where 42 Jewish families set up camp on a hill that lay on private Palestinian land (to some it was a settlement, to Israel’s Supreme Court in 2017 it was an illegal outpost). But between Kiryat Arba and Amona, a thousand shades.

Into this minefield steps language: is it Judea and Samaria, or the Occupied Palestinian Territories? Is it Ariel, or the settlement of Ariel? Are they settlers or residents? Only brave journalists (or in my case, stupid ones) step over the vanishing Green Line in writing.

Whatever your thoughts on any of that, you will very likely be hearing and seeing big changes in this area very soon, because Benjamin Netanyahu and Benny Gantz – the two men who would lead Israel from 2 March – both sign up to annexation, and given that Israelis have been shifting to the right for the past 50 years, this is hardly surprising.

When the settlement announcement finally happens – and happen I think it will – let’s remember how most Israelis see this territory, and why.