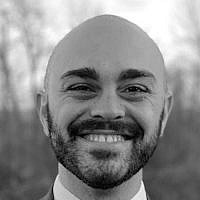 The Blogs
Itai Weiss
Apply for a Blog
Please note that the posts on The Blogs are contributed by third parties. The opinions, facts and any media content in them are presented solely by the authors, and neither The Times of Israel nor its partners assume any responsibility for them. Please contact us in case of abuse. In case of abuse,
Report this post.

There is a pattern of complacency in Israel towards African asylum seekers that causes detrimental consequences to a vulnerable people. With the public’s perception of their challenges often distorted and ignored, tens of thousands of human beings will continue to remain estranged within Israel’s borders with little to no basic rights.

Sub-Saharans that fled violence and conflict have remained stuck in legal limbo for over a decade. Israel’s refugee recognition rate doesn’t pass 1% while compared to Europe’s recognition rate of 92% for Eritreans and 60.7% for Sudanese as of 2017. It paints an ugly picture that requires our attention to fix.

Stateless, they are unable to continue on with their lives while the Israeli government works to keep them unaided and detached. By employing tactics designed to discourage these asylum seekers from staying in Israel, all it has achieved in the end is place them in a state poverty with no resources. They have no voice and no representation to fight for them. Therefore, it falls on us, the children and grandchildren of refugees who uphold the morals and principles of Zionism to give them the opportunity to move on to something better.

So first we must scrutinize the broken system and then do what we do best, argue on the best course of action to fix it.

The first aspect of asylum procedure that needs rectifying is the interview process. The lawyers representing asylum seekers have accused the interviewers of using harsh and unprofessional tactics. “Some demand the asylum seekers to confess their lies, and the interviewees are often obligated to respond with only a yes or no.” Treating refugees like terrorists is an ugly practice that has led to harsher and more sever practices. Demonizing these would-be refugees and calling them infiltrators places them on the outskirts of Israel’s social periphery. “The infiltrators have a clear choice — cooperate with us and leave voluntarily, respectably, humanely and legally, or we will have to use other tools at our disposal, which are also according to law”-Bibi Netanyahu.

Due to non-refoulement laws, Israel cannot forcibly return refugees to their home countries given the potentially fatal consequences. Hoping they will leave voluntarily; the Israeli government has bled tax-payer resources allocated to the issue to push them further and further away rather than tackling it with integrity and humanity. They are accused of being infiltrators and economic migrants and then refused the opportunity to prove otherwise.

One of the more proactive measures the government facilitated was the Holot detention facility. It opened in 2013 and closed in 2018 costing the Israeli taxpayer between 68-100 million shekels a year. “This is an incredible sum which could have been used to rebuild the southern neighborhoods of the city of Tel Aviv, for welfare and education services and for implementing a carefully planned and humane process of absorbing the refugees.” Over the course of five years, the High Court of Justice (Israel’s Supreme Court) repeatedly struck down the legality of detaining asylum seekers four times declaring it unlawful “as it contradicts the right to liberty enshrined in the Basic Law.”

Other obstacles placed in their path was the Deposit Law enacted in 2017 requiring 20% of their salary to be placed in a fund only accessible when they leave. The High Court of Justice struck this down as well in April of 2020. Additionally, the Population Immigration and Border Authority only provides a single office for the tens of thousands of those claiming to be asylum seekers. In 2018 Border Authority officials reported a backlog of 8800 applications and then, suddenly and without prior communication, the office in south Tel Aviv moved to Bnei Barak. The repeated blatant disregard of responsibility and basic human decency is causing unnecessary harm to thousands of people. The Israeli government has made sure to keep them here in fragile conditions on the hopes they will leave voluntarily.

The 36,000 asylum seekers living in Israel (as of 2018) struggle to make a life for themselves. With no social services such as healthcare, insurance, or knowledge of Hebrew, they fend for themselves; often relying on internal community support and non-profit groups helping them find work and legal aid. A constant state of uncertainty adds anxiety to a community already dealing with incredible trauma. With a pandemic causing most to lose their income, unable to buy food for their families and pay rent, the threat of homelessness for over 50% of the population is looming as a very real possibility.

We are living through a time of heartbreak and terrible adversity and when so many of us are suffering it seems unthinkable or perhaps illogical to take the challenges of others into consideration. The poison of isolation, grief, and adversity will continue to wear away at ours spirits and our compassion. But it is exactly because we are all hurting that an opportunity to restore and recharge our present moment can be seized. Below are organizations that aid and advocate for the rights of African asylum seekers in Israel. Take action to better your community and the people around you and demand your government to behave accordingly by holding them accountable.

-The Hotline for Refugees and Migrants https://hotline.org.il/en/main/