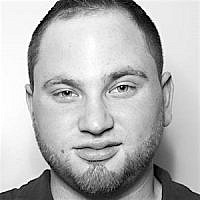 The Blogs
Benjamin Winter
Apply for a Blog
Advertisement
Please note that the posts on The Blogs are contributed by third parties. The opinions, facts and any media content in them are presented solely by the authors, and neither The Times of Israel nor its partners assume any responsibility for them. Please contact us in case of abuse. In case of abuse,
Report this post.

I graduated from Yeshiva University (YU) two years ago with a degree in psychology, and am now about to receive a graduate degree in social work. YU has always played an important role in my life, ever since I was in high school. Many of my NCSY role models had gone to YU, and many of the most influential rabbis in my life received their semicha from there. Because YU has played such a big role in my life, I am worried about its most recent choice of president.

According to the JTA, the choice for YU’s next president has been made by a special search committee as Rabbi Ari Berman. Maybe Rabbi Berman is a tremendous CEO or scholar of Jewish law. However, he has also made several comments about the Middle East conflict that contain serious misinformation and are very offensive to Muslims everywhere. Rabbi Berman paints the entire conflict as a battle between Judaism and Islam. He only cites two sources for his perspective of Islam. One of the sources is the terrorist organization Hamas’s charter.

I never really saw Islamophobia while I was at YU. The students and faculty were generally tolerant of members of other religions. I can recall several times when there were events opening dialogue with Christians. All of this makes Rabbi Berman’s comments bother me.

As Americans embroiled in an intense election season, there has been a lot of talk about rising Islamophobia. Muslims around the country have experienced a rise in hate crimes. Thankfully, I know many Orthodox Jews who speak out against the bigotry facing Muslims.

I’m no longer at YU, but I care about what happens to the most important Modern Orthodox institution in the world. A recent Commentator article mentions that YU students support Donald Trump over Hillary Clinton by a large margin. I hope that the reason for this fact, which seems to go against the general trend among young people, has less to do with Trump’s views on Islam than it has to do with differences over economic policies.

Anyone who reads the Jewish press knows that YU has been going through some financial trouble. Such trouble may have started with the Madoff scandal, but a report by Moody’s shows that many of the problems are deeper than that. The choice to select Rabbi Berman seems to have been more about his ideology than about his business acumen. It is certainly possible that Berman is a tremendous Torah scholar with great knowledge of Jewish philosophy.

Nevertheless, our country has certain standards when it comes to choosing university presidents. YU is a major university with graduate schools that attract not just Jewish students. I can’t imagine how uncomfortable a Muslim student might feel knowing that the university president makes offensive comments about his or her faith.

YU may be in poor financial shape, but the university is still the flagship institution of Modern Orthodoxy. YU alumni and those who care about Orthodoxy need to speak out when we see bigotry.

My professors at YU taught me what happens when one group of people makes false claims about another’s religious beliefs. We say the words “never again” over and over echoing the hardships that the Jewish people faced during the holocaust, yet with the choice of a leaders such as Rabbi Berman, the university seems to contradict such sentiments. Our responsibility as Jews is to speak out when we see such hateful behavior — especially within our own community.

About the Author
Benjamin Winter is a graduate of Yeshiva University and is currently a masters of social work student. Ben has acted as a national organizer for the organization Open Hillel and has worked with the special needs population for quite some time. His writings have been published in the Forward and in other news outlets.
Related Topics
Related Posts
Comments