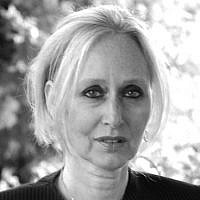 The Blogs
Netty C. Gross-Horowitz
Apply for a Blog
Advertisement
Please note that the posts on The Blogs are contributed by third parties. The opinions, facts and any media content in them are presented solely by the authors, and neither The Times of Israel nor its partners assume any responsibility for them. Please contact us in case of abuse. In case of abuse,
Report this post.

“A Small Town Near Auschwitz” is a slim book by British professor Mary Fulbrook, published about five years ago by Oxford University Press It’s about the Upper Silesian town of Bedzin (Bendin in Yiddish) and its 85,000 strong Jewish population. Most of the Jews didn’t survive the Second World War. There were ghettos, selections, kidnappings, starvation, baby killings and random hangings,. There was also a very controversial Jewish community council, senseless murders and Auschwitz just down the road, a mere 20 miles away. A brave Jewish revolt tried to confront the Nazis but like the one in Warsaw, it was seriously lacking in ammunition.

The book is also about Udo Klausa, a young Nazi, whose role was as the town administrator or “ landrat.” Also, Klausa’s wife was the author’’s godmother. The author’s mother, a Jew, escaped Germany while her good friend married the young Nazi and after the German invasion, blithely moved to a Jewish owned villa in Bedzin whose owners were the wealthy and charitable Scheins.

The ending is also well known. The Schein’s perished and Klausa (him), ever the opportunist, knew when the Nazis were done for and jumped ship. He denied all knowledge of wrongdoing (the author finds this hard to believe) and his wife never questioned all the horror she had seen during the deportations. Indeed Klaus a and his wife went on to live a charmed life in West Germany after the war despite an investigation.

The book makes several worthy points: there was immense suffering and death (for Jews generally) even before the gassings. It also argues that not all Nazis and Germans supported The Final Solution meaning mass death. In other words, thievery, ghettoization, forced deportation to slave labour camps and occasional shootings were okay in the realm of war against a deeply disliked neighbor for whom the Nazi government had radical hatred, but not mass murder! Prof. Fulbrook makes the cogent observation that one couldn’t exist without the other.. Nevertheless, this remains a sore point- what average Germans knew.

This book in some ways reminds me of several books,
(Wehrmacht soldier Willy Reese’s memoirs among them as is Hans Ballad’s Alone in Berlin) written by Germans, which attempt to distinguish between “fanatic “ Nazis and ordinary ones and conformist Germans in general. We suffered too, say these. Reese’s memoir was a best seller in Germany.. Like the Max Hasttings preface, it’s all about the senseless and gory and failed German invasion of Russia.Reese kept a beautifully written diary where he descries the brutal fighting on the . Eastern front in the snow and rain. Reese also writes about his unit’s incipient barbarism directed at Russians. Did that harden the Wehrmacht to atrocities against Jews? Do all armies squish out the brains of small children and rape women?Reese doesn’t mention Jews and he travels repeatedly to Poland.

Reese died. Would he have killed civilians? Probably. He had a poetic soul but there is no evidence in his writing that he was a moral hero. War, he says, debased him. Would Klausa? Perhaps. A guy like Klaus-a was both at the Front and in Bedzin. Apparently he didn’t realize or chose not to realize that the Jews were civilians who committed no crime not soldiers fighting a war. Maybe this explains the current German affinity for asylum seekers.