The Blogs
Tomasz Cebulski
Trust me, I am a GUIDE.
Apply for a Blog
Please note that the posts on The Blogs are contributed by third parties. The opinions, facts and any media content in them are presented solely by the authors, and neither The Times of Israel nor its partners assume any responsibility for them. Please contact us in case of abuse. In case of abuse,
Report this post. 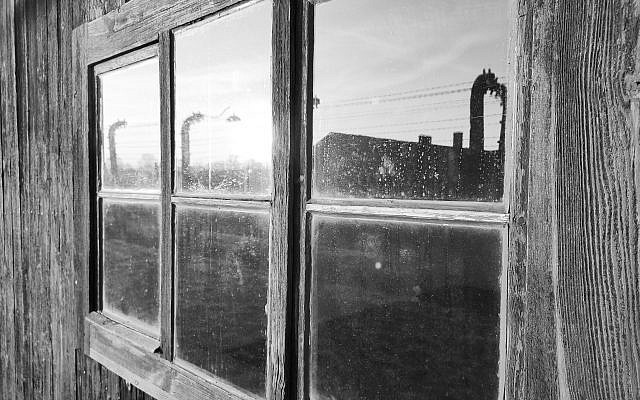 The Middle East is complicated, so why not complicate it even more? We have a generation of international politicians who like to fish in murky waters so to speak, and the Middle East is the murkiest pond of them all. These politicians often sow mayhem and confusion in the region, so that in the end, they pretend to bring solutions to issues and steer out of trouble, focusing the social media spotlight on themselves. Historical awareness is weak, social attention is short, the news life cycle is reduced to seconds, and thus the public will not remember that the politicians themselves were instigated the trouble. Such politicians are very good at publicizing their brave solutions to the problems they generated in the first place. They are completely self-sufficient. The real problem starts when they try to employ history into current political maneuvers. They attempt to draw meaning from various historical anniversaries which offer spotlights to platforms that cultivate the politics of memory. Interestingly enough, in studying such cases in the 1990s regarding Auschwitz, I have proven that such a utilitarian approach to history will always backfire and contribute to historical distortions. Live by the history, die by the history.

In the last 15 years, the Auschwitz Museum and the International Auschwitz Council took a conscious decision not to give talking space to world leaders willing to participate in the memorials surrounding the anniversary of the liberation of Auschwitz, which takes place every January 27. Attention and exposure were refocused from politicians onto survivors. This marked a transition from the calculated politics of memory to the last carriers of prime, personal memory of what Auschwitz was. Finally, in 2015 Anniversary I didn’t have to witness a group of a few hundred elderly survivors waiting for hours in the January frost for top politicians to arrive, deliver a pompous statement, and disappear. The tragicomedy was often sharpened by the irony of dignified speakers asking the audience to listen to survivors, all the while monopolizing the whole world’s attention for their own politics of memory and diplomatic skirmishes. 5 years ago, for the first time, there was a heated tent for everyone at the rail tracks of Birkenau, with consideration given to the survivor’s comfort, and voice was given primarily to those who witnessed Auschwitz.  The Auschwitz of 1940 to1945. Of the many I participated in, it was the only anniversary memorial that stood out. All of the previous anniversaries were dominated by months of diplomatic disputes over who would deliver a speech, for how long, and in what order. Every next speech was about 7-10 minutes of waiting in the frost in the end.  Most of those earlier anniversaries blur for me into one naïve and repetitively abused phrase, “Never Again.” It was treated often like a magic spell with which humanity would improve. This political “Never Again” sounded particularly perverted in January 1995, six months after Rwanda and six months before Srebrenica.

It was in 2005 when, for the first time, there was a notable reduction in the presence of politicians at Auschwitz. The organizers, excuse my wording, “outsourced” the whole political part of the event into the hands of the then newly created foundation World Holocaust Forum, chaired by the Russian oligarch and president of the European Jewish Congress Viatcheslav Kantor. In this way, the organizers could focus more attention on to the survivors at the historical site of Auschwitz. The politicians convened in Krakow, used the event as a photo opportunity, and issued another “immortal” statement. Immortal in the sense that since the 1960s, every succeeding ceremony is almost an exact copy of the previous. Then, they participated at the ceremonies in Birkenau with all others. Of course, there were major controversies about precedence, and even an attempt to kidnap the ceremony by European Jewish Congress, but all in all, politicians were pushed to the second row just behind survivors.

15 years went by in which the Forum made attempts at every jubilee anniversary to overshadow the official ceremony at the Auschwitz Museum. They tried to put politicians first and return to the old good standard over the heads of the last survivors. The end of 2019 was marked with a sudden memory offensive of Russian politics, of a size and intensity comparable with the Soviet Army in 1945.  This time the target became Poland. President Putin started the campaign in person with a 45 minute lecture in December 2019 to the assembly of former USSR state leaders. The lecture focused on painting Poland as the main instigator and responsibility for starting WW II and the Holocaust. Other prime Russian politicians and commentators followed. This multifaceted, historical revisionism offensive by Russian dignitaries came to a head when Jevgiennij Satanowski, on January 21 on the Russian TV Channel 1’sprime time coverage, made a public statement that the Katyn massacre in 1940 was a very just and  right decision made by Stalin. Why was Yad Vashem not very vocal to defend the hundreds of prominent Polish Jews murdered in Katyn? Politics? Does history need to lose in confrontation with politics? It was another blow of “liberating truth” from the East, fought without tank divisions but instead with social media. This was just the prelude, clearing the battlefield with an artillery of fake history for the World Holocaust Forum on January 23 in Jerusalem.

Yes, the Forum was embraced and given enormous international traction by Israel and, by default, Yad Vashem. It was painful to observe how a respected institution, as the guardian of this history, could be manipulated to participate in the midst of political machinations.The long term aim of moving the attention from the official Auschwitz Museum commemorations to someplace else seemed to be reached.  Jerusalem became the host of the largest diplomatic event in its history. Politicians, speeches, and the sparse presence of elderly survivors revived the old template of commemoration. Global attention was kidnaped by the very presence of Putin, the Israeli attention focused on the potential release of Naama Issachar from a Russian prison, and the Polish attention occupied by possible accusations of collaboration with Nazi Germany. A real theater of politics of memory on wheels. Unfortunately, there was barely any place left for thinking of, and honoring, Holocaust victims.

All in all, Putin was trying to be subtle for the international market, but a couple of his round generalizations spiced with a few statistical lies were rather hard to digest. Although he made the comparison, the siege of Leningrad was no Holocaust  14% of Holocaust victims were Russian Jews, not 40%; the Red Army brought only partial liberation from one totalitarian system and replaced it with the other one at the time. Most importantly, Putin’s new-speak term “Russofobia” can not  be compared to antisemitism.

Polish president Duda boycotted the event, blaming everybody around for not offering him time to speak. However, he failed to realize that it was the result of the last 4 years of his, and his party’s, disastrous international policy spiced with ignorant politics of memory.

There is one word to describe this phenomenon. It is a word that originates from Russian and “emigrated” to Polish, Yiddish, Hebrew and English. BALAGAN.

History as a science doesn’t stand chaos. It needs chronology, facts, and context to exist. It demands critical thinking. More and more often, politics often prove to be losing any of the above, and its murky waters flow too fast to follow, occasionally drowning the politicians themselves.

About the Author
I hold an MA in International Relations and Politics and an MA in Middle East Studies, both from the Jagiellonian University in Krakow. I am a PhD of Political Studies, writing on the changing patterns of Holocaust and Auschwitz memory. I am a scholar and in comparative genocide studies and author of "Auschwitz after Auschwitz". I work in Jewish genealogy professionally . I am a guide through complicated matters and sites. I like cats.
Related Topics
Related Posts
Comments