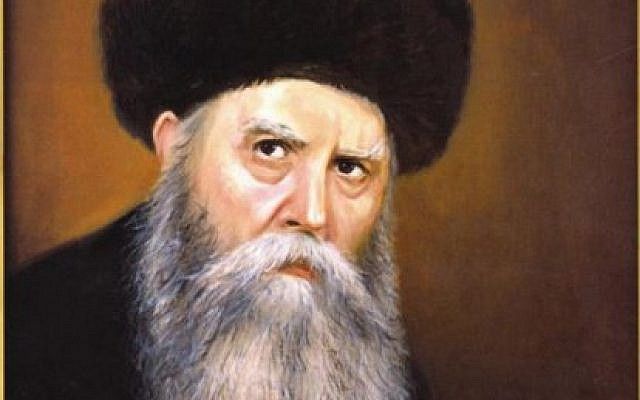 The  previous  Lubavitcher  Rebbe,  Rabbi  Yosef  Yitzchok, (his yayrtzeit is this Wednesday)  once  said, “In  previous  generations,  Chassidim  would  describe  people  by saying,  ‘This  one  [person]  is  a  genuine  inward  directed  authentic individual,  this  one  is  currently  a  superficial  surface  person,  but  has potential  and  is  on  his  way  to  becoming  genuine.’  Today,  they  do not  speak  that  way.  The  feelings  and  thoughtfulness  for  (real genuine) personal  improvement  is  missing.”

In our morning prayers, we say, “A man should forever be God-fearing in the innermost recesses of his heart.” How a person behaves on the exterior is not enough. A person is expected to progress further and inwardly become the impression he gives on the surface.

Maimonides writes, “… He should not speak one thing outwardly and think otherwise in his heart. Rather, his inner self should be like the self he shows to the world. What he feels in his heart should be the same as the words on his lips… It is forbidden to utter a single word of deception or fraud. Rather, one should have only truthful speech, a proper spirit, and a heart pure from all deceit and trickery.”

A superficial person cannot ever experience depth in his life since it is not who he is. A shallow person must live an insecure, uncertain life since he is never truly anchored. This contributes significantly to anxiousness and stress.

The holy ark in the Tabernacle in the wilderness was not only made of gold on the outside over a wood frame; it had a gold frame on the inside. The Talmud says this teaches us a very powerful lesson: “Any scholar whose inside is not like his outside is no scholar at all.”

A genuine inward-directed authentic person, as opposed to a superficial surface person, needs time and cannot be rushed. When he studies something, he must take time to think, absorb, and get intellectually excited and emotionally involved. “All my bones will say who is like you God.” He does not just speak from the lips but becomes wholly involved, and all this takes time. He takes what he does and what he says seriously, and when he laughs, that too is sincere.

On the other hand, a superficial surface person “learns” quickly, and he already believes he “knows” the subject. He makes quick judgments and lives in a microwave age where everything is done rapidly. He gets warmed up and “excited” about things that he has just learned about, and this, too, is all shallow. No depth and no substance. Life and friends are a one-line statement on Facebook and Instagram.

How about a little politics? Some people change affiliation with their stated beliefs from one day to another.

There is a Chassidic saying that “If one blows on a lit match just slightly, the flame will extinguish. On the other hand, a flame attached to a coal, the more one blows on it, the greater the flame becomes. The reason for this is because one flame is a superficial fire; no real roots, no passion, no substance, extinguished by the slightest stirring of air. The other flame is real, down to its root. This flame holds its ground.”

The same is true when it comes to personalities.

Some people pray and hope for fast transformations. They want to become smart quickly, make money quickly, and lose weight quickly… but “quickly” belongs in the realm of the superficial. A person focused on genuine improvement understands that everything worthwhile takes time and patience. He does not expect anything without the investment of time and effort to be long-lasting.

A person of faith who puts in the time reaps the benefits with life deep and rich in true happiness.