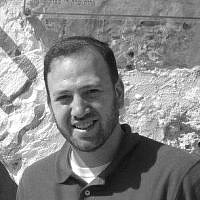 The Blogs
Jason Herman
Apply for a Blog
Advertisement
Please note that the posts on The Blogs are contributed by third parties. The opinions, facts and any media content in them are presented solely by the authors, and neither The Times of Israel nor its partners assume any responsibility for them. Please contact us in case of abuse. In case of abuse,
Report this post.

There is much debate these days about the use of the term “Radical Islam” in connection with terrorist attacks.  Proponents of using the term want to call attention to Islam’s role in these acts and place some onus of responsibility on the broader Muslim community in addressing terrorism.  Opponents argue the term risks painting all Muslims in a negative light and furthermore using the term would play into the radicals hands in making this a conflict between Muslims and the predominantly Christian West.

I have long felt that both sides were right.  This cannot become a conflict between Islam and the rest, but at the same time Islam needs to play a bigger role in addressing the terrorist threat coming from within its community.  A bigger problem in this debate is that the critics of Islam have placed their criticism in the wrong place.

They ask: Why don’t good Muslims condemn acts of terrorism?  Answer:  They do.  All the time.  A simple Google search would reveal hundreds if not thousands of condemnations each attack.

The area where I have felt Muslims could do a better job was in how they deal with difficult religious texts.  When presented with passages in the Quran or other Islamic sources that seem to justify violent jihad, religious intolerance of Jews, Christians, infidels, sinning Muslims, etc, most Muslims engage in what I call a “quote war.”  They simply quote an alternative text with an opposite message.  They will quote the Quranic passage (which seems to be sourced from the Talmud) that one who kills one person it’s as if he destroyed the entire world.  Or they will quote passages about peace etc.  I call this a “quote war” because it somehow seems to boil down to which side of a religious debate can quote more passages to support its cause.  The quote war is problematic in that it leaves the difficult passages entirely in place for the radicals to cling to.

I have thought (perhaps in too triumphalist a fashion) that Judaism has a tradition for dealing with difficult texts that lends itself to minimize the impact of radicalism.  The Jewish tradition doesn’t avoid the difficult text by quoting alternatives, but engages the difficulty head on by either adding qualifications, imposing limitations, or otherwise reinterpreting the text.  Here are some examples:

The Torah includes the obligation to wipe out the nation of Amalek.  This seems to be a call for genocide.  It would stand to reason that if today a Jew were to meet an Amalekite on the street, s/he should just up and kill him or her.  Fortunately, there is no one claiming Amalekite descent today, but even if there were, it is hard to imagine Jews just killing them.  The reason is our Sages taught that the King Sancheriv mixed up all the nations leaving a complete lack of clarity as to who is who.  Even if someone were to claim to be an Amalekite, our tradition says from the perspective of Jewish law, you can’t be sure.

The Meiri in the 13th century did similarly in redefining who was an idolater, thus changing all the laws for how Jews should treat idolaters.

In other cases, the Sages added criteria to limit a difficult law to be effectively non-existent.  They added a good number of criteria to the definition of a rebellious child (Ben Sorer Umoreh) so that in their words it would be “Lo Haya Velo Yihyeh” – there never was a case and there never will be.

They did so similarly with the death penalty requiring warnings by witnesses before, during and after an act where the punishment could be death. The ability to put someone to death was so rare that they said a court that executes one person in seventy years is considered a bloody court.

Particularly in the cases that involved taking another life, when faced with a difficult text, the Sages didn’t just say the Torah says “Don’t Murder” – it dealt with the particular text that posed the moral conundrum.

With that said, I found myself recently questioning how well Judaism in fact does this (or continues to do so in modern times) while learning today’s daily daf.

While Judaism does not have a real problem of violent extremism (though there are some like the Haredi person who stabbed and killed a number of people at the Jerusalem Gay Pride Parade last year), we do at times seem to have a problem of Jews involved in major financial scandals – Bernie Madoff, Jack Abramoff, Michael Milken, Sheldon Silver, the recent scandal surrounding some Jewish supporters of Mayor Bill Deblasio and the list could go on.

That is not to say that Jews should be considered as many anti-Semites have long argued to be a dishonest and corrupt people when it comes to money.  That is as wrong as assuming any Muslim to be a terrorist.  But we should perhaps begin to look at ourselves to see if there is something going on in our community that lends itself to the fact that a greater number of these scandals emerging from our community.

The only real attempt I’ve seen in the Jewish community to address this was a phenomenal sermon by Rabbi Mitchell Wohlberg of Beth Tfiloh in Baltimore in the year following the Madoff scandal. (The whole sermon can be found here).  In that sermon, Rabbi Wohlberg addresses a sense of entitlement in the Jewish community and particularly among high profile Jews.

By now many might be criticizing the comparison of Jews committing some type of financial fraud to Islamic terrorists since the Jews were not religiously motivated and our religious texts didn’t instruct them to do so.  On the one hand, they would be right and I would tend to agree.  But then I was learning today’s daf yomi (Bava Kama 37-38).  There the Mishna states that if an ox belonging to a Jew gores the ox of a non-Jew, the Jew is exempt from paying damages.  However, if the ox of a non-Jew gores the ox of a Jew, the non-Jew is required to pay full damages even in a case where a Jew to a Jew would only be required to pay half damages.  In explanation, the Gemara cites a number of verses to indicate that as a punishment God permitted the property of non-Jews to Jews.

While I don’t think most of the Jews guilty of financial misconduct were looking at this Gemara and seeing a religious mandate for their actions, I found it difficult to divorce the text as part of our tradition from the phenomenon.

What was more striking to me was that as I was trying to explain the text to myself, to grapple with this seemingly unethical message, I found myself doing the exact same thing I was critical of Muslims for — engaging in the “quote war.”  I was quoting to myself the obligations of Jews to feed the non-Jewish hungry, visit their sick, bury their dead, take care of their poor, etc.  I was trying to prove to myself that we Jews really do care about not only non-Jewish lives, but also their property.  But in doing so, I had moved beyond the text in front of me to the texts I would rather talk about, the ones whose message sounded so much better to my sensibilities.

To be fair, there are rabbinic explanations for the text in Bava Kama such as that of the Rambam who says the law was in place to address an imbalance in the non-Jewish laws to Jews, which treated Jews unfairly.  But the Rambam leaves in place the Gemara’s Scriptural interpretation permitting non-Jewish property to Jews.

About the Author
Rabbi Jason Herman serves as the Mara D’Atra, spiritual leader, of Congregation Beth Israel - West Side Jewish Center and as the Executive Director of the International Rabbinic Fellowship.
Comments