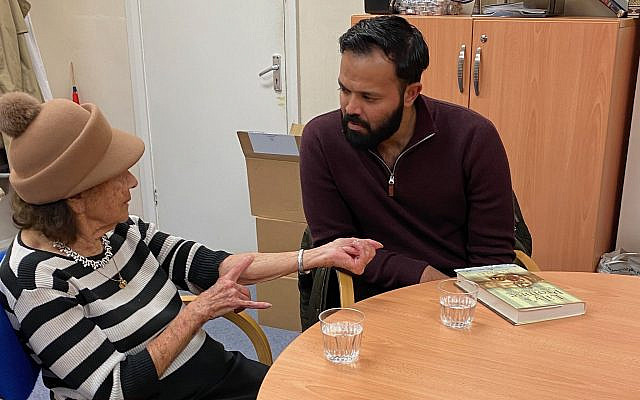 The real tragedy behind Azeem Rafiq is the profound gaps in his knowledge, typified by the fact he didn’t know what Auschwitz was.

We all now know what Rafiq said. We know he’s sorry. And we now also know, he was ignorant of what many people consider basic facts.

When he sat down with Lily Ebert, 97,  and she rolled up her sleeve to show him her tattoo from Auschwitz, she asked: “you know what this is, from Auschwitz”.

He sheepishly shook his head and said no.

As he continued to listen to Lily’s testimony, asking questions, and to his credit, trying to educate himself, all I could think, was: How can a 30-year-old man who went through the UK education system, not know what this is?

You certainly don’t need to be Jewish to know about Auschwitz, and it shouldn’t have anything to do with him being Muslim or being born in Pakistan.

Many young ambassadors for the Holocaust Educational Trust are non-Jews, and are from all kinds of backgrounds, and hail from across the country.

The fact Azeem didn’t know what Auschwitz was, is reflective of his education. And it begs the question, why he didn’t realise using the word ‘Jew’ in a derogatory way was offensive?

How deep does this go?

One can assume he was not educated in solitary confinement, so either he is a staggering anomaly, or it’s more widespread.

Earlier this month, a shocking survey revealed that most British people do not know how many Jews died in the Holocaust. There were “profound gaps” in UK knowledge of historical events, and while most could name Auschwitz, 14% were able to able to name another camp or ghetto.

It would certainly seem he is a symptom of a system which is clearly not working.

But not everyone can have the cure he is getting: direct contact with the senior Jewish community leaders to educate himself, one-to-one intensive rehabilitation.

While it’s all well and good, one man, who has become prominent because of whistleblowing, making amends for his misdemeanours, it doesn’t solve any societal problems.

There needs to be a more comprehensive look at why Holocaust education is not being as effective as it should be.

There are clearly barriers in place.  In wake of the shocking survey, and with survivors becoming more frail by the day, these barriers must be removed before this yoke of ignorance becomes the norm in an age with no more first hand witnesses.