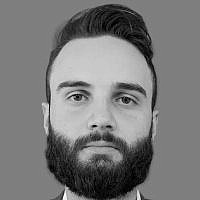 The Blogs
Alexander Galitsky
Apply for a Blog
Please note that the posts on The Blogs are contributed by third parties. The opinions, facts and any media content in them are presented solely by the authors, and neither The Times of Israel nor its partners assume any responsibility for them. Please contact us in case of abuse. In case of abuse,
Report this post. 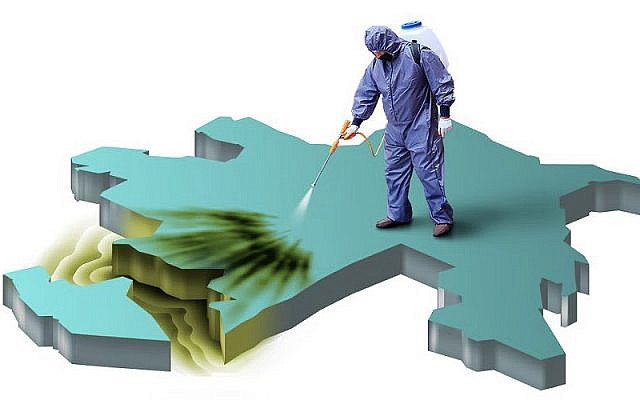 In August 1939, Adolf Hilter remarked to a group of Wehrmacht commanders at his home in Obersalzberg “who after all speaks today of the annihilation of the Armenians?”

These words would live on in infamy as a cruel testament to the catastrophic cost of impunity when a week later Nazi Germany would invade Poland and begin the systematic extermination of Europe’s Jewish population.

In the wake of the Holocaust, the world would honor the memory of its victims through a pledge to ensure that never again could this great crime against humanity be perpetrated while the world watched on in silence.

Despite UN resolutions and remembrance efforts, however, the international community has repeatedly failed to recognize the warning signs of genocide even in the face of the most damning evidence.

One of the most overlooked examples of this is Azerbaijan’s systematic dehumanization of Armenians.

Azerbaijan has never been shy about its attitude towards Armenians. The country’s autocratic ruler Ilham Aliyev has openly referred to Armenia as a “country of no value” that is “not even worthy of being a servant” – even once declaring “Armenians of the world” to be the enemies of the Azerbaijani people.

But the government’s latest transgression strikes at the very heart of our common humanity.

In the wake of its coordinated and unprovoked assault on the Armenian region of Artsakh (also known as Nagorno-Karabakh), Azerbaijan’s state-owned postage stamp company “Azermarka” issued a commemorative stamp depicting the country chemically ‘disinfecting’ the Armenian-majority enclave.

Not since Nazi Germany has such a blatant example of genocidal symbolism been deployed so brazenly by a state actor.

Scholars have long viewed dehumanization to be central to the process of genocide. It is the means through which states desensitize their populations to violence, often rationalizing pogroms and massacres as a tool of exterminating ‘vermin’ or ‘disease.’

During the systematic annihilation of over 1.5 million Armenians, Greeks and Assyrians by the Young Turks, non-Turkic ethnic groups were routinely referred to by Ottoman leadership as a tumor that should be “purged” from the body. This narrative would later be adopted by Nazi Germany which deployed the imagery of rats to dehumanize the Jews of Europe; presenting violence as not only permissable, but encouraged.

And while the Ottoman Empire, like Nazi Germany, may no longer exist – the ideology that informed the Armenian genocide, like the Holocaust, continues to plague the world today.

By the account of international human rights bodies including the Council of Europe, Azerbaijan has been engaged in a concerted campaign over the last thirty years to vilify and dehumanize the Armenian people.

In the early 2000s, the government ordered the destruction of thousands of Armenian monuments in Nakhichevan. In 2012, it pardoned and honored an Azerbaijani soldier who killed an Armenian during a NATO Partnership for Peace training program – a crime noted by the European Court of Human Rights to have been endorsed by the state itself.

Just recently, at a victory parade in Baku, Azerbaijan and Turkey’s leaders praised Enver Pasha – the Turkish ultranationalist architect of the Armenian genocide.

The depravity of Turkey and Azerbaijan’s state-sponsored racism is matched only by the willingness of the international community to ignore it.

Azerbaijan has long sought to portray itself as a “country of tolerance” so as to obscure its state-sponsored racism towards Armenians. The centerpiece of this campaign has been Azerbaijan’s relationship with Israel, which has provided Baku with diplomatic cover.

Despite being uniquely equipped to understand the plight of the Armenian people, Israel has been willing to turn a blind eye to the vicious incitement of anti-Armenian violence. Not only does it refuse to recognize the Armenian genocide – but has in recent years become one of Azerbaijan’s top military trade partners, delivering billions of dollars of weapons technology – including drones and cluster munitions – that featured prominently in Baku’s invasion and occupation of Artsakh.

Baku has regularly drawn praise from within Israel and across the Jewish diaspora for its purported commitment to Holocaust remembrance and education – rarely seen amongst Muslim-majority states.

But Azerbaijan’s myth of tolerance not only conveniently ignores its institutionalized dehumanization of ethnic minorities including the Armenian, Lezgin and Talysh people – it also ignores incidents of anti-Semitism against the country’s dwindling and isolated Jewish community often paraded by Baku as a testament to its commitment to religious tolerance.

These include the targeting of Jews during anti-Armenian pogroms in the 1990s, the desecration of a Jewish cemetery in Baku, the attempted terrorist attack on a Jewish school, the anti-Semitic rhetoric of the regime’s youth affiliates, and the manipulation of Jewish diaspora communities to advance Baku’s interests abroad.

The cynical use of Holocaust remembrance to obscure genocidal violence has also been deployed by Azerbaijan’s increasingly anti-Semitic brotherly nation of Turkey, whose president Recep Tayyip Erdogan was quick to offer his remarks on International Holocaust Remembrance Day; despite the continued denial of the Armenian, Greek and Assyrian genocides, complicity in the Uyghur genocide, perpetration of genocide against the Kurds of Northern Syria and the region at large, and the bombing of Yazidi genocide survivors in Iraq –  not to mention Turkey’s active support for Azerbaijan’s invasion of Artsakh.

It should come as no surprise that governments unwilling to reconcile with their own history of genocide perpetration give rise to the dehumanization and persecution of minority communities. The culture of impunity fostered through genocide denial sows the seeds for future genocidal violence.

As we mark International Holocaust Remembrance Day, genocidal violence only continues to proliferate across the world – and the need to act on the global pandemic of state-sponsored racism has only grown more relevant.

To truly honor the memory of the victims and survivors of the Holocaust, we must ensure the great crime inflicted upon them can never be repeated. There is no greater betrayal of that memory than to willfully ignore the dehumanization of at-risk minority communities throughout the world.

In order for the words “never again” to be more than just a slogan, we must actively work to combat and confront the denial and perpetration of genocidal violence wherever and whenever it occurs in the world.