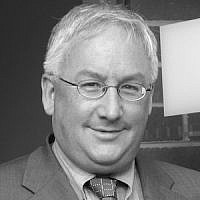 The Blogs
Michael Danby
Apply for a Blog
Please note that the posts on The Blogs are contributed by third parties. The opinions, facts and any media content in them are presented solely by the authors, and neither The Times of Israel nor its partners assume any responsibility for them. Please contact us in case of abuse. In case of abuse,
Report this post. 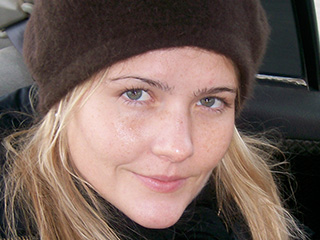 Sophie McNeill, the Jerusalem corespondent for the Australian Broadcasting Corporation, has suggested that Australia’s Department of Foreign Affairs and Trade conducted an internal review that found no evidence that Australian aid funds given to World Vision were diverted to Hamas.

Not only does this report leave a false and misleading impression, but it comes at a time when there is a case currently before the Israeli courts against World Vision’s Gaza employee Mohammad El Halabi who is accused of channelling millions of dollars to Hamas.

Australia’s Department of Foreign Affairs and Trade is a spectator in that case. It is certainly not the prosecuting authority. And it has certainly not marshaled all the evidence and witnesses and examined and tested them in a forensic way. The court will ultimately reach its own conclusion.

Yet that didn’t stop McNeill tweeting on 20th March:

BREAKING @dfat tells ABC an internal review into @WorldVision funding in #Gaza uncovered nothing to suggest any diversion of gov aid funding pic.twitter.com/GPa3PD7cBm

She followed that up with a report on the ABC website on March 21st, in which she wrote:

[DFAT] says an internal review into World Vision funding in Gaza has uncovered nothing to suggest any diversion of government aid funding to Hamas.

The clear implication was that the Australian Department of Foreign Affairs had conducted its own review of the matter and had concluded no government funds had been diverted to Hamas. 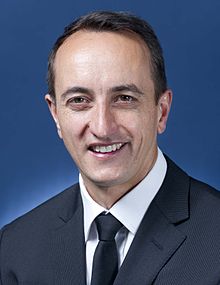 Sophie McNeill’s misleading reports were picked up and reported by other media outlets around the world, including Putin’s propaganda outlet, RT, today and on the Ayatollah’s TV channel in Iran, Press TV. Strangely, other ABC reports are not normally recounted by these highly controversial media outlets, which in both the Russian and Iranian cases are almost always anti-Israel in their orientation. This dreadful international misreporting may have been what prompted Australian Ambassador to Israel Dave Sharma to issue this repudiation on behalf of the Australian Department of Foreign Affairs, on March 29th:

Statement from me regarding allegations against World Vision employee, in response to recent media reporting. pic.twitter.com/mgzwMGEnyc

And, importantly, the Australian Department of Foreign Affairs acknowledges that it will be the Israeli court case that determines El-Halabi’s innocence or guilt.

One doesn’t need to be a journalist or lawyer to understand that such an internal review by the Australian Department of Foreign Affairs did not and could not exonerate World Vision or its employee in relation to allegations of diversion of funds to Hamas. And particularly so when there is a court case underway that is looking into these allegations.

Yet ABC’s Sophie McNeill reported this matter in a way that suggested the Australian Department of Foreign Affairs had made findings supportive of such an outcome.

Whether this was just bad journalism or something else, I’ll leave others to judge.

This piece also appears in J-Wire, the digital Jewish news daily for Australia and New Zealand.

About the Author
Michael Danby is a federal Member of the Australian Parliament.
Comments