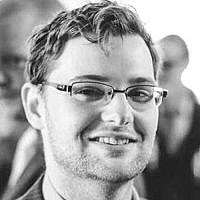 The Blogs
Simon Schofield
Apply for a Blog
Please note that the posts on The Blogs are contributed by third parties. The opinions, facts and any media content in them are presented solely by the authors, and neither The Times of Israel nor its partners assume any responsibility for them. Please contact us in case of abuse. In case of abuse,
Report this post. 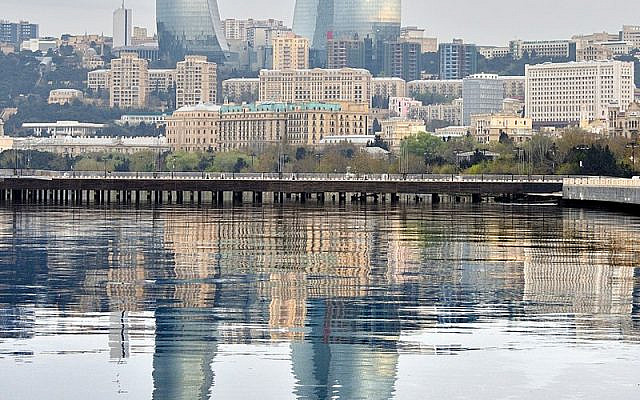 Azerbaijan’s re-capture of parts of Nagorno-Karabakh last month after almost three decades of Armenian occupation might have ruffled some feathers in the region, but the peace deal now in place has helped avert an escalation into a much bigger conflagration.

Baku’s geopolitical gymnastics – Turkey, Russia, Iran and Israel all have interests in Azerbaijan – is a timely reminder that even hostile powers can, on occasion, see eye to eye. If all sides play their part in cementing the peace, the resolution of the Nagorno-Karakabh conflict could be a model of co-existence for other conflict-ridden regions.

Nestled in the remote mountainous north of Azerbaijan lies the town Krasnaya Sloboda, which translates into English as “red town”. Founded as a haven for Jews against anti-Semitic violence, this is the only all-Jewish town in the world outside of the USA and Israel. It stands as a testament to the country’s long relationship with Jewish people, and makes them a natural partner for Israel, having maintained relations with the country since its independence from the USSR in 1991.

As a majority Shi’a nation, the Azeri people have long attracted the attention of Iran, which has its own Azeri minority, constituting around 16% of the total population. Under the doctrine of Vilayat-e-Faqih, Supreme Leader Ayatollah Khamenei aims to bring all Shi’a peoples under his banner, and whilst this has largely focused on carving out a ‘Shi’a Crescent’ to Tehran’s west, this has also led to numerous attempts reaching north, both to coax and to coerce Azerbaijan into a more accommodating posture towards its neighbour. Nevertheless, relations have been rocky for a number of reasons, including the demand for  autonomy for Azeri people in Iran by Azerbaijan’s then-President Abulaz Elchibey in 1992; Azerbaijan’s relationships with Turkey and Israel, and numerous failed terror attacks, including a bungled attempt by Hezbollah to blow up the Israeli embassy in Baku.

As a Turkic nation, the Azeris have also sought a closer relationship with Turkey. Under President Erdogan, Turkey is particularly looking to support those of Turkic heritage and has made a point of being a patron of Turkic peoples on the international stage, including voicing concerns about the Chinese genocide of Uighurs in Xinjiang and backing Azerbaijan in its ongoing dispute with Armenia over the Nagorno-Karabakh territory, which is internationally recognised as part of Azerbaijan. However, Turkey is at odds with the EU over its activities in the eastern Mediterranean. The EU is the single largest grant donor and foreign investor in Azerbaijan, and Baku recognises the strategic importance of maintaining these important ties.

As an oil-rich nation and former Soviet Socialist Republic, Azerbaijan has a long history of relations with Russia. At present, Azerbaijan’s increasingly warm relations with the West have presented an avenue for Europe to reduce its dependence on Russian gas, which has been a key lever of Russian influence for decades. To this end Russia has sought to maintain its influence in Baku, by selling weapons to them (although they also sell weapons to Armenia), by helping to broker peace in the Nagorno-Karabakh dispute and by utilising pro-Russian political movements and media outlets inside the country. Azerbaijan’s more outward-looking attitude makes it uneasy in its dealings with Moscow.

However, as Israel and its Islamic partners to the Abraham Accords have begun to build unprecedented new bridges, ushering in an era of détente and a fundamental realignment of political tectonics, perhaps a stronger bond between Baku and Jerusalem is to the benefit of both. Israel is leading the way in forming a new, robust, political alliance, which articulates values of tolerance, cooperation, trade, and progress. For Baku, it should be an enticing prospect.

There is potential for a greater relationship between Israel and Azerbaijan which goes beyond strategic cooperation in energy and defence. The prospects of a deep friendship between the two countries, founded on greater cultural and economic as well as security ties, could help Azerbaijan to transcend regional dynamics and instead become a partner of values-based international cooperation.

About the Author
Simon Schofield is a Senior Fellow at the Human Security Centre, a London-based Think Tank.
Related Topics
Related Posts
Comments