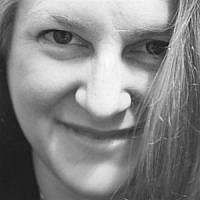 The Blogs
Melissa Toporek
Apply for a Blog
Advertisement
Please note that the posts on The Blogs are contributed by third parties. The opinions, facts and any media content in them are presented solely by the authors, and neither The Times of Israel nor its partners assume any responsibility for them. Please contact us in case of abuse. In case of abuse,
Report this post. 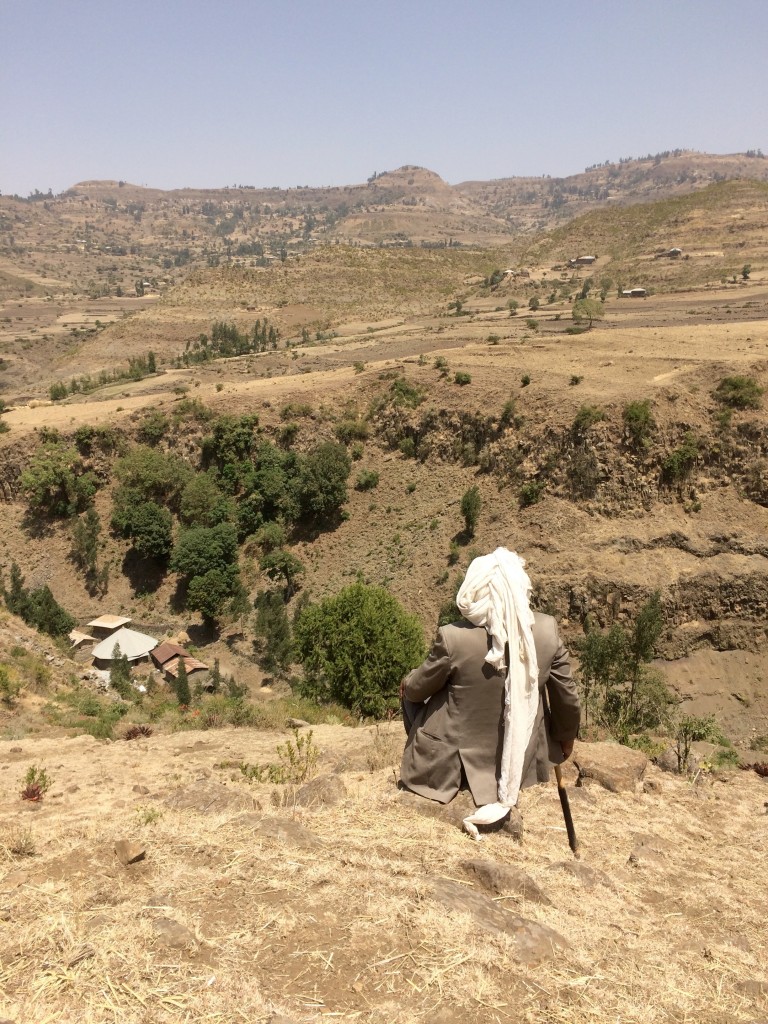 A year ago my life changed when I happened upon a group of Jews in Addis Ababa, Ethiopia by chance, or perhaps it was bashert.

Since I was in elementary school and I first learned that I had Jewish sisters and brothers in Ethiopia, I’ve been drawn toward this land. I was working in the city for an extended period and, although I’d worked here several times before and attended a Yemenite synagogue run by a godfatherly mogul named Kanzen, I needed a place to attend Shabbat services regularly and to celebrate Purim and Pesach. Kanzen’s synagogue is only open on the high holidays because most of the Yemenite Jewish community has passed or moved away. Chabad recently opened a branch, however, it wasn’t the right place for me, so I desperately looked for other opportunities.

I was stupefied when I found a community of Beta Israel in the neighborhood of Kechene in the city of Addis Ababa. I was sure all Beta Israel had been airlifted to Israel during Operations Solomon and Moses, except for those who were still awaiting aliyah because their ancestors had converted to Christianity generations before. I had never heard of this community, documented by a researcher named Faitlovich in the 1800s. Their website stated that these Beta Israel of North Shoa had outwardly feigned Christianity, but practiced Judaism secretly for hundreds of years and some members recently decided to “come out” as practicing Jews. I emailed them regarding attending Friday night services, using the “contact us” link, and hoped for the best.

Friday evening came and although I had not heard back from my email inquiry, my driver said he’d gotten directions from another driver familiar with the neighborhood and we set off. We arrived at a fence with a corrugated metal gate and a large Israeli flag painted on the front. I was ecstatic! I knocked on the gate and asked permission to celebrate Shabbat. The man who opened the gate was immediately welcoming and friendly, however, Shabbat was nearing and the place was desolate. Before I let my driver leave me in this unfamiliar place, I asked a few questions, because my gut told me something was wrong.

My questions were admittedly disjointed because I didn’t know what I was looking for, but I knew something wasn’t right. I randomly asked if they had a Torah. The man proudly stated they had eighteen. Noting that this was a small mud hut, I was quite surprised that they had such riches inside. I replayed his answer in my head again, “Yes, we have eighteen Old Testaments.” Then I asked, “How many New Testaments do you have?” He proudly answered, “Thirty-six!” My ecstasy turned to disillusionment so I turned to my driver, grateful that he was still there to whisk me away, and said, “This is not the right place.”

After approximately a 20-minute discussion, the man finally admitted to knowing of another synagogue in the neighborhood, about 300 meters behind the messianic congregation where I was standing. We arrived within two minutes, just as Shabbat was about to begin.

The experience left me quite wary of what I might encounter, so I asked question after question of the three men who met me at the front gate of this synagogue. They had plenty of questions for me, too. “Who sent you? Who are you with? Why are you here? How did you find us?” As we peppered one another with questions and skeptically analyzed the answers of the other, my driver poked me in the elbow and shifted his eyes toward the door. Eventually he said, “This is the right place. Look at the door.” I didn’t expect that anything on the door would prove Judaism because the messianic congregation also had a mezuzah. Instead, I saw dark brownish-red color painted above the door.

I realized then that, because Beta Israel are a pre-talmudic sect, my driver was correct. These were practicing Jews. They’d spread blood from a paschal lamb over the doorpost, probably the previous Pesach. Just for good measure, I asked one more question, “How many New Testaments do you have?” Three puzzled faces stared at me. Finally, the chazzan, Demeke Ben Engeda, said, exasperated with this probing stranger, “We don’t have any New Testaments. We are Jews.”

“Ah, finally! The right place!” I thought. I entered and was immediately welcomed as a sister with open arms into this community, which has very deep roots and very deep secrets. After a year of working with this community, I am still learning every day.

I learned that they are cautious because many missionaries come to visit the synagogue and that their ancestors kept Judaism secretly for hundreds of years after separating from the Beta Israel of Gondar when fleeing massacres. I learned that their Judaism has been buried so deeply that some community members don’t even know that Judaism has been kept and only learn of it on their deathbeds. I learned that families were in deep disagreement over whether to practice Judaism openly and that the elders of the community live in secret synagogues nestled in the mountains many hours walk from other people. I learned that Messianism has taken hold in the community as an idea which somehow makes sense to some people as a middle ground between their Jewish ancestry and a Christian belief system.

I learned that there are deep crevices and deep friendships between those who practice Judaism, Messianism, and Christianity, some even within the same household. I learned that most people are weavers, potters, or blacksmiths by profession and that because they work with fire, they are shunned, because it is widely believed they have the evil eye and turn into hyenas at night. I learned that the strength of their community lies in each other and that they are struggling to formulate a version of Judaism that both respects their ancient traditions and fits in with modern day global Jewry.

That first Shabbat, when they learned that I am Israeli, they asked me to teach them Hebrew. Although I am not a language teacher and Hebrew is not my first language, I immediately agreed, and spent Shabbat frantically preparing for our first lesson the following day, Sunday.

One year later, I watch as community members speak and read Hebrew, welcome new babies and new members, lose family members, build new homes, change jobs, become unemployed, endure beatings from anti-Semitic neighbors, deal with health issues, and even factionalize. I watch as some focus on strategically improving their condition within Ethiopia and some focus on a return to Zion. Still others focus on learning more about Judaism and building community. Some focus on building relationships with those in power, and some on becoming powerful. I observe, as some learn Ashkenazi tradition, some learn Kabbalah, and some draw nearer to their own ancient traditions. I am confident that each person has something positive to contribute to the community, if they use their skills, talents, and connections well.

My feelings about their situation are complex, because I am at once both a sister and a faranj (foreigner). I fluctuate between exhilaration, solemnity, anger, disappointment, frustration, sadness, confusion, fear, and hope, but I realize that my individual feelings are not important and that I must see the wider perspective.

Every Jewish community struggles with similar issues; however, this community has more at stake than most of us can imagine. The community has committed to a path, wherever it may lead, toward reconstruction of a form of hidden Judaism not known to the world since medieval times. B’ezrat Hashem, the community will become stronger through their struggle and will reveal to the broader nation of Israel the secrets they have been guarding for hundreds of years, that we may all welcome them with open arms and benefit from their ancient wisdom.

This community is the subject of an upcoming documentary film by Irene Orleansky produced by the author entitled: Bal Ej: Hidden Jews of Ethiopia. You can view the trailer here. Please contact the author at mkeropot@gmail.com or the filmmaker at ireneorleansky@gmail.com to arrange a screening near you.

About the Author
Melissa Toporek is an American-Israeli occupational therapist who splits her time between the US, Israel, and Ethiopia. She is a producer of the upcoming film "Bal Ej: The Hidden Jews of Ethiopia" by Irene Orleansky.
Related Topics
Related Posts
Comments