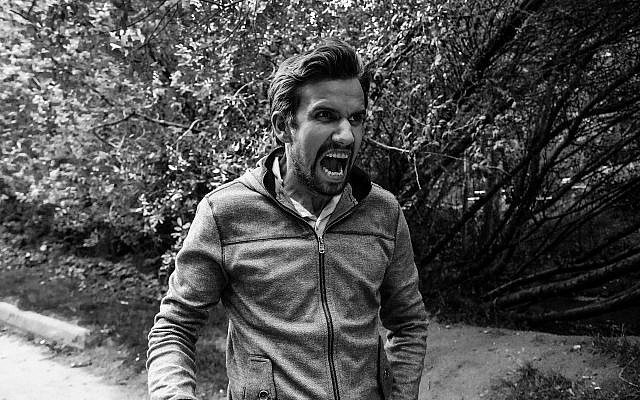 The Torah says, “A judge you shall not curse and a prince/king in your nation shall you not curse” (Ex. 22:27). This passage forbids cursing a judge or king because one might otherwise be tempted to do so if the judge or king does something against one’s own personal interests. In other words, if a judge rules against somebody in court, or a king makes a decree which negatively impacts a given individual, that person might vent his frustrations by “cursing” the relevant authority. In order to offset this attitude the Torah expressly forbids cursing a justice or sovereign. Interestingly, in this context, the Torah uses two different words for “curse”. Regarding the judge the Torah uses the word kelalah to denote cursing, while regarding the king the Torah uses the word arur. Why, in the same verse, does the Torah switch from using one word to using the other?

The Vilna Gaon explains that there is a difference between the word kelalah and arur. The word kelalah, while colloquially used to mean “curse”, is literally a diminutive, which one might invoke to belittle another, but is not truly a “curse”. The word kelalah is related to the Hebrew word kal which means “light” or “easy”, as one who offers a kelelah about another essentially dismisses him as someone unimportant. When discussing one’s “cursing” a judge the Torah uses the word kelalah because, in general, the harm a judge can do to an individual is not usually so damaging (especially given that society always strives to appoint upright judges), so his “victim” will merely suffice with disparaging the judge and need not actually curse him.

However, when discussing an individual who feels wronged by a king, the Torah uses the word arur because a king’s powers are more overreaching than those of a judge, so he can potentially hurt somebody more than a judge can (especially given that kingship is commonly an inherited position and the king’s moral standing is generally irrelevant). In such a case of grave maltreatment one might be tempted to actually curse the king, not just disparage him. Because of this the Torah uses the more intense word arur when warning one not to curse a king.

Rabbi Yaakov Tzvi Mecklenburg writes that arur is a broad, all-encompassing curse that wishes all sorts of calamities and misfortunes to befall one’s adversary, while a kelalah is the word for a specific type of curse, and cannot be used to stand alone. In other words, one who curses another with an arur can simply declare that an arur shall befall him, while one who offers a kelalah must specify in what way that curse should affect his victim (i.e. he offers a kelalah that…).

Furthermore, Rabbi Mecklenburg writes that an arur can apply to something abstract while a kelalah can only apply to something which physically exists. Based on this, Rabbi Mecklenburg explains G-d’s promise to Abraham in which He says (Genesis 12:3), “Whoever curses (kelelah) you, I will curse (arur)”. G-d promises to protect Abraham so much so that whoever curses Abraham with a more specific curse — a kelalah — will receive in return an all-encompassing curse (arur) from Above.

There are two more words found in the Bible to mean curse: kavah and allah. How do these words differ from the other words that mean “curse”?

Malbim explains that kavah refers to a general curse in which one declares a certain individual and everything pertaining to him “cursed”. Furthermore, Malbim explains that kavah denotes a curse uttered in public in which the name of the cursed is stated explicitly (e.g. see Num. 1:17), while an arur does not have such connotations. On the other hand, arur refers to the practical ramifications of a curse manifested in a specific element of one’s victim (for example, his body or his property). It is related to the Hebrew word mearah which means “decrease” (see Deut. 28:20) and refers to a reduction in the net yield of, for example, his property as a result of a curse.

Regarding the curse-word allah, Radak explains that an allah is specifically a type of curse in which one expressly invokes G-d to carry out the misfortune. Rabbi Mecklenburg disagrees with this assessment and instead explains that an allah is a curse with conditions. Meaning, if one imposes a curse with certain stipulations (e.g., “Whoever does such-and-such should be cursed”), that curse is called an allah.