Coverage of Israel in much of the British media inevitably focuses on the strategic conflict in the region, settlements and treatment of the Palestinians. The commemoration of the centenary of the Balfour Declaration allowed for a more rounded approach.

It is to the credit of Theresa May’s government that Israeli Prime Minister Benjamin Netanyahu was honoured with a dinner at Lancaster House and to the shame of Labour leader Jeremy Corbyn that he was not there.

Corbyn declined to attend the dinner and then poured salt on the wound by speaking at an event hosted by Muslim Engagement and Development (Mend), whose director of engagement is former civil servant Azad Ali, an Islamist extremist who supports Hamas.

It was of little consolation that at the Jewish News/BICOM conference on Balfour held at Westminster,  Shadow Foreign Secretary Emily Thornberry declared Corbyn was a Zionist, if that meant believing in a two-state solution.

Some people in the community might have preferred Balfour to have passed by unheralded, fearful that the commemoration would draw attention to the second half of the declaration with its emphasis on protecting the rights of the indigenous Arab population.

To his credit, the Israeli Ambassador Mark Regev, in a ceremony at the New West End Synagogue, took this on directly, pointing to the civil rights granted to Israel’s minority Palestinians and contrasting it with the lack of democracy among the Arab states.

Plainly, Israel’s provision for Arab-Israelis within the Green Line is far from perfect and they lack many of the same educational, security and housing privileges of their Israeli-Jewish neighbours. But in Israel’s last budget, a record $4bn of funding was offered to Arab mayors and officials to help upgrade social cohesion for Israeli-Arabs.

The biggest benefit of the commemorations was the opportunity provided to look at history. Without Balfour, the doors to Jewish immigration to escape Russian pogroms and European anti-Semitism between the world wars would not have been open. And the Shoah, devastating as it was, might have been even more so.

Balfour provided an opportunity for modern Israel to be seen and better understood. BBC documentary The Balfour Declaration: Britain’s Promise to the Holy Land gave a strong flavour of the new Israel of high-tech and brilliant architecture. It was balanced with menacing pictures of the security wall and some Palestinian family histories that are disturbing. But it was hard to escape the fact that the reality of Israel is a modern, vibrant, combative democracy.

Politics and Middle East diplomacy was a long way from everyone’s minds when Netanyahu was invited to address the London Stock Exchange (LSE) the day after May’s dinner. Guests included FTSE companies, such asBarclays Bank, which is doing extensive financial technology R&D in Israel, as well as UK grown tech outfits, such as retailer Ocado.

He was regaled with data from the LSE’s chief executive on the importance of Israeli tech companies to the functioning of the exchange. On the main market, Israeli companies are valued at £15+bn and there is a huge present on the AIM market for smaller, growing enterprises. The LSE uses its private equity/investment platform to drum up money for Israeli start-ups.

Netanyahu may be under pressure in Israel over alleged corruption offences, but the LSE saw a prime minister very much in command of his brief. He noted that Israel, with no native car industry, was now a leader in the tech for autonomous cars, having created Waze and Mobileye – with no government intervention – on the way.

He also extolled Israel’s pioneering work in software for the healthcare industry, which may soon come to the NHS. It was a confident performance that left an influential audience impressed. A century after Balfour, Israel’s lead in technology provides a stirring new narrative. 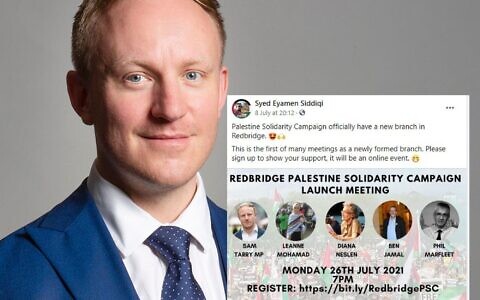 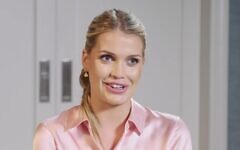 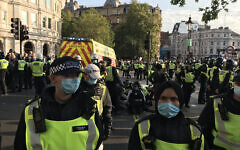 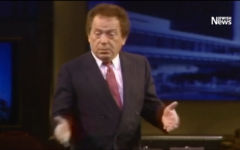 WATCH: Jackie Mason at his best: ‘In Israel, everyone’s elected for an hour and a half’