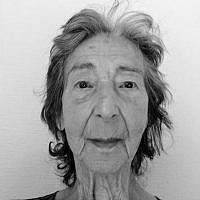 The Blogs
Nomi Benari
Apply for a Blog
Advertisement
Please note that the posts on The Blogs are contributed by third parties. The opinions, facts and any media content in them are presented solely by the authors, and neither The Times of Israel nor its partners assume any responsibility for them. Please contact us in case of abuse. In case of abuse,
Report this post.

Celebrations and events to commemorate the centenary of the Balfour Declaration have started and will undoubtedly continue until November 2, 2017, the actual anniversary.The Balfour Declaration has been described as the birth certificate of the re-established Jewish state and, indeed, it was the first time that a foreign government officially recognised the right of the Jewish people to their own land. But the Balfour Declaration itself had and has no legal validity at all. At that time, neither the British or any of the powers which supported the principle of the declaration, had any right to recognise ˜Palestine’ as anyone’s land, or to allocate it to anyone.

However, the British did not fulfil the Mandate. The first thing they did was to allocate 78% of the Mandate territory to an Arab Emir for a country called Transjordan, later Jordan They then proceeded to not only not ˜facilitate’ settlement of Jews, they actually prevented it by curtailing immigration, even to the extent of turning back or imprisoning boatloads of desperate refugees, once even to Germany. Today, the British refer to part of the land on which they were mandated to ˜secure the establishment of the Jewish national home ” as Occupied Palestinian land.

What is ˜Palestinian land? The Arab historian, Philip Hitti, wrote in 1946:

˜There is no such thing as Palestine in history, absolutely not”.

And who are the ˜Palestinians”? During the British Mandate, only the Jews agreed to being called ˜Palestinians”, and the Arabs refused. Maps of the time show clearly that, due to epidemics, neglect and malaria, much of the land was very sparsely populated indeed. So where do today’s ˜Palestinians come from?

˜Every Palestinians in Gaza and throughout Palestine can prove his Arab roots whether from Saudi Arabia, from Yemen, or anywhere else”.   Fathi Hammad, Hamas Minister of the Interior and National Security (23/12/2013)

The Balfour Declaration can add nothing to our valid claims to legal ownership of our own land. Would it not be better to start planning centenary celebrations of the League of Nations British Mandate in 1920 and its endorsement in 1922?

About the Author
ounder and director of Middle East Education, which teaches in schools on the Middle East and in particular, the Arab-Israeli conflict. Author of the talks and of resources on the website www.middleeastedu.co.uk.
Comments